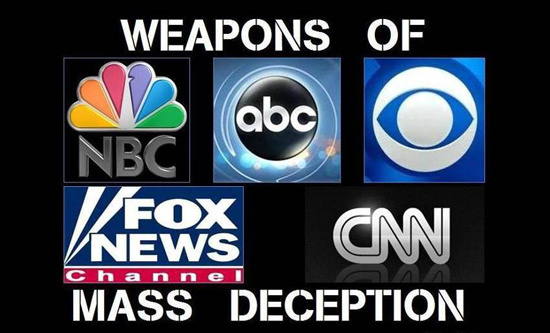 The difference may be as extreme as night and day when looking at some mainstream media (MSM) reports on events and comparing them to what actually happened.

However, in recent years, we have seen an encouraging (r)evolution in journalism as it continues to be redefined. Through alternative (independent) and social media sources, a number of us have discovered the startling revelations on how the owner/controller establishment use their MSM reporting as a tool for manipulating consensus reality to favour agenda’s, regardless of the truth.

In effect, because of alternative and social media’s exponentially increasing numbers of awakened individuals seeing right through MSM’s phoney boloney and exposing it en masse, the establishment’s control of the narrative is failing.

In a desperate attempt to claw back that control, the establishment will use the ‘fake news’ label to censor the alternative and social media. For instances, the European Union has told Facebook to get rid of the ‘fake news’ or face the music, while the UK parliament makes enquiries in to ‘fake news’.

In other words, the establishment are censoring what they can’t control. The ‘fake news’ labelling will:

– Backfire, by serving as an indicator to the awakened public that the censored item/items will be something the establishment doesn’t want them to know about, so as a consequence, will gain greater attention.

– Become a ‘status symbol’ for originators of the alternative/social media sources to want to achieve.

– Be futile, as there are a number of ways to get past the censorship, such as, for example, setting up outlets different to the current social media giants who, by the way, are data sources for government spying agencies such the NSA.

Following on from point 3, could be ‘suicide’ for the MSM outlets, as their popularity will further dwindle through more and more people boycotting.

Start the MSM outlets off by censoring the ‘obvious hoaxes,’ but as time goes by, in the way of the totalitarian tiptoe, they will eventually try and filter everything that goes against the wishes of the ruling establishment.

Officially, that will mean everything the MSM says is factual! – Which will be nothing more than ‘credibility suicide’ for the MSM.

Thus, the idea of thinking that through censoring alternative/social media sources by labelling it as ‘fake news’ while the MSM has total control over the narrative is nothing short of delusion. It simply will not work.

MSM – Talk about a kettle calling a pot black

Indeed, a number of us know that the real fake news comes from the MSM.

The prevaricating, misleading, biasing, lying corporate controlled, politically agendized MSM, with their presstitutes, devoid of morality, conscience and respect for truth have given us such things as:

– The man-made global warming hoax;
– The lies that vaccinations are safe and effective;
– Playing a part in falsely justifying mandatory healthcare practices having no sound science and other restrictions threatening our health freedom;
– Countless false claims, like the one about the weapons of mass destruction in Iraq and the Washington Post’s fabricated story that the Russians hacked the US presidential election;
– Reporting staged propagandized psyops while knowing that they are hoaxes, such as those related to the manufacture of fake terrorism;
– Reporting wars based on false pretexts.

– Telling you that WTC7 has collapsed some 20-odd minutes before it actually came down and not mentioning that it was due to the work of Hob Goblin Larry Silverstein and his controlled demolition team;
– Biased academia with its narrow academic approaches and challengeable major assumptions.

The MMS – A major enemy

Make no doubt about it, the entire Western-World ruling elite owned and controlled MSM propaganda machine is a humanity-destroying, major enemy to we-the-people. Shamelessly complicit in major crimes the despicable MSM have:

– Covered-up monumental war crimes such as those committed by US presidents Obama, Bush and Clinton, UK Prime Ministers Cameron and Blair involving the serious injury and killing of millions of innocent men, women and children in the affected countries.

– The MSM have also falsely justified the related military actions. These leaders and the other complicit excuses for human beings in the MSM should be put on trial for their heinous war crimes.

– An involvement in stirring up high tensions between Russia and the West, which directly endangers the life of every human on Earth, as well as other life forms.

– With their acts of commission and omission have allowed further advancements in the arms race, while encouraging and taking sides with belligerent bellicose politicians and military personnel, and reporting using such enticing headlines as ‘War Is On the Horizon’.

– Allowed unimpeded advancement of the militarized police state by, for examples, leaving its extreme police pettiness and unprovoked violence on innocent citizens unreported.

– Legitimized other crimes such as those connected to perjury, false eyewitness testimony, reporting events and circumstances that never happened. Indeed the list goes on and on.

The ‘fake news’ label is nothing more than an excuse for the ruling elite’s establishment to have complete control over the press. It is a stealthy way to silence a dissenting public.

To think that this censorship will work effectively is a delusion. Who decides what is true and what is fake news? Consequently, the MSM will commit creditability suicide.

‘Fake news’ censorship is undemocratic and unconstitutional fascism. It threatens to strip away our freedom while the criminals complicit in its acts of omission and commission continue to get away with it.

With so many people waking up to the lies of the MSM and its ties to political and corporatist agendas, the influence of the MSM will further dwindle due to a lack of support through growing mistrust.

The solution is to boycott the debunked MSM while supporting the alternative media as a healthy free press.

Climate Change – Everyone is on One Side of the Boat