They Knew It Was Going To Happen 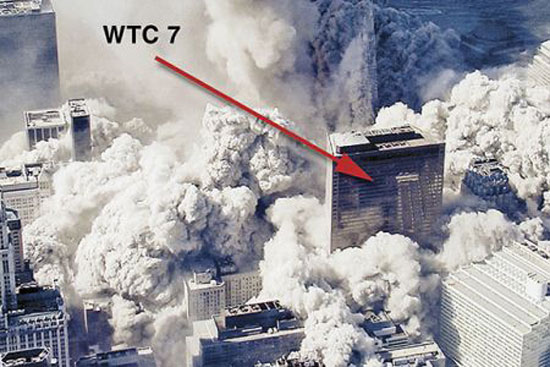 The attacks of September 11th, 2001 will forever be mired in doubt and suspicion by millions of people who saw the events live on their televisions. Almost immediately following the attacks theories began to emerge.

Were the hijackers operatives for a Western intelligence service?
How did a passport from one of the terrorists survive completely unscathed, only to be found later amidst the rubble of the Trade Centers?
How did WTC Building 7 collapse even though it was never struck by an airplane?
Why was President George H.W. Bush meeting with members of the Bin Laden family at the very moment of the attacks?
Were the planes that hit the buildings actually commercial airliners or were they remotely operated drones?
Why was the entirety of Ground Zero quickly sanitized and shipped to China for recycling before any investigation ever took place?
And, what are the odds that on the very day terrorists used planes to attack the Pentagon and World Trade Centers, the U.S. military was holding exercises simulating hijackers crashing planes into buildings, a circumstance that led to total confusion across the United States and a complete failure of national defense? 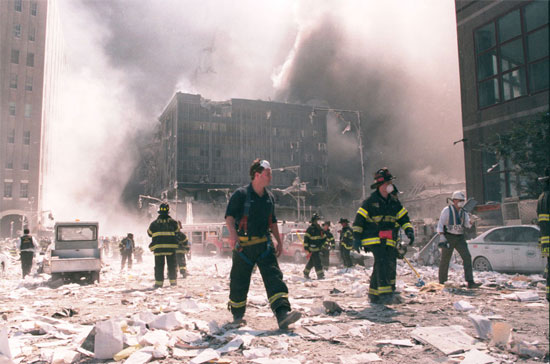 These questions and thousands more have been the subject of fervent debate for over a decade, and like the Kennedy assassination, may never have an official answer. But just as has been the case with the investigation of JFK’s murder, new details and evidence continue to emerge surrounding the events of that day.

In a shocking report published by The Sun, former Federal Emergency Management Agency employee Kurt Sonnenfeld said he has evidence proving that certain insiders were privy to the attacks, perhaps even including President George W. Bush.

Kurt Sonnenfeld was working for the US Federal Emergency Management Agency, an organisation tied to the US Department of Homeland Security, when the terrorist attack on the World Trade Center took place. After the planes crashed into the building, Kurt was given unrestricted access to ground zero – the site where the buildings once stood. Armed with camera gear, the 39-year-old was asked to film everything he saw. His documented evidence was supposed to form part of a report about what happened – but he never handed back the footage.

He said they want to silence him over what he saw beneath World Trade Center 6, evidence he is convinced paints the Bush Administration as big players in the deadliest attack on American soil. Sporting bleached blond hair, Kurt wove his way through the rubble of Manhattan’s downtown financial district. He shot hours of footage. He says inside the building he came across a vault that had been cleared of its contents before the planes struck. 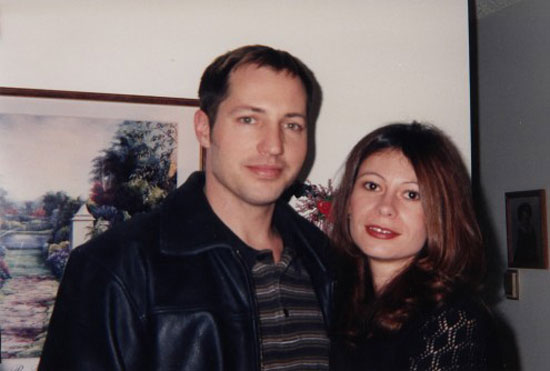 Kurt and Nancy Sonnenfeld
In a documentary filmed in Argentina, Kurt said the discovery is proof that America knew the attacks were coming, at the very least.
“One thing I’m certain of is that agencies of intelligence of the United States of America knew what was going to happen and at least let it happen,” he said.
“Not only did they know it was going to happen, but they in fact collaborated.”

It is given weight by a similar discovery on a basement door below World Trade Center 4. According to a New York Times article, the door to a vault was still intact but it appeared as if somebody had tried to gain entry. Behind the vault door were nearly a thousand tonnes of silver and gold. According to 9/11 Research, the vault under WTC 4 was reportedly owned by Comex.
Reports describing the contents of the vaults before the attack suggest that nearly $1 billion in precious metals was stored in the vaults. A figure of $650 million in a National Real Estate Investor article published after the attack is apparently based on pre-attack reports.

An article in the TimesOnline gives the following rundown of precious metals that were being stored in the WTC vault belonging to Comex.
Comex metals trading: 3,800 gold bars weighing 12 tonnes and worth more than $100 million;
Comex clients: 800,000 ounces of gold with a value of about $220 million;
Comex clients: 102 million ounces of silver, worth $430 million;
Bank of Nova Scotia: $200 million of gold.

It is of note to mention that Sonnenfeld’s wife died under mysterious circumstances shortly after he carried out his investigation. The cause of death? A bullet to the back of the head. Sonnenfeld was charged with the murder but those charges were eventually dropped, at which point he fled to Argentina. He has since remarried and had two children. The U.S. Department of Justice is attempting to extradite Sonnenfeld back to the United States where he is once again being charged with his wife’s murder. But Sonnenfeld says that the reasons behind the U.S. government’s push to bring him back to America are more nefarious than they are letting on, alluding to his intimate knowledge of the 9-11 Ground Zero crime scene as a potential reason for taking him into custody.

We know for a fact that gold was being stored under Trade Center 4. Perhaps similar riches were being stored under WTC 6. That the vault was completely empty when Sonnenfeld carried out his investigation certainly suggests foreknowledge by highly placed insiders.