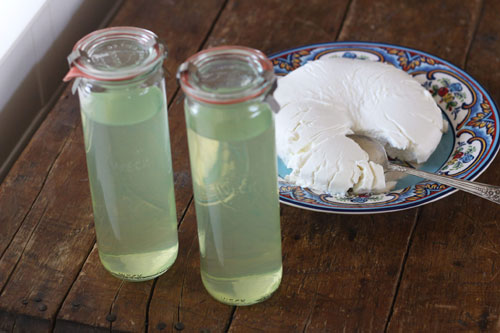 Whey might be a byproduct of the cheese-making process, but it’s still an excellent source of essential nutrients. Those from traditional fermented cheese, in particular, can even prevent atherosclerosis, according to researchers from Xinjiang Medical University in China. The study, which was published in BMC Complementary and Alternative Medicine, looked at whether whey from traditional fermented cheese can improve symptoms of atherosclerosis. It also identified lactic acid bacteria (LAB) and yeasts present in the liquid.

To determine the efficacy of whey from traditional fermented cheese, researchers used a rabbit model to mimic the effects of atherosclerosis, that is, the abnormal buildup of plaque in the arteries. Atherosclerosis may look harmless at its onset – but it’s the precursor of most cardiovascular diseases, such as coronary heart disease and peripheral artery disease, and chronic kidney diseases. In the study, researchers looked at whey, in particular, its traditional use among the Kazakh people as a blood lipid regulator. This claim had been previously supported during earlier attempts to understand whey, with studies concluding that it contained active peptides that reduce atherosclerosis and protect the cardiovascular system from various risk factors. The probiotic content of whey, especially Lactobacillus and Bifidobacterium, and the presence of yeast species such as Saccharomyces boulardi were also noted to greatly contribute to its anti-inflammatory and immune-stimulating effects.

For this study, researchers induced atherosclerosis in rabbits by feeding them a standard chow diet fortified with lard, sugar, and cholesterol for 12 weeks. After the rabbits had started to develop plaques around their arteries, researchers treated them with either whey from traditional fermented cheese or simvastatin, a common drug for reducing lipid levels. The rabbits were given their assigned treatment once daily for four weeks, after which the researchers took blood samples from the abdominal aorta for further testing. The aorta was also harvested for tissue analysis. In vitro studies were also conducted to determine the LAB and yeast content of whey from traditional fermented cheese.

The findings revealed that treatments with whey significantly improved the rabbits’ lipid profile and reduced all atherogenic biomarkers. This indicated that whey from traditional fermented cheese had a preventive effect against plaque buildup, a hallmark symptom of atherosclerosis. Researchers also identified seven LAB species in whey, including L. casei, L. helveticus, L. plantarum, and L. lactis, which they believed gave whey its cardioprotective effects. Earlier research had established that consuming probiotic-rich foods could greatly improve cholesterol levels, minimizing the risk for cardiovascular diseases. Researchers also found that whey from fermented cheese contained the fungus S. unisporus and a closer analysis revealed the presence of palmitoleic acid, a compound with potent antioxidant properties. This is an important quality of whey, as the oxidation of low-density lipoprotein, especially in blood vessel walls, is a key factor in atherosclerosis.

“The current study indicates that 7 LAB and 2 yeasts identified from TFCW (traditional fermented cheese whey) have significant anti-atherosclerotic potential in atherosclerotic rabbits and may modulate lipid metabolism and protect the aorta in the atherosclerotic condition,” researchers concluded in their report.

Naturally cleaning your arteries with food

Cardiovascular disease, the leading cause of mortality in the world, usually starts with atherosclerosis. Here are some foods that you can eat to prevent plaque buildup in your arteries:
• Asparagus – It’s full of fiber and can help prevent blood clots;
• Avocado – Using it as a replacement for salads can reduce blood pressure;
• Broccoli – Eating up to three servings of broccoli in a week activates sulforaphane, a compound that prevents plaque buildup;
• Spinach – One serving of spinach can help reduce homocysteine levels, a major risk factor for cardiovascular diseases.

9 Ideas to reduce stress in your life