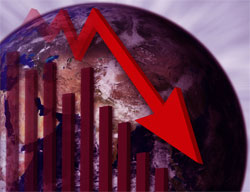 The economy has gone suicidal.
It is working against the very people who need its energy to survive. It is collapsing on its own weight and the weight of literally incalculable levels of toxic debt. And it is going to create the greatest disaster of our time, if the warnings from the world’s most powerful bankers are any indication.

While the general population is obsessed with the details of the world’s most entertaining and bizarre election in American history, the big banks are gearing up for a deadly serious economic collapse.
Just during the past few weeks, there have been major discussions about stock markets dropping, the insolvency of Europe’s biggest investment bank, the mounting debt crisis and a deeper, long-term decline for “everyday Americans”.

Here’s what you probably missed while the Hillary-Trump cage match has taken over the collective psyche: 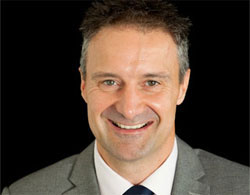 The U.S. stock market is artificially propped up by the Federal Reserve, but their ability to stimulate the economy has worn off. Immunity has set in and they’ve got nothing left. It is only a matter of time until Yellen raises rates. When the shoe drops, everything falls with it.

Via Business Insider:
“Recently, in a note to clients, Murray Gunn – the head of technical analysis for HSBC – said he had become on «RED ALERT» for an imminent sell-off in stocks given the price action over the past few weeks.
[…]
In late September, Gunn said the stock market’s moves looked eerily similar to those just before the 1987 stock market crash. Citi’s Tom Fitzpatrick also highlighted the market’s similarities to the 1987 crash. «With the US stock market selling off aggressively on October 11, we now issue a RED ALERT» Gunn said.” 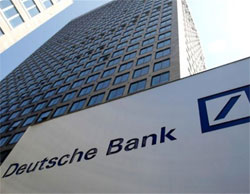 Germany’s – and Europe’s – largest investment bank is in the midst of a terrible crisis with its balance sheets, overloaded with toxic debt that is big enough to topple several continents. Goldman Sachs and others, of course, have echoed their concerns.

According to the New York Times:
“The focus of investors has shifted from the level of capital to the business model, and that is why banks are under pressure”, said Peter Dattels, deputy director in the I.M.F.’s capital markets division.

In their report, the fund’s economists argued that the problems with European banks were deeply structural: a toxic brew of low levels of capital, troubled loans and business models that no longer delivered profits in an era of low growth and negative interest rates.

Economists and regulators have argued that Deutsche Bank, given its size and culture of risk-taking, poses more of a risk to financial markets than its peers in Europe and the United States.

As per usual with the haunting specter of 2008, Deutsche Bank’s demise threatens contagion on a global basis and will almost certainly infect U.S. markets as well.

3. Bank of America Warns That a Recession is Imminent and Unavoidable 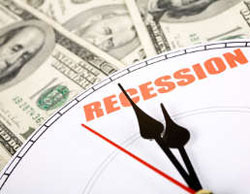 As the alternative media reported, even the big banks are being forced to admit that stimulus is no longer working and that consequences are happening. The Fed’s disastrous rescue plan after the 2008 financial crisis has left the U.S. economy in a fragile and vulnerable state.

“We are seven years into a full-fledged, all out, central bankers doing everything they can to stimulate demand”, Bank of America-Merrill Lynch’s head of U.S. equity and quantitative strategy Savita Subramanian warned on CNBC’s Fast Money.

“We looked at all of these indicators that have been pretty good at forecasting recessions and we extrapolated that if they follow the current trends they’re on, we’re going to hit a recession sometime in the second half of next year[2017].”
“What scares me is the market being so fragile.”

Again, we’re playing with musical chairs here, not theoretical possibilities. The recording will end and play time will be over.

4. Macquarie Group’s Leading Investor Warns That the Private Sector Will Never Recover From QE3 (the third round of quantitative easing launched by the Federal Reserve)… and the Age of Human Jobs Is Over 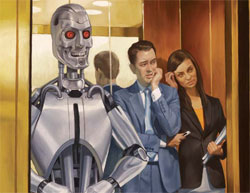 Federal Reserve monetary policy has absolutely eviscerated small businesses. Even typical players in investment markets are no longer able to get returns in private investment. This is forcing a de facto state-run economy and to make matters worse, all the humans are about to be laid off as robots take their jobs. In the coming decade 3.5 million truckers will lose their jobs and along with them will go waitresses, secretaries, teachers, office workers and much more. What then?

Via The Epoch Times:
“Global central banks with their easy money policies of negative interest rates and quantitative easing are working against a debt deflation scenario, with limited success, according to Viktor Shvets, the global strategist of Macquarie Group. «That was the entire idea of aggressive monetary policies: Stimulate investment and consumption. None of that works, there is no evidence. It can impact asset prices, but they don’t flow into the real economy» he said. «There is no productivity on a global basis… The private sector will never recover, it will never multiply money again.»”

5. The Bank for International Settlements – the Central Bank of Central Banks – Warns of Chinese Economy Meltdown 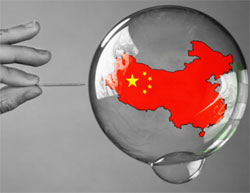 Our financial problems are global in nature and markets in China are just as vulnerable to collapse. Basically, all the major economies are playing the same dangerous shell game.

The pinnacle of the global financial system is warning that conditions are right for a “full-blown banking crisis” in China. Since the last financial crisis, there has been a credit boom in China that is really unprecedented in world history. At this point the total value of all outstanding loans in China has hit a grand total of more than 28 trillion dollars. That is essentially equivalent to the commercial banking systems of the United States and Japan combined.

The Bank for International Settlements warned in its quarterly report issued in September 2016 that China’s “credit to GDP gap” has reached 30.1, the highest to date and in a different league altogether from any other major country tracked by the institution. It is also significantly higher than the scores in East Asia’s speculative boom on 1997 or in the US subprime bubble before the Lehman crisis.

But of course there is more.

Put this together with the downright eerie predictions of ranking figures in Goldman Sachs and JP Morgan Chase. 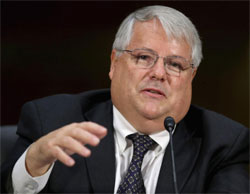 Goldman Sachs warns that the “Third Wave” of the financial crisis is upon us, and will be the worst phase of it yet:
“This wave is characterized by rock-bottom commodities prices, stalling growth in China and other emerging-markets economies and low global inflation”, Goldman Sachs analysts led by Peter Oppenheimer said in a big-picture note.

This triple whammy has its roots in the response to the first two waves of crisis – the banking collapse and European sovereign-debt crisis – and it is all part of the so-called debt super-cycle of the past few decades.

JP Morgan Chase CEO Jamie Dimon warned last year [2015] that a “volatile crisis” is coming.
He is preparing his firm to dig deeper into control over the digital grid and the fees, penalties and surcharges that go along with it.

The trigger to the next crisis will not be the same as the trigger to the last one – but there will be another crisis. Triggering events could be geopolitical (the 1973 Middle East crisis), a recession where the Fed rapidly increases interest rates (the 1980-1982 recession), a commodities price collapse (oil in the late 1980s), the commercial real estate crisis (in the early 1990s), the Asian crisis (in 1997), so-called “bubbles” (the 2000 Internet bubble and the 2008 mortgage/housing bubble) etc. 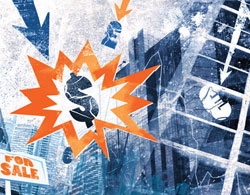 These „reaction” transactions of the next financial crisis will be intensified by the new financial terrain:
– automated, rapid via computers, algorithms, big data;
– “shallow markets” and threatened with “illiquidity”;
– positioned to charge for deposits and transactions while less likely to lend and returning little or no interest;
– vulnerable to cyber theft and subject to account freezes;
– market “depth” limited by gravity of actions of big fish in the pond – big banks, Federal Reserve bond purchases, derivatives moved by enormous players and rapid computerized trades; dark pools of billionaires steering big deals from the shadows.

What do they know that we don’t, and how bad is it going to be? More importantly, are you prepared to survive such a crisis?