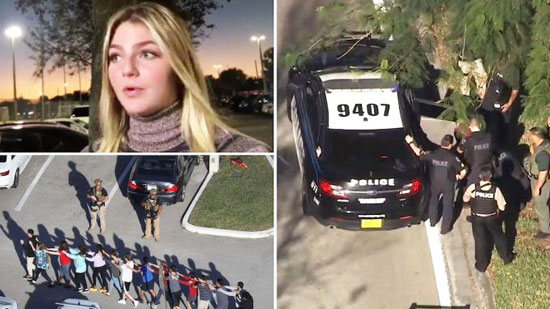 The mainstream media narrative about the Florida school shooting has been debunked by explosive eyewitness interviews that confirm there were multiple shooters involved in a coordinated attack.

The mass shooting in Parkland, Florida is one of the worst school shootings in U.S. history, with at least 17 confirmed dead. However mainstream media has chosen to push a false narrative in order to further their agenda and sow organized chaos in the United States.

They have presented the shooter, Nicholas Cruz, as a teenage misfit who supports Trump, hates Muslims, and likes wearing his MAGA (Make America Great Again) cap in public. Mainstream outlets are using this “event” to tell their audience that “Trump supporters are the face of terrorism in the U.S. today”.
Unsurprisingly, they are also using the “event” to call for a ban on guns.

But a closer look at what happened in Parkland, Florida reveals a very different narrative to the one mainstream media are pushing. Eyewitness reports from inside the school, claiming there were multiple gunmen involved in a coordinated attack are being hushed up.

After telling a KHOU-TV reporter that she spoke to Nicholas Cruz after the attack, former student Alexa Miednik says that mainstream media’s version of events does not stack up. She was walking with Cruz just after the gunfire. He was unarmed. “The shots were coming from the other side of the building. So there definitely had to be two shooters”, she said.

Alexa Miednik is not the only survivor claiming there were multiple shooters involved in the carnage at Marjory Stoneman Douglas High School.
The internet is also being scrubbed of any evidence Nicholas Cruz may not be the young man mainstream media is saying he is. Social media giants are assisting in this cover up. Within one hour of the attack, Facebook-owned Instagram deleted one of the two Instagram accounts belonging to Nicolas Cruz. 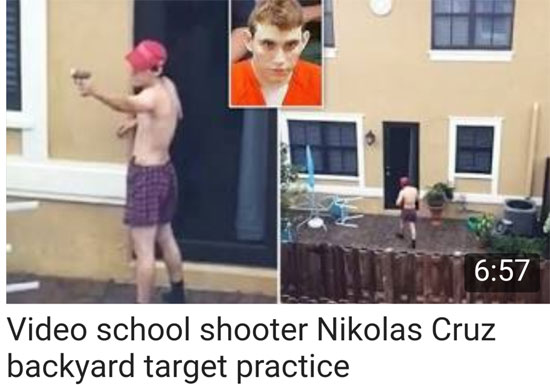 One of Cruz’s accounts displayed a fascination with Islam and Islamic extremism; the other one showed Cruz wearing a MAGA cap and contained photos of him killing toads.
If you guessed that Instagram removed the one related to Islam while leaving up the profile of Cruz wearing the MAGA cap, you got it right. Why would they remove that one but keep the MAGA cap account up for longer? To control the narrative as this story develops. Unfortunately for them, users captured screenshots of both accounts.

In a situation reminiscent of the Las Vegas shooting, the scores of wounded and dead are being used by the elite to further their nefarious agenda.
And as usual, there was a drill taking place at the scene of the shooting on the day it happened. According to the Miami Herald: “When the fire alarm rang near the end of the school day at Marjory Stoneman Douglas High School in Parkland, teacher Ernest Rospierski assumed it was a ‘code red’ drill.
Earlier that day at a staff meeting, teachers had been told there would soon be a ‘code red’ or ‘lockdown’ drill – in which teachers and students practice their response to an immediate threat.”

The official narrative surrounding Nicholas Cruz became even murkier when TV viewers noticed he was not delivered to hospital as claimed by mainstream media. Instead an empty stretcher was carried into the hospital:

Anybody who looks into the information available to them on the internet will arrive at the same conclusion. Unfortunately anybody who relies on mainstream media for their information will be force-fed a very different conclusion.

The questions must be asked: why is the mainstream media covering for the real perpetrators of the crime? Why are they attempting to rewrite Nicholas Cruz’s past and erase his real political interests?

There is an active campaign to sow division and create chaos in the United States. Organized groups are working on behalf of global organizations with the most nefarious of goals. We need to wake up and stop believing everything fed to us by the mainstream media. They have proven themselves completely unreliable.