Flu vaccines are an IQ test… a deadly one (II) 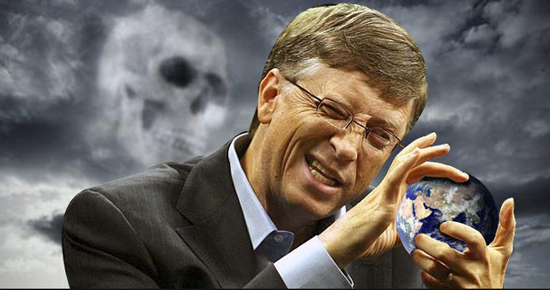 Humanity is being assaulted in a chemical warfare attack right this very minute. The war, however, is silent, insidious and even described as a form of “medicine” to help improve public health. Yet at the very top of the globalist pyramid, the most powerful pro-vaccine voices like Bill Gates have long known exactly what was going down. That’s why Bill Gates, with great precision, explained: “The world today has 6.8 billion people… that’s headed up to about 9 billion. Now, if we do a really great job on new vaccines, health care, reproductive health services, we could lower that by perhaps 10 or 15 percent.”

They might reduce fertility and therefore dramatically lower birth rates around the world, thereby reducing the world population over successive generations. This “soft kill” method might seem more acceptable to scientists who want to see the world population fall but don’t quite have the stomach to outright kill people with conventional medicine. There is already evidence that vaccines may promote miscarriages…

Keep in mind that since then, we’ve also seen scientific proof from a CDC-funded vaccine study that found vaccines cause spontaneous abortions, killing the unborn children. The head of the CDC has also recently been forced to resign over a deep corruption scandal that just got exposed. It turns out the director of the CDC was purchasing stock shares in Merck, one of the world’s largest vaccine manufacturers, so that she could personally profit from the sales of vaccines that are being pushed by the CDC itself (using mass media fear mongering over the flu season, of course).

The weaponization of vaccines into covert sterility drugs is just the beginning… what’s really happening is a run-up to a deliberate, deadly pandemic that significantly decreases human population on planet Earth

By now, you’ve probably come to realize that alternative media is consistently years ahead of the curve on calling out the shocking truths regarding medicine, vaccines, shadow government and fraudulent science. You’ll also note that everything in this article has been exhaustively cited, including the Catholic Bishops’ statements, the science paper, the CDC/Merck scandal. Everything you are reading here is rooted in factual truth. That’s why we urge you to take the following seriously.

Vaccines could be used to promote a pandemic wipeout of human populations via medically-induced vulnerability to infections (caused by vaccines). They might increase the death rate from a future pandemic. Theoretically, widespread vaccination efforts could be followed by a deliberate release of a highly virulent flu strain with a high fatality rate. This “bioweapon” approach could kill millions of people whose immune systems have been weakened by previous vaccine injections.

In support of this, we now have confirmatory evidence that flu vaccines make people more vulnerable to influenza in subsequent years. From the Vaccines.news article Bombshell: Flu shots scientifically proven to weaken immune response in subsequent years:
“A medical study conducted at the Ohio State University Wexner Medical Center found that women who received flu vaccines had a weakened immune system response in subsequent years.
Lisa Christian, PhD, the lead researcher on the study, concluded: ‘Growing evidence shows that those who received a flu shot in the prior year have lower antibody responses in the current year.’
The study proves yet again that the official narrative of the flu shot industry – and its complicit corporate-run media – is false and deliberately deceptive. Far from offering bulletproof protection, flu shots actually make people more vulnerable to influenza infections, which of course contributes to more people catching the flu and then falsely thinking they need more flu shots for ‘more protection’.”

Has the depopulation “weaponized” flu already been unleashed? 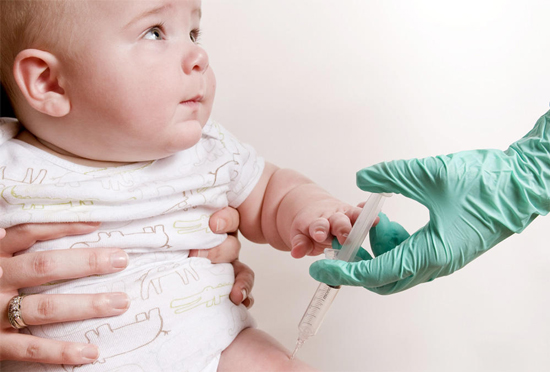 Look around you. What have you been seeing recently in the news about flu deaths? If you’re paying attention, you’re probably hearing that flu deaths this year are the worse they’ve ever been in recent memory. The flu season is “the worst in nearly a decade” touts a USA Today article that dutifully pushes more vaccines as the answer. A day later, the propaganda rag can’t help but ask “Flu season: Why are [healthy] people dying from it?”.

USA Today, you see, is totally perplexed about why healthy people are dying from influenza. The scientifically illiterate newspaper also can’t figure out why the more people get vaccinated, the more likely they are to die from the flu.

What they fail to report, of course, is that it’s actually vaccinated people who are doing the most dying. The vaccines, you see, are deliberately weaponized to turn a person’s own body against her in exactly the same way the hCG chemical causes an African woman’s body to be “weaponized” against its own child. The use of vaccines as a depopulation vector is not a loony conspiracy theory; it is an established, published scientific fact that has been verified by multiple chemical analysis laboratories. If you believe in science, you must follow the real evidence, even if it leads you to conclusions that seem offensive to your incomplete worldview. In truth, there are active depopulation efforts under way right now, and vaccines are the perfect vector to inject people with a cocktail of RNA fragments and chemical compounds that might achieve infertility, spontaneous abortions, early death or any number of goals that are targeted by depopulation globalists such as Bill Gates.

Note that nobody seems to ask what ingredients are added to vaccines, and we have yet to meet even one conventional medical doctor who has any idea what vaccines actually contain, other than weakened viral fragments. (The CDC openly states that vaccines contain a variety of neurotoxic chemicals such as MSG, formaldehyde, mercury, antibiotics and so on.)

There is a joke that flu vaccines are a “nationwide IQ test” in the US, meant to weed out the naive people in the human gene pool. Although this was uttered as a crude joke, it turns out to be prophetic. People who agree to be vaccinated are, quite literally, subjecting themselves to a chemical assault from any number of covert chemicals which are spiked into vaccines for nefarious purposes.

In essence, the vaccine industry is attempting to do exactly what the Nazis did to the Jews, except they’re doing it with vaccine chemicals instead of Zyklon-B. It’s no coincidence, by the way, that the same chemical conglomerate which once developed and manufactured Zyklon B is now a global manufacturer of vaccines. The company is known as Bayer and it was deeply engaged in crimes against humanity.

After World War Two, scores of suspected Nazi war criminals were prosecuted by the Allies in the Palace of Justice in the city of Nuremberg, the birth-place of the Nazi Party. Among the industrial prisoners charged with crimes against humanity were 24 managers of IG Farben, an organization without whom, according to U.S. Chief Prosecutor Telford Taylor, the Second World War would not have been possible.

In 1925, IG Farben, Interessengemeinschaft Farben, (Association of Common Interests), became a powerful cartel of German chemical and pharmaceutical companies such as Bayer (the aspirin manufacturer), BASF, AGFA, and Hoechst (now known as Aventis.) By 1933, the IG Farben group had become the largest chemical and pharmaceutical corporation in the world. And even today, although it doesn’t use the name IG Farben, its companies remain the most powerful transnationals on the planet in pharmaceuticals, chemicals, and agro-chemicals. 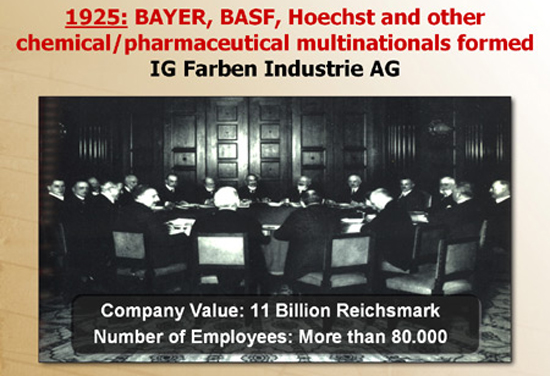 The IG Farben cartel was crucial to the Nazi war effort by supplying synthetic fuel, rubber, and other chemicals. They also manufactured Zyklon-B, the nerve gas used to kill millions at the concentration camps of Auschwitz, Birkenau and elsewhere. The cartel, later known as the Devil’s Chemists, used unwilling inmates of the concentration camps as slave laborers and guinea pigs to test chemicals, pharmaceuticals, and vaccines. Tens of thousands died, and those who became too ill to be of any use were murdered in the gas chambers.

Dr. Fritz ter Meer, a director of IG Farben who was directly involved in developing the nerve gas, Zyklon-B, which killed millions of Jews, was sentenced to seven years in prison but was released after four years through the intervention of Rockefeller and J.J. McCloy, then U.S. High Commissioner for Germany. An unrepentant Fritz ter Meer, guilty of genocide and crimes against humanity, returned to work in Bayer where he served as Chairman for more than 10 years, until 1961.

Yes, the very same company that now manufacturers vaccines was once run by an actual Nazi war crimes criminal who used chemicals to commit genocide.
And it seems nothing at all has changed. Except that now instead of merely the Nazi state-run media promoting the genocide, today the entire corporate-controlled mainstream media is pushing the same genocidal medicine in the name of “public health”.

Now you know the truth that the vaccine deep state has been desperately trying to conceal. You also know why every effort has been made to publicly discredit the reputation, scientific research and journalism of health practitioners who try to reveal these information, in order to prevent the public from learning the truth about the weaponization of vaccines and the ongoing global depopulation agenda.

Share this article with everyone you know is interested. Open the eyes of others, and you just might save the lives of fellow human beings who have already been targeted for extermination by the vaccine depopulation industry.

If people won’t take this in straight, let’s try a lateral approach.
How’s your IQ? If you want to have children, or keep them, then don’t vaccinate. Join the growing number of aware people. The medical system is not there for your health. On the contrary, it’s there to make money from killing you slowly to begin with. Every medicine has to have an LD by law. What’s an LD? Check it out. Look on the medicines you are taking. Think about it. Do you need an LD at all?

Tip: according to Collin’s Dictionary, LD is “abbreviation for lethal dosage: usually used with a subscript numeral showing what percentage of a test group of animals dies as a result of either being given a substance being tested on them or being exposed to ionizing radiation”.

Jim Carrey – ‘The Need For Acceptance Will Make You Invisible’