Forget Russia, Trump Could Be Setting up a New Cold War with China 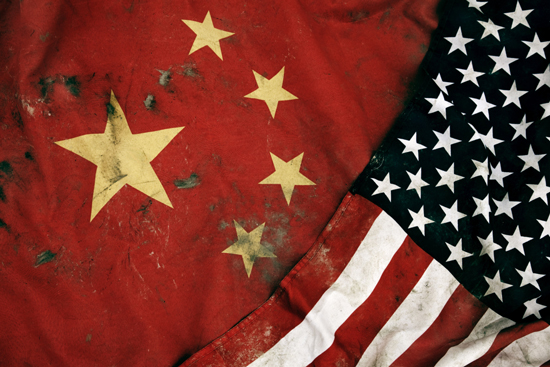 In a lengthy editorial published on January 24th, TIME magazine chronicled the actions taken by both China and the United States in the buildup to what many are speculating could be a coming cold war. The article suggested that some, if not most of the tension is rooted in the Trump administration’s outdated view of China as a Soviet-era communist state.

“For many in the Trump camp, I don’t think they believe the Cold War with China ever ended,” Scott W. Harold, a China specialist for think tank Rand Corp., told TIME. “They think that America just hasn’t been fighting.”

Highlighting a bit of Cold War-era history, TIME notes that the United States once sought closer relations with China as a means to combat the Soviet threat:

“In an attempt to sideline Moscow, Washington was willing to engage with China in the hope that it would reform, open up and democratize. But the latter never happened, and on democracy and human rights these two blocs remain at ideological loggerheads.”

This ideological disagreement – or, as Scott W. Harold surmises, this perceived disagreement – may be a very large part of the prejudice that highly nationalistic President Donald Trump seems to have toward China.

And Russia, once again, is proving to be an issue in U.S.-China relations.

Trump has proven himself eager, if not willing, to cooperate with Vladimir Putin’s Russia. In fact, the U.S. president stated he would be open to the idea of conducting joint airstrikes with Russia against ISIS.

As such, and as another analyst warns, this prejudice against China is something Trump will have to get over if he has any true wishes to work with the Asian superpower. The reason for this, of course, is that China has grown to become the primary ally of the United States’ former Cold War adversary.

“We are going back to a world where you can’t consider the U.S.-China relationship without also considering Russia,” Professor Rana Mitter, China specialist at Oxford, told TIME.

Trump’s misperceptions about world affairs extend beyond political ideology, however, according to the co-founder of a highly successful tech company in Xiamen, China. Xu Ayi of Newyea – a company setting the standard in the contactless charging devices market – says the new American president has failed to see how the world has fundamentally changed. And the world, says Xu, no longer views China as a threat as Trump and his team do:

“‘Made in China’ has new meaning today, and the world is opening up, but Trump is trying to close the U.S. Trump’s a bad apple and even Americans need to worry about him.”

Whether or not there’s true cause to worry, the back and forth between the United States and China will no doubt proceed into the foreseeable future, as Trump’s “America First” rhetoric will continue to bump up against the Asian superpower’s intractable “One China” stance.

And this, according to Zhu Feng, a professor of international relations at Nanjing University, is reason enough to prepare for things to get ugly: “We cannot exclude the possibility of a new cold war.”