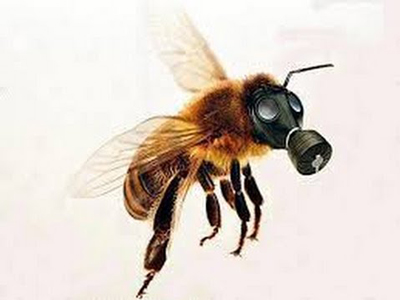 Could aluminum be playing a role in the devastating decline of bee populations? There have been seemingly endless debates about what is killing off the species responsible for making honey. Everything from pesticides to pollution has been suggested as a possible cause for the dramatic decrease in bees.

Several species of bees have already been added to the endangered species list. In the fall of 2016, the U.S. Fish and Wildlife Service announced that seven types of yellow-faced bees, native to Hawaii, would be deemed “endangered.”

Research published in the journal Public Library of Science One has linked the metal as a contributing factor to the rapidly descending numbers of bumblebees. The study, led by the University of Sussex, found that mean aluminum content in bee pupae had a negative impact on bee colonies’ average pupal weight. No other effects were immediately seen. However, the team stated that bees rely heavily on cognitive function to survive and that the high aluminum levels found in the colonies were extremely concerning given that it is a neurotoxic metal. Aluminum has been linked to conditions like Alzheimer’s disease in humans. (Note that aluminum is also one of many toxic metals and ingredients still used in vaccines given to children.)

The scientists said that the amount of aluminum found in the bee pupae was more than enough to cause brain damage in a human. Levels of 13 to 200 parts per million were found among the bee colonies’ pupae. For context, just 3 parts per million is considered to be enough to damage human brain tissue.

Professor Chris Exley, an expert on human exposure to aluminum, from Keele University even posited the question, “[A]re we looking at bees with Alzheimer’s disease?”

Another study, conducted by researchers from the University of Pittsburgh, found that bees were at risk of consuming toxic amounts of aluminum and nickel from flowers that grow in contaminated soil.

Where is the aluminum coming from? 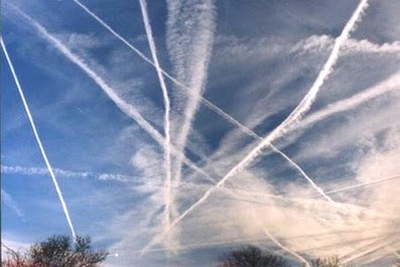 One possible avenue for soil to become contaminated with aluminum is through geoengineering. Kristen Meghan, an ex-military whistleblower came forward some time ago about the experiments being conducted. Meghan spent nine years on active duty in the U.S. Air Force in Bio-environmental Engineering. When she first learned of the chemtrail conspiracy, she set out to prove it wrong. But her investigations only led her to believe that the conspiracy was a reality, and that the government really is spraying toxins into the air over our heads. Aluminum barium, strontium oxide, and sulfates were all found in samples of not just soil, but also air and water.

Not too long ago, Dr. Russell Blaylock expressed his concern over the aluminum content of chemtrails. Dr. Blaylock maintains that these nano-sized particles being sprayed via aerosol can be even more harmful to body tissues, due to their increased reactivity and ability to be absorbed into tissue more easily. Blaylock believes that the increased incidence of neurodegenerative diseases, like Alzheimer’s disease, ALS, and dementia, are indeed related to what is being sprayed into our skies.

Dr. Blaylock explains, “Nanoparticles of aluminum are not only infinitely more inflammatory, they also easily penetrate the brain by a number of routes, including the blood and olfactory nerves (the smell nerves in the nose).” Studies have even shown that particulate of such a small size can easily pass through the olfactory neural tracts, which connect to part of the brain most vulnerable to being affected by Alzheimer’s.

It stands to reason that if humans are more susceptible to the effects of aerosolized aluminum, something as small as a bee would be especially affected by it. Science has already illustrated that aluminum pollution can have a negative effect on bee’s cognitive abilities – some research has even shown that it out and out causes dementia in them too.

Forget Russia, Trump Could Be Setting up a New Cold War with China

Yet another study confirms the holistic approach to health: Diet cures disease, not drugs