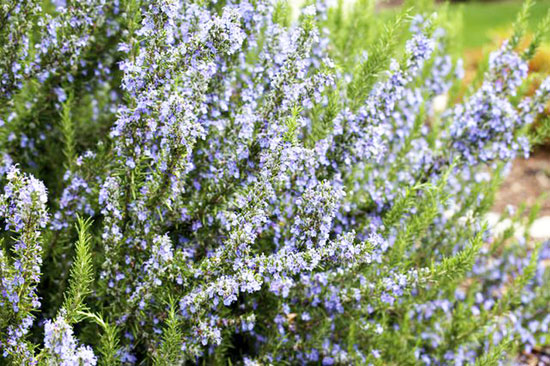 Human beings are inundated with toxins in the modern world. Food, water, air, and the environments we live and work in are seething with chemicals, heavy metals, bacteria, and more that bombard your body day after day.

With a strong immune system, you’re going to do better when toxic invaders try to take you down. Why not give them a boost – some reinforcements – by using detox herbs to help clean up your body naturally?

There are four common herbs you can use to detoxify your entire system in the privacy of your own home, are well tolerated, inexpensive, and readily available (fresh!) in stores all over the world.

Related to marjoram, the delicious flavor of native European herb has a long history of medicinal use. It is nutrient dense, naturally antibacterial, anti-inflammatory, and packed with phytonutrients that exhibit powerful antioxidant activity. There is also strong evidence that oregano induces apoptosis (cell death) in cancer cells.

The benefits of oregano help keep your respiratory system strong and fight allergies, bronchitis, and even colds. It can be used as a natural insect repellant, ease gastrointestinal distress, and kill the bacteria that lead to skin conditions such as acne and dandruff.

In several studies, oregano and oregano oil have shown incredible results in the treatment of infection – even against antibiotic-resistant superbugs such as MRSA (methicillin-resistant staphylococcus aureus). This plant is a great source of vitamin E and K, fiber, iron, manganese, calcium, and even omega-3 fatty acids.

The Mediterranean region has given us many good things and one of them is the powerful benefits of rosemary. The fragrant herb is used in soaps, cosmetics, and hair products due to it’s aroma and value to hair and skin health. Rosemary is naturally antibacterial, anti-inflammatory, anti-tumor, and a carcinogen neutralizer (particularly those formed by cigarette smoke and grilling of meats).

Antioxidants in rosemary and rosemary oil have been shown to induce apoptosis in cancer cells, boost the immune system, protect the central nervous system, aid digestion, fight aging, and provide natural pain relief to muscles and joints. The carnosic acid in rosemary fights the plaque buildup in the brain that leads to neurodegenerative diseases such as Alzheimer’s and also protects the eyes against age-related macular degeneration.

It can ease stomach upset, neutralize bacteria and parasites consumed in food, and stimulate hair follicles. As an aromatic, it is highly effective at lowering stress and aiding in brain cognition.

Another antioxidant powerhouse, the leaves of cilantro (the seeds are known as coriander) is an excellent source of vitamins K, C, A, folate, potassium, manganese, and choline. Indigenous to Europe, this spice has been adapted by many cultures over the millennia. It’s one of the oldest known herbs (it’s also a spice) in existence. Earliest references date back to 5000BC.

In the United States, it’s most often found in Mexican dishes. Nutrient dense, the benefits of cilantro include the ability to regulate blood glucose levels, lower LDL “bad” cholesterol in the blood, and boost antioxidant activity in your body. It is naturally anti-microbial, antibacterial, and anti-inflammatory.

Several studies confirm that cilantro is effective against common foodborne bacteria such as Salmonella due to a compound it contains called dodecanal.

As a natural heavy metal chelator, cilantro is so effective against lead accumulation in biological tissues that it’s been studied as a way to purify water.

I saved the best for last and if you’re like many people around the world, you’ll be surprised that this commonly considered “garnish” is packed with incredible nutrition and health-promoting power. It is the herb used more than any other globally and originates in the Mediterranean region but it’s health properties are so often overlooked – discarded even.

A relative of celery, a half cup of parsley provides more than 500% of your requirement of vitamin K – a vitamin many people worldwide are lacking in their diet. It also contains substantial amounts of several of the B vitamins as well as vitamins A and C, folate, iron, copper, potassium, magnesium, and fiber. That’s just the tip of the iceberg but you get the idea.

Possessing flavonoids and volatile oils, the benefits of parsley include chemo-protective properties. The compounds myristicin (a volatile oil), chlorophyll, and apigenin inhibit tumor growth and activate specific enzymes that cause glutathione to attach to damaged cells in the body. Like, rosemary, parsley is a natural carcinogen neutralizer and anti-inflammatory. Several studies have determined that parsley is an excellent way to improve heart health, strengthen bones, and control blood sugar.

What it’s great about these particular detox herbs is their availability in stores. They’re also easy to grow in a small window garden (which is highly recommend). They aren’t expensive and using just a few sprigs from each will provide an incredible boost to your entire body.

Every couple of months, it’s good to do a full mental and physical detoxification. This entails combining aromatherapy, a daily green shake, and water infused with favorite herbs. If there is a cold or flu coming on, pick these herbs up from the store and try to stop it in its’ tracks.

Three Easy Ways to Use the Four-Herb Detox 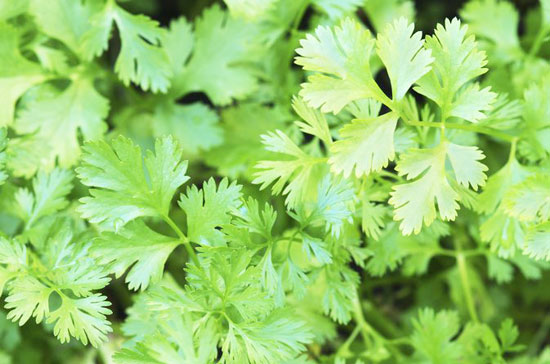 – Use a cold water diffuser and add a two drops of each oil to the reservoir with an additional two drops of lavender for the scent. After stretching and deep breathing, allow the diffuser to run while sleeping. It will offer an improved quality of the sleep, waking up rested and alert.

– Simply add a few sprigs of each fresh herb to your blender for a week when you prepare green shakes. It gives a wonderful burst of energy and it feels amazing.

– Infuse a 32-ounce jar of filtered water with several sprigs of each herb and let sit in the refrigerator for two hours. Add some citrus slices (lemon, lime, or orange) or berries for a flavor that is clean and refreshing. During the winter, this can be altered to a steeped tea, consumed warm with a bit of raw honey.

When to Exercise Caution

If you’re currently on blood thinners, cholesterol medication, insulin, or heart medication make sure you talk to your doctor before using the four herb detox. These herbs can naturally increase the effectiveness of many pharmaceuticals. Anyone under a doctor’s care for a diagnosed condition or disease should always keep their doctor in the loop.

Additionally, if you’re pregnant or nursing, do not use the herb detox. There simply isn’t enough viable research on the effects. Many ancient herbs were used to induce miscarriage. While those claims are unproven, it’s best to be safe than sorry.

Otherwise, allergenic reactions to these herbs is rare and they are well tolerated digestively.

You won’t regret adding these delicious, nutritious, and powerful herbs to your health plan. Pick some up today!