Brilliant Light Power Set to Release the SunCell in 2018 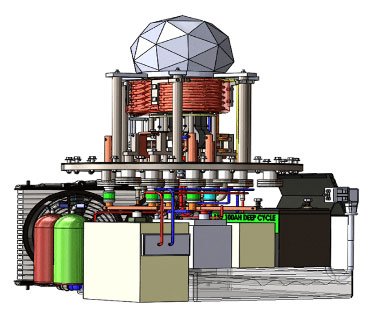 The SunCell was invented and engineered to harness the clean energy source from the reaction of the hydrogen atoms of water molecules to form a non-polluting product, lower-energy state hydrogen called “Hydrino”. That is the dark matter of the universe wherein the energy release of H2O to Hydrino and oxygen is 100 times that of an equivalent amount of high-octane gasoline at an unprecedented high power density.

The compact power is manifest as thousands of Sun equivalents that can be directly converted to electrical output using commercial concentrator photovoltaic cells. Applications and markets for the SunCell extend across the global power spectrum, including thermal, stationary electrical power, motive, motive to stationary, and defense. 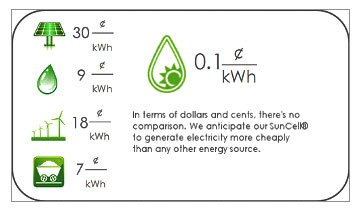