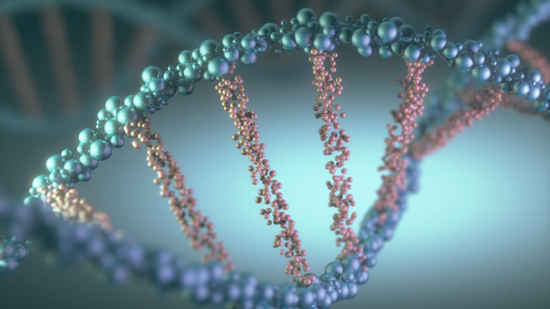 Its birth in 2016 was greeted with near hysteria over “secret meetings” and dire warnings about hubristic scientists creating made-from-scratch human genomes and designer babies. Its first birthday was overshadowed by the little matter of falling $99.75 million short of the $100 million fundraising goal it had very publicly set.

But two years in, an ambitious project to synthesize genomes – including human ones – is moving on from its shaky start and plunging in to the practical work of creating better genomes than nature did. As some 200 scientists participating in “Genome Project-write” met in Boston in the end of April (2018), the group announced its first target: creating cells that could never be infected by viruses, and that perhaps would also be resistant to other killers.

“There is very strong reason to believe that we can produce cells that would be completely resistant to all known viruses”, said Jef Boeke, director of the Institute for Systems Genetics at NYU Langone Medical Center and one of the four leaders of GP-write. “It should also be possible to engineer other traits, including resistance to prions and cancer.”

The genome writers also scored their biggest corporate partnership yet. Paris-based Cellectis announced that it was providing its genome-editing tools, TALENs, to GP-write co-leader George Church of Harvard for his lab’s part of the project, creating virus- and prion-resistant human cells. Such cells, Cellectis CEO Andre Choulika told, “can be used to make universal CAR-T cells,” cancer-killing immune cells that need not come from the patient, as today’s CAR-T therapies do, but from healthy donors.

GP-write builds on the original Human Genome Project, which “read” the 3 billion molecular letters of humankind’s genetic blueprint. After all the speculation over what GP-write would actually do, Boeke said, “it’s nice to have a concrete goal”. If the goal is realized by the dozens of labs that are expected to work on the project (and to raise their own funding), the ultra-safe human cells could do for stem cell treatments – regenerative medicine – what pasteurization did for milk.

Resistance to viruses and more would be accomplished by a process called recoding, which depends on the fact that the genetic code – which sequences of DNA letters “spell” which amino acids – is redundant. Each three-letter string of DNA letters, called a codon, codes for the production of a particular amino acid. CAG codes for glutamine, for instance, AAA for lysine, and TGG for tryptophan. Hundreds or thousands of amino acids are linked together to form proteins such as insulin, collagen, dystrophin, myosin, and the thousands of others needed for life.

There are only 20 amino acids (and a “stop” signal) but 64 combinations of the four DNA nucleotides. And life can get by with only one codon for each amino acid. Recoding means choosing the GTT triplet for, say, valine, and wherever any of the three redundant ones (GTC, GTA, and GTG) appears in the genome, replacing it with GTT.

“Recoding means that every instance of one codon is replaced by another, effectively erasing one codon from the ‘genetic code’ table,” Boeke said.

Why bother? Because viruses’ genes include the redundant codons. If a virus entered a cell and, as is its wont, tried to take over the cell’s genetic machinery to produce more viruses, Boeke said, “it would get stuck”. It wouldn’t be able to get the cell to produce viral proteins and therefore viruses – which is what happens with a viral infection. “That’s recoding for viral resistance”.

When Church and his colleagues replaced all 321 instances of one redundant codon with another in E. coli, the bacteria became resistant to the bacteriophage T7 virus. Church’s lab went even further in 2016, replacing seven redundant codons in about half the bacteria’s genome. The hit list numbered 62,214. To make its virus-proof human cells, which it aims to do within 10 years, GP-write would need to make at least 400,000 changes in the 20,000 genes of the human genome, Church has said.
And that’s why the GP-write leaders are adamant that writing genomes, not editing them with tools such as CRISPR, is the way to go.

“We have nothing against CRISPR,” Boeke said. “We love it and use it all the time. But we’re talking about changes that are just massive. It’s like if you’re editing a short story: if you’re changing so much of it, you might as well just rewrite the whole damn thing.”

For genomes, that means synthesizing DNA one nucleotide at a time and stringing together thousands of them.
The technology for doing that quickly and cheaply doesn’t exist yet. It costs about $1 to synthesize 10 DNA letters, or $300 million for humans’ 3 billion-letter genome. The GP-write team expresses confidence it can drive innovation, reducing synthesis costs by a factor of 1,000.

It points to the use of hamster cells to manufacture biologics as one application of virus-resistant cells: the cellular factories couldn’t be contaminated, which can be a billion-dollar headache for manufacturers. Plant genomes might also be recoded for virus resistance, Boeke said: “This is following on the idea that we don’t want to be human-centric.”

If recoded human cells were resistant to HIV, hepatitis, influenza, and every other virus, they could be the basis for stem cell therapeutics.
Cells could also be recoded to reduce their risk of becoming cancerous. The most unstable two letters in the genome are CG, which have a super-high mutation rate. Sometimes those mutations trigger cancer. Many amino-acid-coding triplets include CG. If they were replaced with synonymous codons, the cells would still make the right amino acids but be less likely to seed tumors.

“If you had a choice between a cell line with probability X of becoming tumorigenic, and a probability five times less, most of us would choose the second one,” Boeke said.
Church has said he wants to synthesize all human genes eventually, stitching together the 200-letter lengths that are possible with current technology. As a result, GP-write has been dogged since its inception by fears that it plans to engineer “super” traits into, say, a fertilized egg. Its leaders say they have no such intention. But just in case anyone’s thoughts move in that direction, high on the agenda is a report from a GP-write working group on the ethics of writing genomes.

However, a legitimate question would be: Where would all this playing God is going to take the human race?

How Do You Keep Mosquitoes Away From Your House?