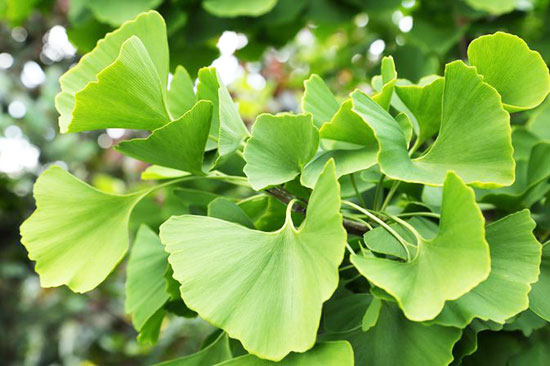 Ginkgo biloba, one of the oldest living tree species and bestselling herbs, also protects the brain from the toxic effects of aluminium chloride exposure, which has been linked to diseases such as Alzheimer’s and other cognitive impairments.

Solid research has been performed on extracts of ginkgo biloba, which contain antioxidant compounds that protect cells from free radical damage within the nervous and circulatory systems. The protective effects of Ginkgo biloba was clearly observed, said researchers.

Ancient Chinese medical manuscripts indicate that at least 5000 years ago, extracts of the leaves of the ginkgo tree were being used to treat a variety of medical conditions, including asthma, Raynaud’s syndrome (a circulatory disorder affecting the hands and feet), and age-related memory loss.

Even though the well-designed German studies showed that ginkgo had significant positive effects on the mental functioning of Alzheimer’s patients, many physicians in the United States were still skeptical of ginkgo’s usefulness, perhaps because of the long tradition in Europe of being more open to alternative therapies.

Researchers showed in the Journal Nutrition that its antioxidant properties were key in protecting the brain neurons of rats from oxidative stress caused by aluminium chloride (AlCl3) intake.

“The toxic effect of AlCl3 caused significant histologic changes in brain and testis tissues which is in agreement with other data that found accumulation of Al metal in neurons which cause ultra-structural changes,ˮ wrote researchers from the Atomic Energy Authority in Egypt wrote in Nutrition Journal.

“Administration of Ginkgo biloba extract (GbE) with aluminium chloride improved some biochemical and histologic changes observed in the brain and testis of male rats.ˮ

Overexposure to aluminium, a potent neurotoxin, could be a possible factor in several neurodegenerative disorders including Alzheimer’s disease, said researchers.
GbE on the other hand, has antioxidant and free radical scavenging properties. It has been used to help treating cerebral disorders that result from ageing and hypoxia. Previous studies also highlighted its ability to regulate neurotransmitters and exert neuroprotective effects.

“Due to the properties of Ginkgo biloba, it was selected as a subject to investigate the potential capacity of its leaf extract as a protector against the possible toxic effects of AlCl3 on the brain and testis of male rats,ˮ researchers wrote.

In this study, 24 male rats were divided into four groups. Group one served as control and received distilled water. Group two was dosed with GbE (200mg), and group three with AlCl3 (10mg). Group four was given GbE (200mg) first, followed by AlCl3 (10mg).

All dosages were given daily for three months, after which all rats were sacrificed and the brains and testis examined. The rats given AlCl3 showed significant cell damage as indicated by the increase of thiobarbituric acid reactive substances (TBARS) in the brain and testis. There were also a huge decrease in the level of serum testosterone.

On the other hand, rats with GbE + AlCl3 had lower TBARS, and more of the antioxidants superoxide dismutase (SOD), catalase (CAT) and glutathione (GSH) in both brain and testis tissues.

“The histologic examination showed some degenerative changes in both brain and testis tissues (of AlCl3 rats), while significant improvement in biochemical and histologic changes were observed in the GbE + AlCl3 group,ˮ the study noted.

Fortunately, with help from Ginkgo biloba, a tree that was flourishing long before humans walked upon the earth, there is real hope to be seen amid the darkness of this disease. With the abundance of information on ginkgo now available, it should be clear to the most skeptical of mainstream doctors that the use of Ginkgo biloba should be part of the treatment regimen for every Alzheimer’s patient.