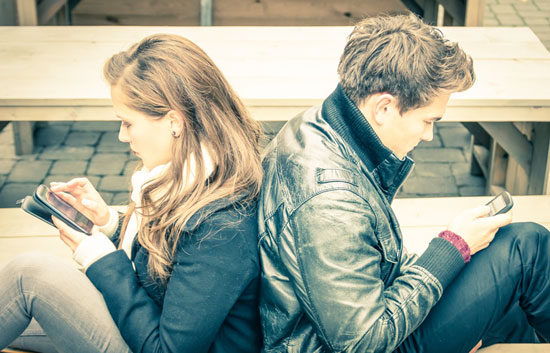 Are you aware the more you depend upon your cell phone, especially “smart phonesˮ, the dumber you are most likely to become?

According to the April 2017 Journal of the Association for Consumer Research article Brain Drain: The Mere Presence of One’s Smartphone Reduces Available Cognitive Capacity:

“Results from two experiments indicate that even when people are successful at maintaining sustained attention, as when avoiding the temptation to check their phones the mere presence of these devices reduces available cognitive capacity. Moreover, these cognitive costs are highest for those highest in smartphone dependence. We conclude by discussing the practical implications of this smartphone-induced brain drain for consumer decision-making and consumer welfare.ˮ

According to another research, “Smartphone owners interact with their phones an average of 85 times a day, including immediately upon waking up, just before going to sleep, and even in the middle of the night (Perlow 2012; Andrews et al. 2015; dscout 2016). Ninety-one percent report that they never leave home without their phones (Deutsche Telekom 2012), and 46% say that they couldn’t live without them (Pew Research Center 2015).ˮ

Obsessive compulsive disorder (OCD) is classified as a disorder of the brain and behavior. OCD often involves obsessions and compulsions that take a lot of time (accessing a cell or smart phone 85 times a day!) and gets in the way of important activities of personal values, e.g., social interaction with family and friends.

Consequently, tech addicts have found a ‘new’ and ‘reliable’ ‘friend’ in their smart device, which is a piece of hardware with no capability to give off loving vibrations and caring interactions humans share and offer each other.

Educators are beginning to recognize the social pitfalls stemming from too much interaction students have with tech devices. Radio PSAs (public service announcements) are encouraging young people to leave the cell and smart phones in the house and go out and interact with nature. That’s how serious it’s becoming with younger generations.

Does almost total dependence upon a ‘smart phone’ for making decisions, etc., affect one’s ability to think and function in a world that actually is lived off-screen?

“In my opinion, as an independent observer, researcher/journalist and one who does not own a ‘smart phone’ nor buys into all the controlling smart devices, I think I safely can admit from my observations there seems to be a disconnect in various ways, especially in what I’d call the social graces.

I cannot believe my eyes when I see people interacting via cell or smart phones when they are in a group apparently out ‘socializing’ together. There seems to be no eye contact; heads are bent forward or down; and each seems to be in a world of one’s own, almost devoid of one’s surroundings. There seems to be no social interaction even when sitting next to others. In my opinion, that’s not a healthy attitude about interacting with friends, relatives, colleagues or peers. There’s an apparent and perceivable disconnect in several ways, even though they may be texting the person next to them.

As I assess the situation, I believe I’d call it the smart phone syndrome, which eventually may be recognized as a serious addiction, harder to shake than alcohol, drugs and tobacco, or something even more psychologically devastating and almost akin to what could be considered a smart-tech-form of attention deficit syndrome or, if it gets too powerfully ingrained in the psyche, autistic-like symptoms, e.g., no eye contact and the lack of social skills.

Why do I say that? As a consumer health issues researcher, I understand the negative effects of non-thermal radiation waves in the form of electromagnetic frequencies and radiofrequencies, which all high tech devices that transmit and receive voice, photos, data, etc. via microwave technology, emit and their resulting negative effects on the human brain, immune system and central nervous system.ˮ – Catherine Frompovich

Hopefully and very soon, some scientist will find a way to measure the amount of ‘addiction’ to high tech in the human body, similar to measuring alcohol or drugs for DUI. The problem is becoming that serious, but still not recognized either by the medical or microwave professions.