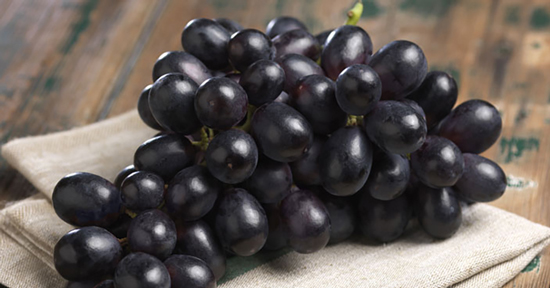 Grapes might be one of the smaller fruits out there, but they punch far above their weight when it comes to providing health benefits. They’ve been revered for everything, especially their convenience and portability compared to other superfoods. Not content to stop there, however, this overachieving fruit is now making headlines for its potential to destroy cancer stem cells.

A team of researchers at Pennsylvania State University tested the effects of grape seed extract and a polyphenol compound found in the fruit known as resveratrol. Working on the theory that nearly all cancerous tumors are fueled by cancer stem cells, they examined 52 mice who had colon cancer tumors. The animals were divided into three groups for the study, one of which was fed the combination of grape compounds. A second group was given an anti-inflammatory drug that can reduce tumors known as sulindac, while the third group stuck to a normal diet and served as the control.

Interestingly, these two nutrients did not suppress the cancer stem cells as much when they were taken in small doses separately. Instead, researchers found that they got the best results when the two were combined. Best of all, the combination is not toxic to healthy cells, which means they could form the basis of a cancer treatment that is far safer than chemotherapy.

Resveratrol is found in the skin and seed of grapes, and you can also find it in foods like pomegranates, blueberries and cranberries. Past studies have shown that it can cut your risk of heart disease and keep some types of cancer at bay, like pancreatic cancer. Grape seed extract, meanwhile, has been found to help stave off tooth decay, kill leukemia cells, and enhance brain health.

Nature has the answers

This is just a recent example of nature providing the answer to one of life’s problems. Professor Vanamala, who led the study, said that plant-based diets provide the body with vital compounds that can kill cancer stem cells, so he recommends that people eat a variety of colorful vegetables and fruits to help prevent colon cancer, promote bacterial diversity, and prevent chronic illnesses. Of course, it’s important to seek out organic produce or you could be doing more harm than good.

Professor Vanamala pointed out that cultures that eat a plant-based diet typically have the lowest rates of colon cancer, and he feels this is because their food is covering all the bases by giving people a wide variety of compounds that can target the different pathways cancer stem cells depend on for their survival.

It is hoped that these compounds’ effects can be studied on humans and eventually lead to a new solution for protecting against colon cancer and preventing its recurrence in survivors. It couldn’t come at a better time as nearly 100,000 people are expected to develop the disease this year, according to estimates from the American Cancer Society. It’s the second most common type of cancer in women and the third most common in men. Finding a safe way to destroy these cells could prove to be a game-changer in the fight against cancer. In the meantime, why not grab a handful of grapes and enjoy the benefits of resveratrol?