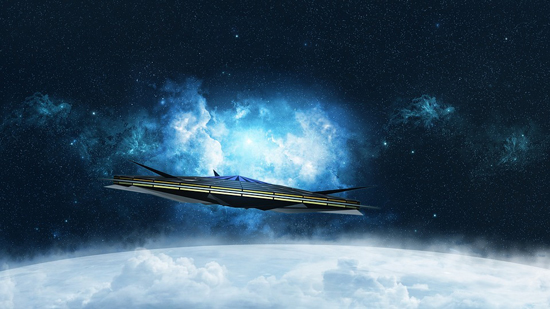 Luis Elizondo, former head of a secret Pentagon program studying UFOs, is now extending his recent remarks about craft witnessed in our skies…
In an interview with the UK Daily Star (February 8, 2018), Elizondo made the following boggling comments:
“For the first time, we have a compelling picture that what we are seeing is explained in our current understanding of physics, advanced physics, and quantum mechanics.
We do believe all these observables we’ve been seeing, sudden and extreme [UFO] acceleration, hypersonic velocities, low observability, trans medium travel, and last but not least, positive lift, anti-gravity – is really the manifestation of a single technology. So it’s not five exotic technologies we’re trying to figure out, it’s one, and we think we know that one too. We believe it has to do with a high amount of energy and the ability to immediately warp space-time, not by a lot, but by a little.”

The Sun also obtained a comment from Elizondo’s colleague, physicist Hal Puthoff: “Puthoff came to the conclusion that the [UFO] craft can effectively create their own time-space bubble, which allows them to fly at such incredible speeds.”

A space-time bubble? Warping space-time? Elizondo claims such stunning capacities can be understood by Earth physics – but at what level? Speculative? Conceptual? Or in a way that would allow engineers to build their own craft capable of performing staggering feats and maneuvers? It’s easy to say: “We understand this” when no assembly is required and you just spin hypotheses. They can come up with a hypothesis which explains how multi-ton stones were transported up a mountain road, centuries ago in Peru, and fitted together perfectly, with primitive technology – as long as they don’t actually have to replicate the feat now, using ancient means. We can blow that kind of smoke.

Elizondo (a former intelligence officer who ran clandestine operations in Latin America), and a host of other former Pentagon and CIA players, are now attached to rock musician Tom DeLonge and his fledgling To the Stars Academy.
This odd marriage raises questions. For example, are the high-level players using DeLonge to disseminate the UFO story as a Threat-From-Space scenario, requiring gigantic new sums of money to build defenses against extra-terrestrial attacks?

The Pentagon-CIA nexus has always positioned UFO disclosure in those terms. “We have a battle to fight, and we must prepare ourselves against potential alien forces. Give us more money.”

Elizondo has now doubled down. He’s claiming scientists understand how UFOs do what they do.
Let’s see some evidence.
Not just concepts and abstract equations, but hardware – located, perhaps, at the famed and walled-off Lockheed Skunk Works in Palmdale, California.

Or is Elizondo merely passing along sensational-sounding “information”, designed to rope in a new generation of UFO enthusiasts, and lead them to accept a “threat-from-space” story?