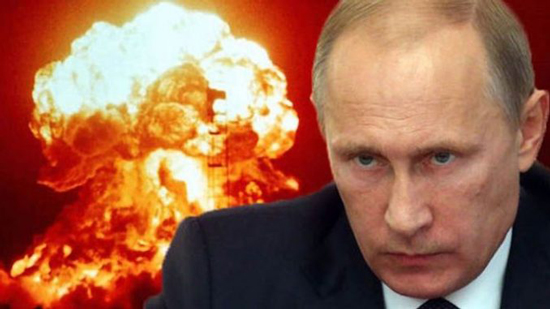 Russian President Vladimir Putin has warned that the world stands on the brink of World War 3, as citizens in the country are told to prepare to evacuate to bomb shelters.

On Russian state television, viewers were given details about how to survive a potential nuclear strike, whilst being warned that “the world stands millimeters from a great war”.

Russian state television is also advising its citizens on what provisions to pack when they evacuate to the bomb shelter while urging them not to panic. 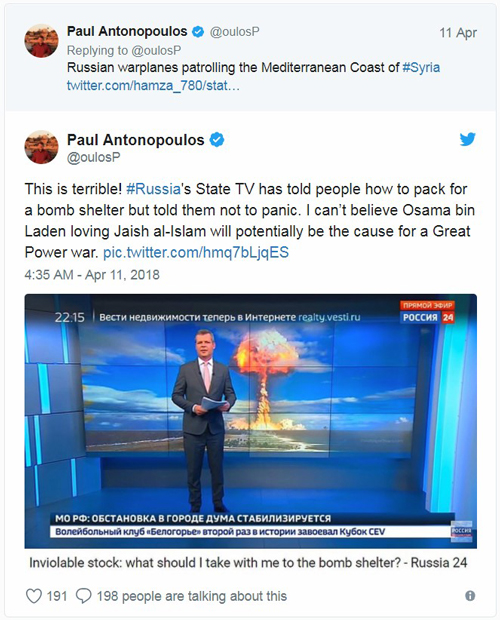 On Wednesday, April 11, President Donald Trump ramped up tensions over Syria by tweeting: “Russia vows to shoot down any and all missiles fired at Syria. Get ready Russia, because they will be coming, nice and new and ‘smart’! You shouldn’t be partners with a Gas Killing Animal who kills his people and enjoys it!”

This was in response to Moscow’s envoy to Lebanon Alexander Zasypkin warning that “Russian forces will confront any US aggression on Syria, by intercepting the missiles and striking their launch pads”.

Trump is reportedly planning a much wider and more sustained air attack than the one he signed off on last year. According to one expert, “the US has designated 22 top targets on Syria’s territory… located in the province of Homs, as well as near Russian naval facility in Tartus, where Russian servicemen are currently deployed.”

International Relations scholar Zakariye Molahafci says the attack could lead to “the eradication of the regime’s air defense systems”, meaning ISIS and jihadist rebels would be back in the game.

While the world spirals towards conflict and a set of circumstances more severe than those that preceded World War I, most Americans still seem to be pre-occupied with Stormy Daniels and Mark Zuckerberg.