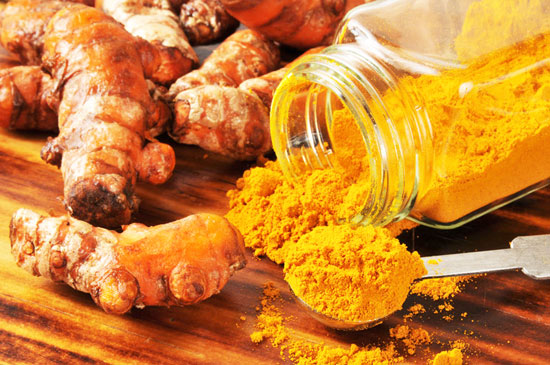 According to the National Institutes of Health, approximately 350 million people suffer from depression worldwide. In the United States, depression is the leading cause of disability for people ages 15 to 44 – often virtually incapacitating them in the prime of their lives.

Researchers are finding that chronic stress – which seems to be endemic these days – can cause changes in the brain that can trigger depression. But recent research also offers hope that curcumin, a polyphenol found in turmeric, can combat stress-induced depression and anxiety – even reversing harmful changes to the brain.

Researchers have long known that curcumin derived from turmeric root, scientifically known as Curcuma longa, is a potent anti-inflammatory, antioxidant, detoxifying, cardioprotective and cancer-fighting polyphenol that can produce major benefits in human health.

The longstanding problem has been the fact that curcumin is not easily absorbed when taken orally; many studies showing its benefits have used massive amounts of the supplement, sometimes even given by injection.

Now, an advanced formula, BCM-95, is promising to release the “genie from the bottle” and revolutionize the way curcumin therapies are administered. The new formulation features curcumin combined with components of turmeric root, from which it is derived – and which are lost during purification. This more bioavailable formula is seven times more absorbable than standard curcumin – a stunning development.

Extensive animal studies have clearly shown that chronic, unpredictable stress causes increases in the size and weight of the adrenal glands, responsible for releasing the stress hormone cortisol. Stress interferes with antioxidants in the body – which would otherwise protect against oxidative damage – and even damages the energy-producing mechanisms inside fragile cell mitochondria.

In addition, stress – and the brain changes it brings about – causes emotional and mental changes as well, including memory problems, cognitive deficits, and depression.

There is new evidence that curcumin can reverse these changes

In one study, curcumin given to rats was shown to restore cortisol balance and normal adrenal gland function, prevent the death of brain cells, and promote new, and beneficial, connections. Promisingly, it also had a pronounced antidepressant effect and helped to restore normal behavior – reducing such depression-associated traits as helplessness.

Perhaps most encouraging of all, curcumin significantly increased levels of mood-regulating neurotransmitters such as serotonin and dopamine – while suppressing the enzymes that break these “feel-good” chemicals down.

Are the studies on humans and curcumin as promising?

Recent clinical research seems to confirm the impressive results of the animal studies.

In a placebo-controlled double-blind study published in Journal of Clinical Psychopharmacology, adults with occupational stress disorders were divided into three groups, with one group taking a placebo, one taking 500 mgs twice a day of standard curcumin, and one taking 500 mgs twice a day of enhanced-absorption curcumin. Those in the enhanced-absorption group demonstrated significant improvements in levels of stress, anxiety and fatigue, causing the researchers to note the “enhanced efficacy” of the new formula.

Finally, a 2016 analysis of six different studies on curcumin and depression showed that advanced-absorption curcumin was significantly more effective than placebo at treating major depressive disorder. Maximum benefits accrued when the curcumin was given for longer periods of time, in higher doses, and to middle-aged people. 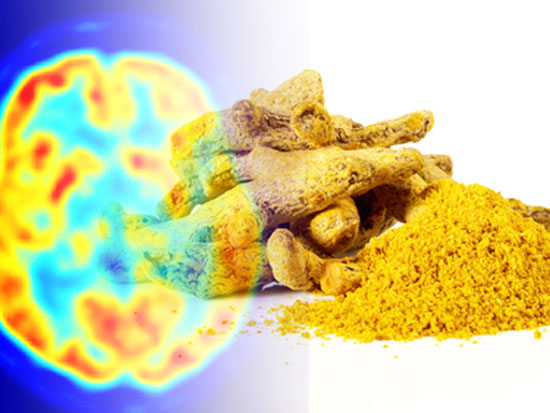 In a 2015 study published in Journal of Psychopharmacology, a dosage of 400 mgs of enhanced-absorption curcumin was given daily to healthy, older adults aged 60 to 85. Researchers looked at the effect of both single-dose curcumin and chronic supplementation. One hour after a single dose, the curcumin group did better on tasks requiring concentration and working memory. And, when curcumin was given daily for four weeks, participants reported feeling more alert and content – as well as improving their scores on memory tests.

The research team, noting curcumin’s potential for improving age-related cognitive decline and dementia, called for more study to explore ways in which curcumin can be used to improve mood and cognition in an older population.

Curcumin can work in concert with pharmaceutical medications

Researchers believe that curcumin may be used to enhance the efficacy of prescription antidepressants – allowing lower dosages to be taken – and in some cases may even be able to replace the medications entirely. What a great opportunity for all psychologists and psychiatrists – throughout the world – to help patients with better nutrition, instead of toxic drugs.

In a study conducted on patients with major depressive disorder who were already taking antidepressant drugs, those of the patients who were also given 1,000 mg a day of enhanced-absorption curcumin showed significantly greater improvement in their scores of anxiety and depression, their physical symptoms, and their cognitive performance than those who took only the pharmaceutical antidepressants.

Curcumin is free of dangerous side effects

Unlike curcumin, prescription antidepressants can be dangerous and even deadly if misused. Monoamine oxidase inhibitors-type antidepressant drugs can cause liver inflammation, stroke, heart attack and seizures, and even the newer selective serotonin reuptake inhibitor antidepressants feature a long menu of unpleasant side effects – including weight gain, nausea, fatigue, sexual dysfunction, dry mouth and blurred vision. In addition, these drugs aren’t wholly effective – roughly 30 percent of patients are completely unresponsive to them.

Curcumin, especially in its more bioavailable formulation, is showing great promise as a way to reverse stress-related damages to the brain and treat depression, anxiety and cognitive decline – and to do it without dangerous side effects.