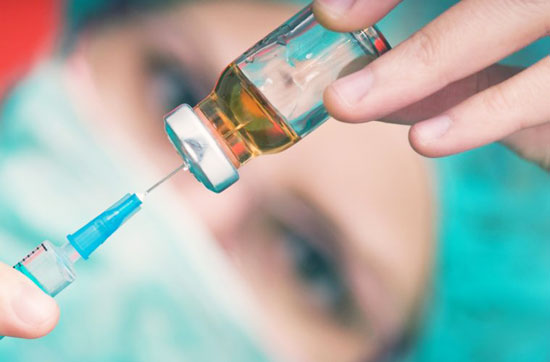 Vaccine scientists and the public health community cautiously and occasionally will admit that vaccines can cause adverse reactions just like “any other medication or biological product”. Although experts are less willing to openly disclose the fact that adverse reactions can and do include death, one has only to look at reports to the U.S. Vaccine Adverse Event Reporting System (VAERS) to see that mortality is a possible outcome. From 1990 through 2010, for example, VAERS received 1,881 reports of infant deaths following vaccination, representing a 4.8% mortality rate. Moreover, analysts acknowledge that VAERS, as a passive surveillance system, is subject to substantial underreporting. A federal government report from 2010 affirms that VAERS captures only about 1% of vaccine adverse reports.

On the international frontier, the public health community – with the World Health Organization (WHO) in the vanguard – previously used a six-category framework to investigate and categorize serious adverse events following immunization (AEFI), including death. Guided by this tool, public health teams examined temporal criteria and possible alternative explanations to determine whether the relationship of an AEFI to vaccine administration was “very likely/certain”, “probable”, “possible”, “unlikely”, “unrelated” or “unclassifiable”.

In 2013, the WHO’s Global Advisory Committee on Vaccine Safety discarded the prior tool, ostensibly because users “sometimes [found it] difficult to differentiate between ‘probable’, ‘possible’, and ‘unlikely’ categories.” The WHO enlisted vaccine experts to develop a “simpler” algorithm that would be more readily “applicable” to vaccines. The resulting four-category system now invites public health teams to classify an AEFI as either “consistent”, “inconsistent” or “indeterminate” with a vaccine-related causal association or as “unclassifiable”. Despite the patina of logic suggested by the use of an algorithm, “the final outcome of the case investigation depends on the personal judgment of the assessor”, especially (according to the tool’s proponents) when the process “yields answers that are both consistent and inconsistent with a causal association to immunization”.

In a 2017 letter in the Indian Journal of Medical Ethics, Drs. Jacob Puliyel (an India-based pediatrician and member of India’s National Technical Advisory Group on Immunization) and Anant Phadke (an executive member of the All India Drug Action Network) raise important questions about the revised tool. They describe an Orwellian catch-22 situation (a paradoxical situation from which an individual cannot escape because of contradictory rules) wherein it is nearly impossible to categorize post-vaccine deaths as vaccine-related. This is because the revised algorithm does not allow users to classify an AEFI as “consistent with causal association with vaccine” unless there is evidence showing that the vaccine caused a statistically significant increase in deaths during Phase III clinical trials. By definition, however, any vaccine not found to “retain safety” in Phase III trials cannot proceed to Phase IV (licensure and post-marketing surveillance). The result of the algorithm’s convoluted requirements is that any deaths that occur post-licensure become “coincidental” or “unclassifiable”.

Drs. Puliyel and Phadke describe what happened in India when the country’s National AEFI committee assessed 132 serious adverse events following immunization cases reported between 2012 and 2016, including 54 infant deaths that followed administration of a pentavalent all-in-one vaccine intended to protect recipients against diphtheria, tetanus, pertussis, hepatitis B, and Haemophilus influenza type b infections. For babies who survived hospitalization, the committee classified three-fifths (47/78) of the AEFI as causally related to vaccines (with 47% of the incidents viewed as “product-related” and 13% as “error-related”), but they rated nearly all (52/54) of the deaths as either coincidental (54%) or unclassifiable (43%) despite mounting evidence that pentavalent and hexavalent vaccines are increasing the risk of sudden unexpected death in infants.

The absurdity and negligence inherent in the ultimately subjective WHO checklist have not escaped the attention of others in India and beyond. In a series of comments published in the journal Vaccine in response to the 2013 publication of the revised tool, commenters issued the following scathing remarks:
– “Even if a healthy child dies within minutes following vaccination and there is no alternate explanation for the AEFI, even then the powers that be could easily declare that death as coincidental and not due to the vaccine, thanks to the new AEFI. This is dangerous ‘science’.”
– “Amongst the 20 items of their checklist, no less than 15 (75%) are devoted to refute a vaccine-induced causality. After all and as the authors confess with an astonishing ingenuousness, the main point is to ‘maintain public confidence in immunization programs’.”
– “People understand that there are no true coincidences – only events that have been made to appear to be coincidental by either a genuine lack of understanding of the overall facts leading to the ‘coincidence’ reported or by the deliberate suppression of the facts, including when AEFIs that result in death are made to ‘disappear’.”
– “It seems that huge business in the vaccine industry is affecting the science of vaccines and we are developing various ways to promote the business at the cost of human lives. Going for a less sensitive tool for safety concerns is not only illogical but risky for the children of the world.”

Unfortunately, many vaccine proponents appear to be more concerned with forestalling “misconceptions” and “erroneous conclusions about cause and effect” than they are about preventing and identifying adverse events following vaccination. The result, as Dr. Puliyel argues, is that doctors who “naively” accept biased reports on vaccine safety “are losing the trust of the public and in the process… endangering public health”.