Anger over U.S. military operations abroad was the most commonly cited factor in motivating “homegrown terrorists”, according to a secret FBI study reviewed by The Intercept.

The study, conducted in 2012 and titled Homegrown Violent Extremists: Survey Confirms Key Assessments, Reveals New Insights About Radicalization, also found that there was no clear path to “radicalization” and that predicting future attacks remained effectively impossible. 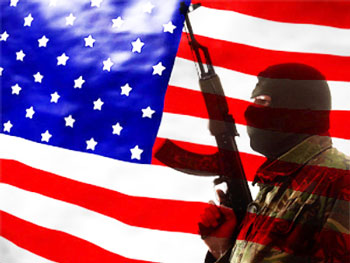 A unit in the FBI’s counter-terrorism department interviewed agents and analysts responsible for almost 200 cases throughout the U.S. involving “homegrown violent extremists,” finding that they “frequently believe the U.S. military is committing atrocities in Muslim countries, thereby justifying their violent aspirations.”

The Intercept’s Murtaza Hussain and Cora Currier wrote in 2016’s fall:
“Online relationships and exposure to English-language militant propaganda and ‘ideologues’ like Anwar al-Awlaki are also cited as ‘key factors’ driving extremism. But grievances over U.S. military action ranked far above any other factor, turning up in 18 percent of all cases, with additional cases citing a ‘perceived war against Islam,’ ‘perceived discrimination,’ or other more specific incidents. The report notes that between 2009 and 2012, 10 out of 16 attempted or successful terrorist attacks in the United States targeted military facilities or personnel.”

The results also confirm that the path to extremism is largely based on the person.

“Numerous individuals, activities, or experiences can contribute to an extremist’s radicalization,” the report states. “It can be difficult, if not impossible, to predict for any given individual what factor or combination of factors will prompt that individual’s radicalization or mobilization to violence.”

As John Mueller, a senior research scientist at Ohio State University, explained, “Insofar as there is an identifiable motivation in most of these cases it has to do with outrage over what is happening overseas.”

“People read news reports about atrocities and become angry,” he said. “It doesn’t have to be information from a jihadist website that angers someone, it could be a New York Times report about a drone strike that kills a bunch of civilians in Afghanistan.”

That aligns with some of the communications recovered from recent extremists like Ahmad Rahami, the suspect in the bombings that took place in September 2016 in New York and New Jersey, as well as Omar Mateen, the shooter who killed 49 people in an Orlando LGBTQ nightclub in June 2016. Rahami cited the wars in Syria, Iraq and Afghanistan as motivation for his attack, while Mateen told a 9-1-1 operator that he had acted in retaliation for an airstrike on an Islamic State (ISIS) fighter.

Similarly, Boston Marathon bomber Dzhokhar Tsarnaev told investigators in 2013 that the U.S. wars in Iraq and Afghanistan had motivated him and his brother Tamerlan to plant the explosives that ultimately killed three people and wounded more than 250 others.

The results contradict the preferred political and media narrative that focuses more on religion, The Intercept continued, and raises doubts that the U.S. government’s recent “Countering Violent Extremism” (CVE) efforts will work. Critics have said that CVE programs, which aim to encourage communities to build “local prevention efforts,” are discriminatory and stigmatize Muslim communities.

As former CIA officer Marc Sageman told The Intercept, “Politicians try very hard not to talk about foreign policy or military action being a major contributor to homegrown terrorism. […] Continued U.S. military action will inevitably drive terrorist activities in this country, because some local people here will identify themselves with the victims of those actions abroad.”