How stress affects the brain

Our mood is a transient frame of mind that influences how we think and view the world. It is influenced by events in our lives, the amount of sleep we get, hormones, even the weather. But what role does the brain play in shaping our mood?

Many regions fundamental to mood are buried deep in the most primordial parts of the brain; that is, they are thought to have been among the first to develop in the human species. This is probably because mood is evolutionarily important.

Being glum can be advantageous and has been shown to sharpen our eye for detail, for instance. But, overall, the brain seems geared towards maintaining a mildly positive frame of mind. Being in a good mood makes us more likely to seek new experiences, be creative, plan ahead, procreate and adapt to changing conditions.

The limbic system is the major primordial brain network underpinning mood. It’s a network of regions that work together to process and make sense of the world. 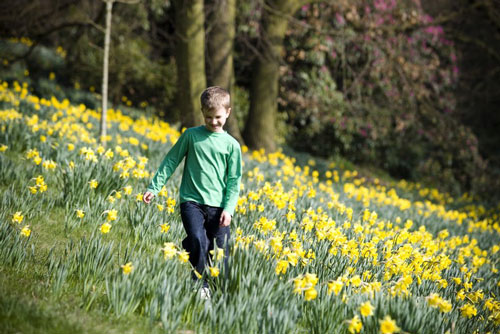 If you feel great, the hippocampus might guide you to walk down a path fringed with daffodils.

Neurotransmitters, such as serotonin and dopamine, are used as chemical messengers to send signals across the network. Brain regions receive these signals, which results in us recognizing objects and situations, assigning them an emotional value to guide behavior and making split-second risk/reward assessments.

The limbic system sits under the cerebrum (the largest and newest part of the brain) and is made up of structures such as the hypothalamus, hippocampus and the amygdala.

The almond-shaped amygdala attaches emotional significance to events and memories. It came to the attention of emotion researchers in 1939 when monkeys whose amygdalae were removed showed bizarre patterns of behavior. They became fearless, hypersexual and either devoid of emotion or irrationally aggressive.

Dubbed Kluver-Bucy Syndrome, it is rare in humans, but has been observed in people with amygdala damage incurred, for instance, after a bout of brain inflammation.

The hippocampus, meanwhile, reminds us which courses of action are congruent with our mood. For instance, if you feel great you might like to walk down a path fringed with daffodils. If you feel crap, you may instead be drawn to that bar that spins melancholy albums by The Smiths.

The hippocampus has been shown to be shrunken in people with chronic depression. This may account for common features of the condition, such as vague or non-specific recall of personal memories.

The limbic system also regulates biological functions in line with our mood, such as accelerated heart rate and sweating triggered by feeling flustered. Being so old, however, the limbic system is rather primitive. In day-to-day life it’s controlled by some newer networks that co-ordinate how we think and act, so our behavior is conducive to achieving longer-term goals, rather than always going wherever the mood takes us. 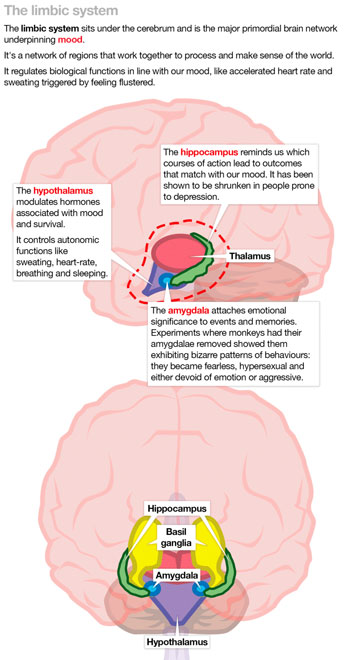 Researchers are increasingly looking towards newer networks to understand how the brain controls mood. Two particular networks that stand out across numerous studies are the autobiographic memory network and cognitive control network.

The autobiographic memory network processes information related to ourselves, including recalling personal memories and self-reflection. Key hubs in this network comprise brain areas inside the prefrontal cortex, which sits in the front of the brain; the hippocampus; the posterior cingulate cortex, which is the upper part of the limbic lobe; and parietal regions, which sit behind the frontal lobe and are important for mental imagery.

The cognitive control network links up regions that co-ordinate our attention and concentration so that we can complete tasks. It recruits a circuit of the front part of the cingulate cortex and dorsolateral prefrontal cortex, which are specialized for cold, unemotional, rational thought. 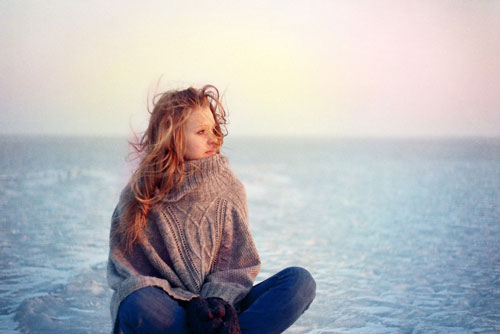 The autobiographic memory network switches on when someone is preoccupied by thoughts concerning themselves.

These two networks are thought to have a strained relationship. The autobiographic memory network switches on when someone is preoccupied by thoughts concerning themselves. This causes the task-oriented cognitive control network to switch off, thereby reducing our ability to complete whatever task we’re supposed to be doing. This is why daydreaming is frowned on at work.

Conversely, the autobiographic memory network is suppressed when the cognitive control network is required to gather the attention needed for a task at hand. This is in line with the notion that we “lose ourselves” when we are absorbed doing something.

When the two networks don’t work properly, they can result in what psychiatrists refer to as mood disorders. 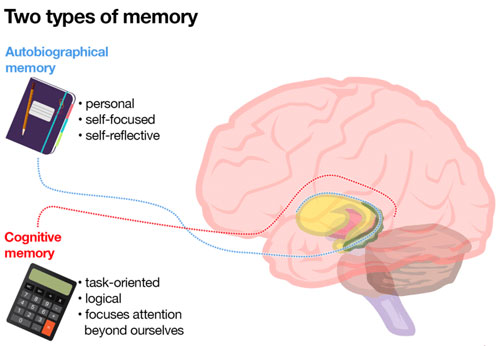 The two major types of mood disorders are depressive disorders, characterized by a persistent down mood, and bipolar disorders, expressed as extreme high or manic moods that alternate with periods of feeling down.

In depressive disorders, the autobiographic memory network gets stuck being on. This leads to thinking-too-much-about-ourselves symptoms, such as brooding, rumination and self-loathing. The concurrent suppression of the cognitive control network gives rise to symptoms such as poor concentration, indecisiveness and sluggish thinking.

Treatment for depressive disorders, such as transcranial magnetic stimulation, involves stimulating the cognitive control network to work better. And medications aim to restore normal levels of neurochemicals that communicate between the two networks and the limbic systems.

Many psychological therapies empower the sufferer to wrest control over their own mood. They often train the person to activate the cognitive control network, by challenging negative thoughts for instance, to strengthen it over time. They also seem to disrupt the domination of the autobiographic memory network through techniques such as mindfulness.

While trying to understand the neuroscience behind disordered mood is necessary, there is a push in psychology for mood investigations to focus more on the positives in everyone’s psychology; involving the fostering of resilience and our individual strengths, for instance.

Much like the zeitgeist itself, however, investigations into the brain’s role in these functions are in their infancy.