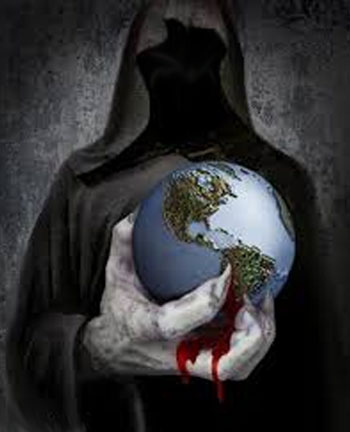 This is what happened:

When you were born, your parents declared you incompetent, and created an estate with the corporate government to manage your affairs for you, until you come of age; become competent. This declaration is accurate. Until you understand how the world works, what Equity Law is, and what your true status as a Grantor and Administrator are, you are not competent. Given most people have no idea about any of this, their claim is accurate in the aggregate.

If the government was honorable, it would disclose all of this to you during the course of your life and eventually you would take control of your estate. But the trustees are not honorable, and instead they do everything they can to keep you ignorant, offering all sorts of distractions to maintain your status of incompetency. By the time you do come of age, you’re more interested in distractions then you are in managing your estate (mind, body and soul), and taking responsibility for your life.

While you are growing up, the government quietly declares you to be dead and lost at sea. Since you are already considered an enemy of the state, you are a criminal under the 13th amendment, and can now be treated as a work slave. This is described well in the post The Underworld Death Dealing Practices Of The Elite:

“Many people think that slavery ended during the Civil War, with the ratification of the 13th amendment, but in fact the 13 amendment legalized slavery on a massive scale.

Within the Equity System Managed by the UCC or Uniform Commercial Code, our estate is created at birth via the proof of live birth; a birth certificate. An Estate is an age old piece of technology developed for imparting trust from the original owner or creator, to a trustee or third party. For example, during the crusades, the volunteers would entrust their estate to a friend or family member, who would manage the land for them while they were gone. If the Crusader died or was lost at sea, then the friend could claim the estate as their own. And this is exactly what the Elite do for every birth certificate carrying individual:

The United States is the only country in the world that not only condones slavery but has embedded it as a religious and moral right within its own Constitution. However, that is exactly what the false 13th Amendment says, it does not abolish slavery; it converts it into a claimed religious and moral right. The 13th Amendment does not end slavery; it just changes the name of slaves to criminals.

Let me read it to you: ‘Neither slavery nor involuntary servitude, except as a punishment for crime whereof the party shall have been duly convicted, shall exist within the United States, or any place subject to their jurisdiction.’

So if I am able to claim someone as a criminal, such as in summary justice – then I can make them a slave. How could anyone in their right mind logically conclude then that the 13th Amendment abolished slavery? It did not! – it institutionalized it to the present day under the Fascist models of the NWO 2.0 then the Third Reich and now the Fourth Reich.

Lastly, the Birth Certificate does not clearly state Live Child or Dead Child, and this opens the door for a presumption of death. Just like the family member who took ownership of the Crusaders estate, the trustee can claim that the grantor died or was lost at sea, so can the government. As long as you do not show up to say otherwise, this presumption becomes a ‘cured fact’ under Equity Law, and the government can step in and begin using your estate for their own purposes.”

Hopefully an underlying theme should be apparent, that complete knowledge or lack thereof, is the root cause and therefore solution. Let’s address each of the key factors.

Our Incompetence: Since it is true that when we are born we are not competent, we must educate ourselves. Knowledge is power. How can we possibly hope to get our entrusted estate back if we don’t even know it exists or that we have claim to it? The information presented in this article is a great start. But memorizing a few facts, and filling out a UCC form is not enough, this knowledge is the first layer of the onion, we need to go all the way to the core. Our Estate is not a birth certificate, or a piece of land somewhere, our estate is our mind, body and soul. This is where the lawful/legal side merges with the spiritual side.

We must learn discernment, and stop placing blind faith in leaders and experts, because these are representatives, they represent us when we must present ourselves. This is done by gaining personal knowledge so we can see deception when it crosses our path, and call it for what it is. In this case, that our would-be masters, those who claim to be ‘consorts to god’ are actually in Breach of Trust with the covenant of God, because they hide the truth instead of sharing it; Dark Occultism. When we understand enough about these realities and present this truth to others we are proving our competence.

Breach of Trust: The trustee’s to our estate, must be notified as to their breach of trust. Now that we have done the work to gain complete knowledge, we must begin acting on this knowledge. If we continue to accept the illusory authority of government, we are still incompetent. For example, by voting for a president, you are entering into an agreement with the government which presumes your incompetence, and their status as authority over you. By our very action of voting, we give them our consent and validate our incompetence. In this sense, knowledge will become power, if acted upon.

Either we stop consenting to all the forms of authoritarian rule (paying taxes, tickets and fines, accepting corporate justice from courts, etc.) and in doing so prove our competence, or we do nothing and continue to issue implied consent. In this case, there is no grey area, there are no bystanders, either you’re working to be a part of freedom or you’re working with the cabal by remaining ignorant and inactive; harsh as that may sound.

Implied Consent from all other ‘citizens of government’: This last point is what unifies all the people of the world under a common cause; true freedom. Even if we do the work of educating ourselves, and then prove our competence by acting within this knowledge in our personal lives, there is still a whole world of incompetent and willing slaves to deal with. Because they have, by their ignorance and inaction, given a mandate to governments to continue slavery and tyranny, we cannot be islands of freedom within a sea of piracy. Remember, their mandate is maintained by deception and ignorance – they deceive people into giving them the ‘right to rule.’ As such our efforts MUST be focused on the unawakened and ignorant masses.

When enough people have dispelled their own incompetence, by gaining complete knowledge of the problem, then we can act as a collective to dispel the presumed mandate of authority. Each person who is asleep is working for the cabal and doesn’t know it. It is our job, as those who have learned the truth, to reveal it to them, and allow them to become present, so they no longer need to be represented by government.

The core problem is within each human being on earth, including the cabal themselves. The Cabal know the truth, and deceive us into accepting and maintaining our incompetence (ignorance). Humanity at large has been trained to be a slave race and accept authority as real, instead of illusory. The false belief in authority must be dispelled, by gaining knowledge of the truth, that there are no real authorities, only trustee’s given the power to manage our affairs, by our consent.

As such, any solution which does not address this, is only a stopgap measure. Even if every single Cabal member was magically transported off earth, the real problem would still be here, and another master would come in to rule the well trained incompetent slaves. As such, where we focus our time and energy is crucial. We must seek to gain mastery of ourselves, and in doing so reclaim our estate; our minds, bodies and souls.

As we gain knowledge and develop mastery we become deception proof and present our competence. Now we can look back in our lives and see how our actions helped maintain the status quo of false authority and tyranny and begin un-consenting by changing ourselves. Learning about health, law, and how to be honorable will help us dispel false beliefs, and empower us with real knowledge to act competently, removing any need for a ‘consort of god’ to manage our lives for us.

The good news is that the whole system is designed for this purpose in the first place. Our would-be masters knew that they couldn’t stay in power unless we remain ignorant and inactive. Like a magician their illusion only works if we can’t see behind the stage.

The control systems many have come to loathe (Legal codes, Equity Law, etc.) are all based on trust agreements, and as soon as we become aware of this, we can take action, and the whole system of control works against the cabal and for us. Now we use the UCC and Equity Law systems to our advantage, making them honorable. In this sense, these systems are a tool, like a hammer, and are not evil in and of themselves.

Simply put, the whole problem, in its full scope and impact, involves all intelligent life on earth, as each being is contributing to the current condition. We must reclaim our true estate, our minds, bodies and souls and in doing so become the free and empowered beings we were always meant to be. Now our estate is used by us create harmony and the long sought golden age on earth, instead of the horrific NWO we seem to be headed for now.

Note about BRICS: There are many claims as to reforms that will change the system of control and slavery on earth, BRICS is one of them. While it is entirely possible some measure of relief may be gained, given the realities described above, it is only a stopgap measure. We can be hopeful of a solution, but should not stop addressing the root problem.

Dirt, germs, exercise, sunshine and fresh air: Outdoors is an adventure for kids that leads to a lifetime of good health