How To Stop Your Smart TV From Spying on You 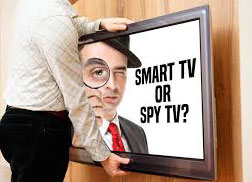 Recently Vizio, which makes popular, high-quality, affordable TV sets, agreed to pay a $2.2 million fine to the Federal Trade Commission in Washington. As it turns out, those same TVs were also busily tracking what their owners were watching, and shuttling that data back to the company’s servers, where it would be sold to eager advertisers.

That’s every bit as gross as it sounds, but Vizio’s offense was one of degree, not of kind. While other smart TV platforms don’t sell your viewing data at the IP level to the highest bidder without consent, like Vizio did, many do track your habits on at least some level. And even the companies that have moved on from automatic content recognition (ACR) – like LG when it embraced webOS – have older models that liberally snoop.

But good news! There are ways to keep your smart TV from the prying eyes of the company that made it. In fact, there’s one absurdly easy way that will work for any television you can buy. Let’s start there.

The single most foolproof way to keep an internet-connected TV from sending data to far-flung ad tech servers around the globe? Disconnect it from the internet. And honestly, you should be doing that anyway.

Think about what you’re really getting from the “smart” part of your high-tech television. A shoddy interface? Voice commands that work half the time, if you’re lucky? A few bonus ads popping up in unexpected places? No thank you! Go to Settings, find the Wi-Fi On/Off toggle, and shut it down. 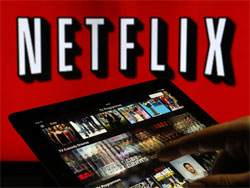 That doesn’t mean you have to live a Netflix-free life. But you should very much opt for a streaming box or dongle for your televised internet interests. They’re more user-friendly, often more feature-packed, and while some still track your viewing habits pretty aggressively – looking at you, Roku – they at least give you a little more control, or at the very least act the way you’d expect them to. Apple TV, for instance, hardly tracks you at all, as is in keeping with Apple’s stance on privacy generally. Chromecast and Android TV are both Google products, which, well, let’s just say they’re subject to the same privacy agreement you sign away for all of your Google needs.

The one arguable exception here? TV sets that have absorbed traditional streaming box platforms, like Roku TVs from TCL and Hisense, or Sony’s Android TV models. On these the experience – including the privacy strengths and weaknesses – are practically identical to what you’d get out of a separate set-top box anyway.

If you insist on keeping your smart TV hooked up to the big bad internet regardless, here’s a quick primer on how to limit what it tracks by brand.

The good news about the Vizio settlement, if you happen to have one of the 11 million data-collecting sets they sold over the last few years, is that the company has to delete all of the data it collected prior to March 1, 2016. Vizio also says that the setting has been disabled on all of its TVs with the Vizio Internet Apps platform, but just in case, here’s how to cut it off yourself.

From your TV’s Menu option, head to System. Select Reset & Admin, choose Smart Interactivity, and hit the right arrow to toggle over to Off.

Newer Vizio sets use SmartCast, which is basically a built-in Chromecast, meaning they’re not afflicted with ACR. Google will still collect some data though… 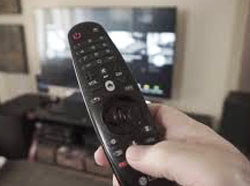 The good news, according to Consumer Reports, is that LG’s current line of webOS sets doesn’t automatically collect your data. The bad news is that LG’s older sets, well, do.
If you have one of those Live Plus models, go to Options, then Live Plus, and switch it off.

Samsung does ask for your consent to track your viewing behavior when you first turn it on, so hopefully you declined at the time if that bugs you. If instead, in your haste to set up your shiny new big screen before the Castle series finale, you opted in, it’s still not too late for you.

Head to the Smart Hub menu, then to Terms & Policy. Choose SyncPlus and Marketing, and disable it.
While you’re in there, you may also want to deactivate Voice Recognition Services; in 2015 Samsung TVs were found to be listening to literally everything within earshot. The company has since amended its voice recognition to listen only when spoken to specifically, but, you know, still.

The bulk of high-end Sony TVs today use Android TV, which means you’re subject to Google’s data-collection practices. Sony itself can also collect data through audio recognition, but the company offers a clear-eyed privacy terms and conditions screen when you first use it, and it’s easy to opt out then.

That should about do it! It’s important to remember that practically any device that’s connected to the internet will probably track you in some way or another. But having even a little control over who and how matters. How many episodes of The Bachelor you’ve watched this season is nobody’s business, especially not an advertiser’s.

Vizio smart TVs tracked viewers around the clock without consent 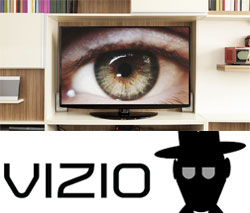 As we said in the beginning of the article, Vizio, one of the world’s biggest makers of Smart TVs, is paying $2.2 million to settle charges that it collected viewing habits from 11 million devices without the knowledge or consent of the people watching them.

According to a complaint filed by the US Federal Trade Commission, Internet-connected TVs from Vizio contained ACR software. Without asking for permission, the ACR code captured second-by-second information about the video the TVs displayed. The software collected other personal information and transmitted it, along with the viewing data, to servers controlled by the manufacturer. Vizio then sold the data to unnamed third-parties for purposes of audience measurement, analysis and tracking.

“For all of these uses, Defendants provide highly specific, second-by-second information about television viewing” FTC lawyers wrote in the complaint. “Each line of a report provides viewing information about a single television. In a securities filing, Vizio states that its data analytics program, for example, ‘provides highly specific viewing behavior data on a massive scale with great accuracy, which can be used to generate intelligent insights for advertisers and media content providers’.”

In an e-mailed statement, Vizio officials wrote: “The ACR program never paired viewing data with personally identifiable information such as name or contact information, and the Commission did not allege or contend otherwise. Instead, as the Complaint notes, the practices challenged by the government related only to the use of viewing data in the ‘aggregate’ to create summary reports measuring viewing audiences or behaviors.”

The tracking started in February 2014 on both new TVs and previously sold devices that didn’t originally ship with ACR software installed. The software periodically appended IP addresses to the collected data and also made it possible for more detailed personal information – including age, gender, income, marital status, household size, education level, home ownership, and home values – to be associated. The collection occurred under a setting that was described as a “Smart Interactivity” feature that “enables program offers and suggestions”. The menu never informed users that the feature also transmitted viewing habits or other personal information.

The complaint offered these additional technical details:
Through the ACR software, Vizio’s televisions transmit information about what a consumer is watching on a second-by-second basis. Defendants’ ACR software captures information about a selection of pixels on the screen and sends that data to Vizio servers, where it is uniquely matched to a database of publicly available television, movie, and commercial content. Defendants collect viewing data from cable or broadband service providers, set-top boxes, external streaming devices, DVD players, and over-the-air broadcasts. Defendants have stated that the ACR software captures up to 100 billion data points each day from more than 10 million VIZIO televisions. Defendants store this data indefinitely. 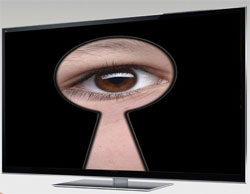 The allegations are only the latest to raise troubling privacy concerns about Internet-connected TVs and other so-called Internet-of-things devices. In late 2015, security researchers found that Vizio TVs failed to properly validate the HTTPS certificates of servers they connected to when transmitting viewing-habit data. That made it trivial for anyone who had the ability to monitor and control the Internet traffic passing between the TV and the Vizio servers to impersonate the servers and view or tamper with the transmitted data. Smart TVs manufactured by LG have also been caught collecting potentially sensitive data, including a list of shows being watched, the names of files contained on connected USB drives, and the names of files shared on home or office networks.

Under the terms of the settlement, Vizio will pay $1.5 million to the FTC and $700,000 to the New Jersey Division of Consumer affairs. The settlement also requires Vizio to delete all data collected before March 1st, 2016. Additionally, Vizio has agreed to prominently disclose and obtain express consent for all future data collection.