HPV vaccine: death in Spain. Justice recognizes what health authorities do not want to recognize 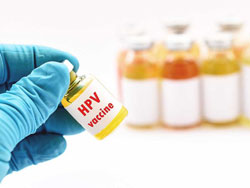 The High Court of Justice of Asturias – Spain (TSJA) has condemned the Asturian Health System for the death of Andrea, a young Spanish girl who died in September 2012 after getting the second shot of the HPV vaccine. The Court recognizes the bad practice of the hospitals of Jove and Cabueñes, since they did not diagnose the pathology before the second shot of the vaccine was supplied which caused the death of the young woman.

Andrea was a young woman with a medical history of mild episodes of bronchial asthma. When she got the first shot of the HPV vaccine on July 23, 2012, she became with headache and breathing difficulty. Although, she suffered from severe asthmatic exarcebation, she got the second shot on August 23, 2012, with a sudden worsening. As a result of this, she suffered severe dyspnea and seizures only 12 hours after receiving the vaccine. She was moved to the Maternal and Child Hospital of the HUCA where she remained in the Pediatric Intensity Care Unit until she died on 8 September.

The judicial sentence acknowledges that there is a casual link with the vaccine, between the second shot and her death, despite the fact that at the trial, the Administration took advantage of the fact that the vaccine is fully endorsed by drug regulatory agencies throughout the country and that the Pharmacovigilance Risk Assessment Committee (PRAC) – with regard to this case reporting- determined that there was insufficient evidence to suggest a causal association with the vaccine. The paradox of this study and its lack of scientific rigor is clear as the Committee agreed to maintain an investigation on the signal. 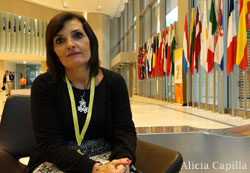 The Association of Affected People in Spain by the Human Papillomus Virus Vaccine (AAVP) has been demanding since 2009 many other cases of affected victims collected in our database. We have repeatedly called on the Health Authorities of Spain to recognize adverse reactions, documented many of them in the HPV vaccines databases, in the European Medicines Agency (EMA) databases, in the Spain one and in the HPV scientific literature. Andrea’s case in not unique.

There are at least five more reports of deaths collected in the database of the Spanish Agency of Medicines and Sanitary Products, for not mentioning all the reports collected in the EMA database. In spite of all this, the Health Authorities and the Pharmaceutical Company continues to deny recognition of any adverse reaction. The most regrettable of all is that they blame the young women in their adverse state of health, stigmatizing them and referring all this to psychological problems, a matter which of course lacks any scientific basis, since no epidemiological studies which prove the causality of the adverse reactions experienced by many young women and the vaccine, have been carried out in Spain.

We regret once again the poor performance of the Health Authorities that are not carrying out an adequate evaluation and monitoring system, as well as looking elsewhere instead of looking after the health of girls and young women who have had the misfortune to suffer adverse reactions as a result of a Public Health policy that seems to defend more economic and political interests than health ones. We must not forget that this immunization is applied to healthy young people and it is also in its implementation phase, so that Pharmacovigilance systems should act with due diligence and responsibility.

We are pleased that for the first time in Spain, in court, the causal link of an adverse reaction with the HPV vaccine is recognized. We show our support to Andrea´s family, because despite their misfortune they have been supported by a judicial sentence that finally protects them. It was time for justice!

The Federal Reserve and the Destruction of the American Dream