The International Agency for Research on Cancer (IARC) of the World Health Organization generated some information in 2014, subsequently republished online by the U.S. National Institutes of Health, which was titled “Disclosures of interests — Primary End-points for Prophylactic HPV Vaccine Trials.” 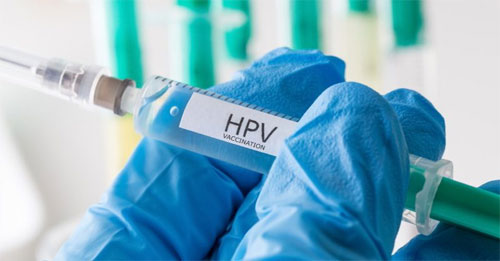 Several entries sort of “stand out” for various reasons:

“Dr. Douglas Lowy reports that as part of his United States government-supported research at the National Cancer Institute (NCI)/National Institutes of Health (NIH), he is an inventor of technology that underlies the L1-based prophylactic virus-like particle (VLP) HPV vaccine and technology that underlies an L2-based candidate prophylactic HPV vaccine. The NIH has licensed the technology for the L1 VLP vaccine to Merck, the manufacturer of Gardasil, to GlaxoSmithKline, the manufacturer of Cervarix, and to Indian Immunologicals Ltd. The L2-based vaccine technology is the subject of a cooperative research and development agreement between the NCI, Johns Hopkins University, and Shantha Biotech, and has been licensed to Shantha, PanVax, Acambis Inc., and GlaxoSmithKline. United States Federal law entitles Dr. Lowy to a limited share of royalties the NIH receives for these technologies.

Dr. John Schiller reports that as part of his United States government-supported research at the National Cancer Institute (NCI)/National Institutes of Health (NIH), he is an inventor of technology that underlies the L1-based prophylactic virus-like particle (VLP) HPV vaccine and technology that underlies an L2-based candidate prophylactic HPV vaccine. The NIH has licensed the technology for the L1 VLP vaccine to Merck, the manufacturer of Gardasil, to GlaxoSmithKline, the manufacturer of Cervarix, and to Indian Immunologicals Ltd. The L2-based vaccine technology is the subject of a cooperative research and development agreement between the NCI, Johns Hopkins University, and Shantha Biotech, and has been licensed to Shantha, PanVax, Acambis Inc., and GlaxoSmithKline. United States Federal law entitles Dr. Schiller to a limited share of royalties the NIH receives for these technologies.

One has to wonder just how much the above “interests” can, and do, influence either the science or propaganda generated by pharmaceutical companies in their zealous promotion of the very dangerous HPV vaccines being promoted for various “health reasons” when first they were promoted as “preventing cervical cancer in young women.” Now boys, who don’t have cervixes, are mandated to receive them too.

“NO WAY! – to pressuring or forcing injections that can cause serious medical conditions, even death!

(Ab)using its power from needy families’ dependence, the Government threatens to withhold needed funds to PRESSURE OR FORCE 20 thousands of parents to allow their children to be directly injected and, by its own admission after only very limited testing, with ALL of…

The factual irony of the “No Jab No Pay” policy is that it truly is unconstitutional in principle, as two countries have stated mandatory and coercive vaccination policies (which Australia’s definitely is because government welfare benefits are attached) are unconstitutional. Those countries are Sweden in Europe and Colombia in South America. 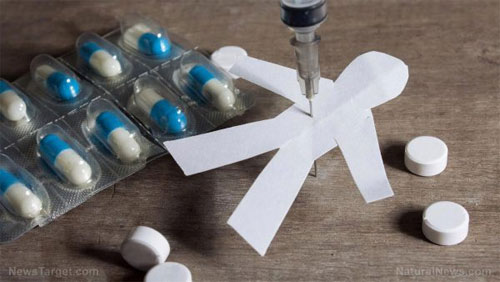 As the “No Jab No Pay No Way” website clearly and legally asserts:

“NO WAY! – to disregarding inalienable human rights!… Individuals have inalienable rights to life, bodily security, equality, and free exercise of thought, conscience and religion. Provisions for these rights are NOT ‘loopholes’. They are expressed in the Constitution, common and statute law and international human rights instruments. Accordingly, the High Court (1949) has ruled that ‘any form’ or ‘extent’ of ‘compulsion’ of medical services, ‘whether legal, by… penalties, or… by any other means, direct or indirect, could not be authorized.’ So whatever ‘law’ the Government enacts, vaccination will remain illegal unless parents give valid consent. The Government itself instructs that consent to vaccination is valid only if given: – ‘voluntarily in the absence of undue pressure, coercion or manipulation’ AND ‘after the potential risks and benefits of the… vaccine, risks of not having it and any alternative options have been explained.’ Otherwise vaccination may constitute battery, negligence, malpractice, professional misconduct and/or fraud by the administrator.”

However, Australian health officials and all healthcare consumers there need to factor into the “No Jab No Pay” brouhaha going on, something that probably can influence changing the disregard for denying inalienable human rights: vested corporate interests and marketing plans on the part of vaccine manufacturers, their subsidized scientists and public relations mouthpieces, i.e., doctors Pharma financially support and provide gratuities to. In Australia one such individual, according to the IARC list, is:

“CSL chief scientific officer Andrew Cuthbertson said Merck expected to apply for a licence for the HPV vaccine in the second half of 2005, following extensive Phase III trials.
‘We’re very excited about this project, not just because we believe it is commercially important for CSL.
I think from an Australian science point of view, this is terribly important.’

Dr. Cuthbertson said CSL had not released any information in relation to milestone payments linked to the HPV vaccine or to potential royalties from sales.
The vaccine could be on the market about 12 months after gaining regulatory approval.

Dr. Cuthbertson said Merck expected to be the first to sell the vaccine, under the trademark Gardasil, in the major markets of the United States and the European Union.

Now, let’s juxtapose the article Ten years on, Professor Ian Frazer recalls “lucky” discovery of cervical cancer vaccine against the following devastating information about HPV vaccines adverse reactions from countries around the globe, which Australia and the USA both need to consider seriously and at least make HPV vaccines not mandatory, but voluntary. Voluntary status for those who either don’t know the real science behind the HPV vaccines or those who think HPV vaccines may be helpful truly is the constitutional way to go, as opposed to the totalitarian way now being forced on adolescents and their parents.


Who Knew That HPV Vaccines Could Hurt Kids?

Sacrificial Virgins: Part 1—Not for the greater good 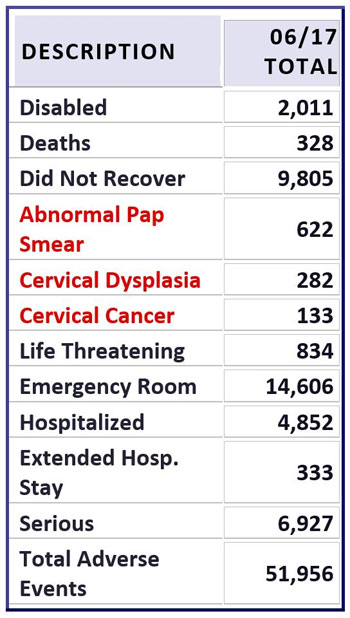 “Are prospective HPV vaccines and/or their parents/guardians given and/or told, as part of informed consent and medical ethics, the above full-disclosure about the risks-benefits of HPV vaccines BEFORE inoculation?

NO! Why not? Shouldn’t that be legally mandated with vaccines signatures giving consent required as part of vaccination protocols anywhere in the world, starting with Australia and the USA?

Another medical-legal protocol which must be instituted and enforced is this: When anyone under 21 years of age dies, a complete record of their vaccinations with DATES administered must become part of the autopsy report and medical review before issuance of a death certificate.”

Meanwhile, most Americans are in the dark that a brushfire is burning in countries all over the world, including Japan (where HPV vaccine uptake rates are down to 1%), Denmark (near 10%), Colombia (near 5%), Ireland, Sweden, Spain, New Zealand, France, Canada, and India where the startling rate of vaccine injury and questionable risk-benefit is fueling repeated national controversies.

In January of 2016, the American College of Pediatricians issued the report “New Concerns about the Human Papillomavirus Vaccine”, which everyone should study.

“Nevertheless there are legitimate concerns that should be addressed: (1) long-term ovarian function was not assessed in either the original rat safety studies or in the human vaccine trials, (2) most primary care physicians are probably unaware of a possible association between HPV4 and POF (premature ovarian failure) and may not consider reporting POF cases or prolonged amenorrhea (missing menstrual periods) to the Vaccine Adverse Event Reporting System (VAERS), (3) potential mechanisms of action have been postulated based on autoimmune associations with the aluminum adjuvant used and previously documented ovarian toxicity in rats from another component, polysorbate 80,2 and (4) since licensure of Gardasil in 2006, there have been about 213 VAERS reports (per the publicly available CDC WONDER VAERS database) involving amenorrhea, POF or premature menopause, 88% of which have been associated with Gardasil. The twostrain HPV2, Cervarix TM, was licensed late in 2009 and accounts for 4.7 % of VAERS amenorrhea reports since 2006, and 8.5% of those reports from February 2010 through May 2015. This compares to the pre-HPV vaccine period from 1990 to 2006 during which no cases of POF or premature menopause and 32 cases of amenorrhea were reported to VAERS.”

Dr. Diane Harper, MD, one of the original researchers on the HPV vaccine spoke out and:

“…agrees with Merck and the CDC that Gardasil is safe for most girls and women. But she says the side effects reported so far call for more complete disclosure to patients. She says they should be told that protection from the vaccination might not last long enough to provide a cancer protection benefit, and that its risks – ‘small but real’ – could occur more often than the cervical cancer itself would.
Parents and women must know that deaths occurred. Not all deaths that have been reported were represented in Dr. Slade’s work, one-third of the death reports were unavailable to the CDC, leaving the parents of the deceased teenagers in despair that the CDC is ignoring the very rare but real occurrences that need not have happened if parents were given information stating that there are real, but small risks of death surrounding the administration of Gardasil.”

She also worries that Merck’s “aggressive marketing of the vaccine may have given women a false sense of security”.
All the above about the HPV vaccines would lead any thinking person to wonder why such a “pig-in-a-poke” is being mandated and forced on to adolescent children and their parents for compliance.