In Wake of UK Terror Attacks, Government Ready To Seize Control Of Internet


In the wake of the second alleged terrorist attack in England in the beginning of june, Prime Minister Theresa May was calling for new Internet regulations and the suppression of digital tools that facilitate online “safe spaces” where attacks can be coordinated. The proposal came one day after the terror attack in London that left seven dead and nearly 50 injured. It also came on the heels of an increasingly draconian Big Brother counter-terrorism strategy being implemented in the U.K. 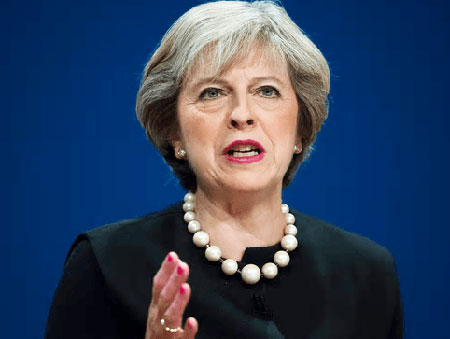 In her remarks, May said:
“We cannot allow this ideology the safe space it needs to breed. Yet that is precisely what the internet and the big companies that provide internet-based services provide.ˮ

She continued:
“We need to work with allied democratic governments to reach international agreements that regulate cyberspace to prevent the spread of extremist and terrorism planning.ˮ

May offered no specifics on how the government planned on using Internet regulations to control terrorist chatter on social networks or other online forums. However, the phrase “international agreementsˮ portends a potentially larger movement by governments and corporations across the world to crack down on speech deemed to be dangerous.

The global corporatocracy has already begun working to restrict extremist speech on Facebook, Twitter, YouTube, and Google — with varying degrees of success — but not everyone believes this strategy will even be effective at disrupting terrorist activity.

Peter Neumann, a professor who studies political violence and radicalization at King’s College in London, says Internet censorship will just cause terrorists to move their conversations to encrypted platforms. As far as the use of social media to radicalize new members, Neumann says online messaging alone is rarely enough to mint new terrorists.
Furthermore, efforts by England’s government to criminalize protest and speech — measures that closely mirror legislation being drafted by U.S. lawmakers — have earned its anti-terror strategy, known officially as “Prevent,” the moniker Big Brother.

Maina Kiai, who served as the U.N. Special Rapporteur on freedom of peaceful assembly, says “Prevent” is fundamentally flawed.
“Overall, it appears that Prevent is having the opposite of its intended effect: by dividing, stigmatizing and alienating segments of the population, Prevent could end up promoting extremism, rather than countering it,” Kiai wrote.
Students, activists, and members of faith-based organizations related countless anecdotes of the program being implemented in a way that translates simply into crude racial, ideological, cultural and religious profiling, with concomitant effects on the right to freedom of association of some groups.

The failure of Western countries to prevent terrorism, in spite of veritable police state infrastructures — and in the U.K., specifically, one of the most powerful surveillance apparatuses in the world — has garnered a plethora of explanations and theories.
They range from ‘blowback’ stemming from the now sixteen-year-old War on Terror that has claimed over 1.3 million lives in the Middle East (the same number as low-end estimates of civilian casualties tallied during the Vietnam War) to “false flag” attacks configured to propagate fear in the civilian population and vest more authority in the State.

Draconian regulations on the Internet are likely to only further stigmatize the issue and usurp more civil liberties away from the people. Hopefully, the next Patriot Act won’t have online free speech in its crosshairs.