Israel Is Censoring Bloggers, Especially Those Criticizing Its Ruthless Policies 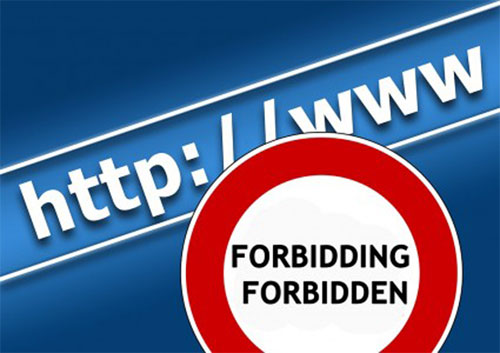 Israel is like other police states, wanting criticisms of its ruthless policies suppressed.
Since February 2016, its military censor, Col. Ariella Ben-Avraham, demands bloggers and social media users submit their material for screening before posting.
Failure is considered a crime. Regime critics risk prosecution, censorship now elevated to a higher level.

Israel wants control over pre-published material relating to its policies – vetted so anything it disapproves of gets trashed, the right of free expression abolished.
Blogger Yossi Gurvitz revealed Israel’s policy. He was notified to submit written material before publishing, showing democracy is more farcical than already known.
Until now, Israel’s military censor monitored Facebook, Twitter, and other social media sites for material considered objectionable.

Ben-Avraham’s predecessor, Sima Vaknin-Gil, said “censorship cannot control the internet through prevention”.
“If the censorship will require that each journalist who just opened a Twitter would provide it everything in advance, we would be stopping their processes. One of the changes we have inserted was the decision to simply tail them.”

He called the policy “post-facto surveillance”, saying “With Facebook and Twitter, as bodies, we have no communication. We address the users directly.”
“The moment you pass a certain threshold, we identify you, initiate contact with you, explain to you the censorship and learn to work with you” expecting compliance with regime-imposed rules.

After receiving notice from Israel’s current military censor, Gurvitz published a Facebook comment, saying he wouldn’t comply.
“The meaning of this demand is an extermination of the new media in Israel, the spirit of which is in the speed of response”, he wrote. “I am surveying the legal procedures available for me.”
“I don’t intend to provide them with anything. As far as I’m concerned, I’m taking this to court.”

Other Israeli bloggers and social media users were informed of the pre-publication rules. Meretz party MK Ilan Gilon commented, saying: “Under the cover of darkness, there is no limit to the expansion of Big Brother… I’ve asked for a debate to understand what the boundaries of censorship are and how far they can go. Am I also subject to censorship (in public comments)? This is totally unacceptable.”

Israeli contempt for international law mandated human and civil rights belies its Big Lie about being democratic – in name only. Hard truths expose its viciousness.