that concludes the administration of combined vaccines increases the risk of death and other illnesses such as cancer, and autoimmune disorders. 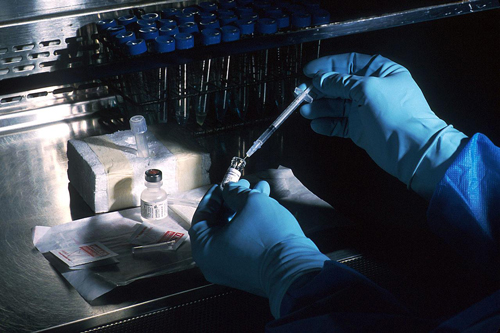 After an 18-year investigation into causes of thousands of cases of serious illnesses and deaths amongst personnel affected to military missions abroad, this Parliamentary Commission has found a significant risk of cancer and autoimmune diseases associated with the use of combined and multiple vaccines in the prophylactic schedule.

While the 4th ‘Uranium’ Commission initially investigated other factors such as exposure to uranium from bombshells and other war hazards, the causal association with vaccines was raised both by personnel accounts and by the fact that soldiers who did not leave the country had also been affected.

Vaccines in the military vaccine program are the same as those used for infants.
Findings of this Commission – whose interests are neither in favor or against vaccines, or close to ‘vaccine hesitant groups’ – raise a serious alarm in the present context of vaccine mandates and schedules in Europe.

– The Commission could not find a single study assessing the safety of combined vaccines
– The Commission estimated that “the cumulative amount of the various components of the vaccines exceeds the permitted limit for the marketing authorization of the single vaccine”. This means that in combined vaccines the sum of adjuvants (aluminium or mercury), preservatives and biological contaminants – i.e. viruses, bacteria, mycoplasmas and mycobacteria, as well as fetal human DNA and animal DNA, recent findings also show nanoparticles – that come from the biological tissues of vaccine culture has not been tested.
– “Vaccines that have a high content of components in quantitative terms, but also of varieties of foreign components, determined a greater number of adverse reactions”
– Ao. the Commission was concerned by the use and safety of aluminium adjuvants (hexavalent vaccines), large quantities of fetal and animal DNA (eg. MMR) and the presence of inflammatory nanoparticles contaminating the vaccines.

Recommendations of the Parliamentary Commission for immunization include

The use of single vaccines and single doses over combined vaccines with no more than 5 vaccines to be administered at one visit.

Personalized risk assessment before vaccination, including blood tests and patient records of previous health conditions. The tests should detect any changes in the immune system and hypersensitivity, with 81 elements identified for which testing is required, in addition to the active ingredients in the vaccine. Vaccine leaflets recommend the verification of health status at the moment of vaccination and the Commission sums a number of diseases that contraindicate immunization. The cumulative number of adverse reactions on the vaccine leaflets analyzed amounted to 240.

Note: the Commission only analyzes the vaccine leaflets here, but the number of adverse event reactions in the follow up reports are much higher, e.g. A 2011 confidential report of Infanrix hexa (that includes DTP) mentions 825 different side effects, with more than 500 not mentioned in pre-licensing phase, of which 50 are serious adverse advent reactions.

Avoid new immunization for a disease where natural immunity is already present, such as after a natural disease (need for single vaccines again).

Recommendations of the Parliamentary Commission for a safer vaccine policy include:

– The development of safer ‘purified’ vaccines to limit the amount of toxic components.
– Evaluation of long term effects of vaccination… most vaccines are assessed on a very short period, a few days or weeks and less than a month.
– Better safety studies of vaccine components including adjuvants and contaminants.