For decades, military officers, government officials, bankers, law enforcement agents, newscasters, scholars, and other credible witnesses have corroborated the alternative media.
This post is intended to be viewer-friendly; it consists entirely of quote banners and short video clips; the clips, on average, are under 5 minutes, and none are as long as 15.


Former Congressman and Presidential candidate Ron Paul discusses report that the U.S. created ISIS in order to destabilize the Syrian government. (At 13 minutes, this is one of the longest clips, but it’s worth hearing for its many insights into U.S. policy in the Middle East): 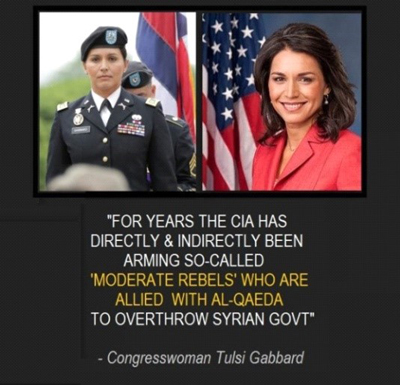 Why we don’t hear more about these matters: media control 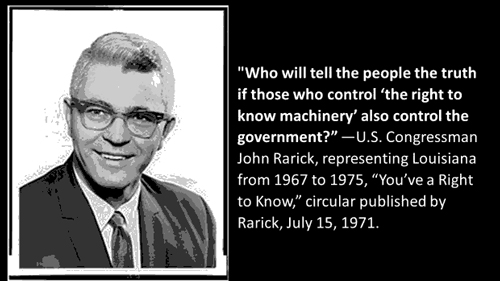 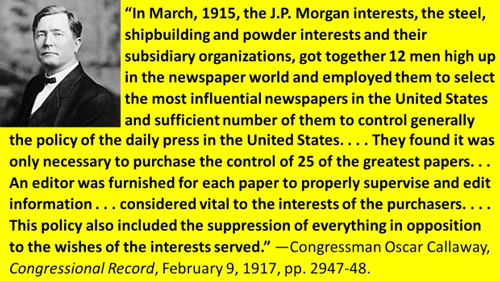 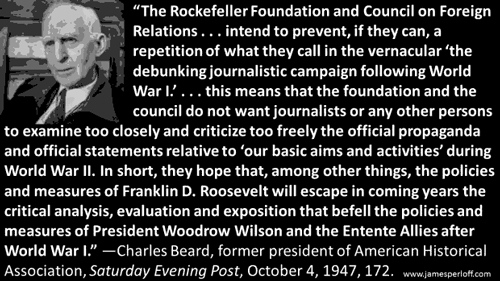 Fox reporters for The Investigators describe how they lost their jobs for trying to tell the truth about Monsanto: 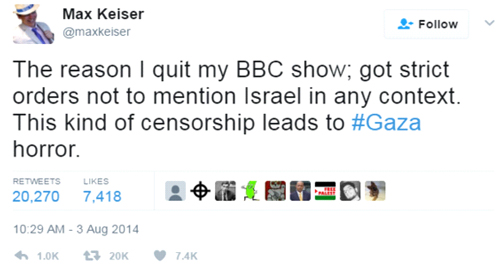 Dr. Udo Ulfkotte, editor of Frankfurter Allgemeine Zeitung, one of Germany’s largest newspapers, reveals how the CIA still controls foreign journalists (and was murdered for it):

Even President George W. Bush conceded that government-produced videos are aired on TV as “news”: 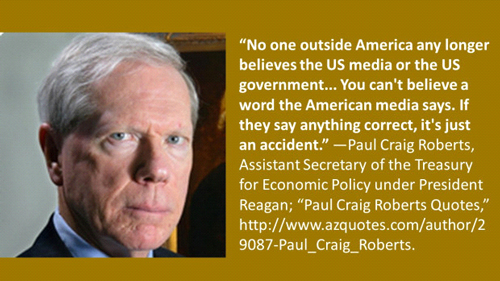 The goal is World Government 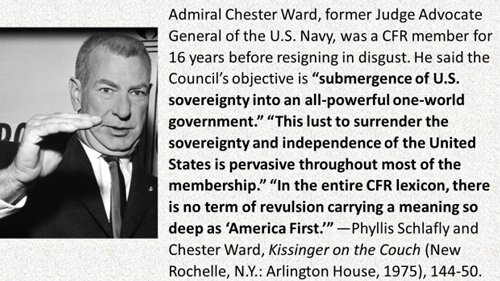 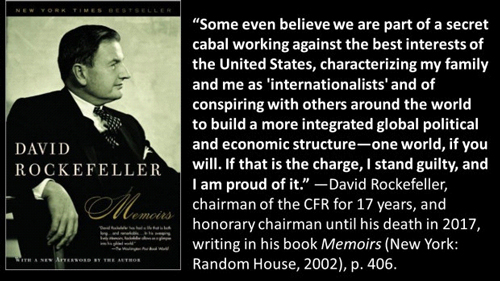 Aaron Russo was a Hollywood producer-director (Trading Places, The Rose), six of whose projects received Oscar nominations. Russo ran for governor of Nevada in 1998, finishing second in the Republican primary. Before his death in 2007, he gave an interview detailing his relationship with Nick Rockefeller, from whom he learned many details about the “New World Order”: the plan to chip people, the CFR, foreknowledge of 9/11, the fake war on terror, and much more.

In case you’re wondering what the Council on Foreign Relations is, it’s the bridge by which the U.S. oligarchy supplies cabinet-level personnel to Washington. Since its founding in 1921, the CFR has produced 19 Secretaries of State, 21 Treasury Secretaries, 23 Defense Secretaries, and 16 CIA Directors.

The New World Order is Luciferian

Dutch banker Ronald Bernard, for years an elite currency manipulator, has confirmed from his own experience that a small oligarchy runs the world; and that megabanks are immersed in wars, terrorism, and the activities of intelligence services. Perhaps most importantly, he reveals that those at the top are Luciferians.