Following a diet low in sugar and high in beneficial fats may be the key to disease prevention and longevity, according to renowned cardiologist Dr. Aseem Malhotra. In order to examine the effects of diet on the body’s overall health, the cardiologist studied residents of Pioppi, a remote village in southern Italy. 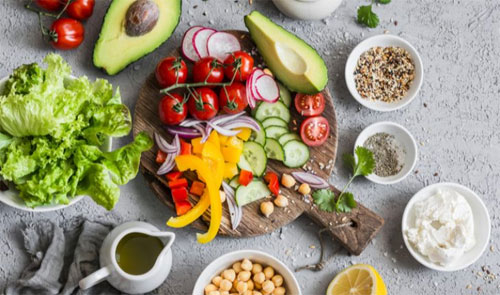 Pioppi was acknowledged by United Nations Educational, Scientific and Cultural Organization (UNESCO) as the home of the Mediterranean diet, and was recognized as the world’s healthiest village. Residents of Pioppi were known to live past 100 years old.

According to Dr. Malhotra, the people’s diet and lifestyle greatly contributed to their longevity. The cardiologist noted that the residents had low stress levels, slept seven hours a night and consumed a glass of red wine daily.

The health expert also said that the villagers followed a diet rich in vegetables and olive oil. Aside from this, the villagers also avoided consuming too much sugar, and rarely ate meat and dairy products.

“Yes, the locals eat pasta – but only in small quantities, and they rarely touch sugar. They only eat dessert on a Sunday, pizza once or twice a month. They take time over lunch. They don’t have a gym but they are constantly on the go… Diet is the number one issue.
More than physical inactivity, smoking, and alcohol, it contributes to more disease and deaths. This should be the message from doctors – food is medicine. There is no such thing as a healthy weight, but a healthy person. That is what we should all be aiming for. Living like a Pioppian would mean a reduction in the 20 million annual deaths worldwide caused by cardiovascular disease,” said Dr. Malhotra.

Dr. Malhotra’s research was reflective of previous studies demonstrating the beneficial effects of Mediterranean diet on the body’s overall health. For instance, a 2016 study conducted by an international research team revealed that the diet plan was highly effective in reducing the risk of heart attacks and strokes in patients with heart disease.

As part of the study, the researchers pooled data from the STABILITY trial, with a total cohort population of 15,482 patients with coronary artery disease. The participants’ food intake was assessed using a Mediterranean diet score (MDS), which increased with every healthy food consumed.

“The main message is that some foods – and particularly fruit and vegetables – seem to lower the risk of heart attacks and strokes, and this benefit is not explained by traditional risk factors such as good and bad cholesterol or blood pressure. If you eat more of these foods in preference to others, you may lower your risk. The study found no evidence of harm from modest consumption of foods such as refined carbohydrates, deep fried foods, sugars and desserts,” lead researcher Professor Ralph Stewart reported in ScienceDaily.com.

Another study conducted by health experts at the Harvard School of Public Health and the Cambridge Health Alliance showed that Midwestern firefighters who had greater adherence to a Mediterranean-style diet were at lower risk of suffering cardiovascular disease.

To carry out the study, the researchers examined nearly 800 male Midwestern firefighters and found that those who had the highest diet adherence had 35 percent lower odds of developing metabolic syndrome and were 43 percent less likely to gain excess weight compared with those who had the lowest adherence.