It’s Not New: Pictures Show the Fight against Vaccines Is Well over 100 Years Old 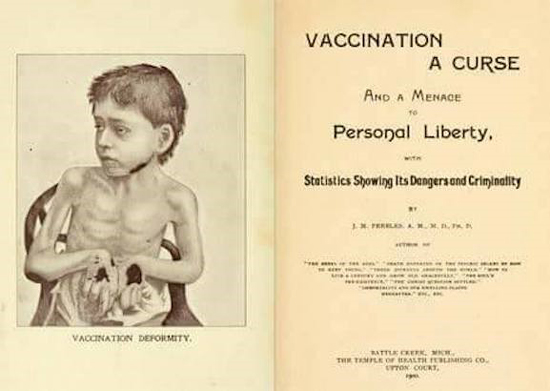 The struggle against vaccination, especially compulsory vaccination mandated by a government/industry coalition, was met with fierce resistance from people during the early history of vaccination over a century ago. What does the pictorial evidence of opposition to vaccines from early in the previous century tell us about today’s vaccine industry?

In the foreword to the book by Doctor Suzanne Humphries and Roman Bistrianyk entitled Dissolving Illusions: Disease, Vaccines, and the Forgotten History, Dr. Jayne L. M. Donegan sums up the vaccine “landscape” that she and all MDs enter into as they become doctors:

“Despite questioning the safety and efficacy of vaccination by reputable medical men since its introduction, debate has been, and is, increasingly discouraged. Information published in scientific journals is used to support this position, other views being regarded as ‘unscientific’.

It was a received ‘article of faith’ for me and my contemporaries, that vaccination was the single most useful health intervention that had ever been introduced. Along with all my medical and nursing colleagues, I was taught that vaccines were the reason children and adults stopped dying from diseases for which there are vaccines. We were told that other diseases, such as scarlet fever, rheumatic fever, typhus, typhoid, cholera, and so on, for which there are no vaccines at the time, diminished both in incidence and mortality (ability to kill) due to better social conditions.

You would think – as medical students who are supposed to be moderately intelligent – that some of us would have asked: ‘But if deaths from these diseases decreased due to improved social conditions, mightn’t the ones for which there are vaccines also have decreased at the same time for the same reason?’ But we didn’t.

What this book especially brought to light was not just that open debate on vaccination is systematically stifled, but the gruesome early history of vaccination itself is hidden, suppressed, and denied. Just knowing the early history of vaccination is enough for us to see that all along this phenomena has fundamentally been about power and money, in complete and abject disregard for human health. We believe an open-minded reading of the book mentioned above will lead you to the same conclusions.

The early history of vaccines is fraught with egregious trial-and-error “science” on humans treated as guinea pigs matched with strong-arm tactics at compulsory vaccination. But even though they were dealing with human populations that were not as educated as we may be today, the illness and deaths of children resulting from vaccination were not lost on parents – and in some cases, before the medical establishment had full control over their doctors’ muzzles, were admitted to by doctors. Here are a few among many pictorial examples and their heart-breaking stories: 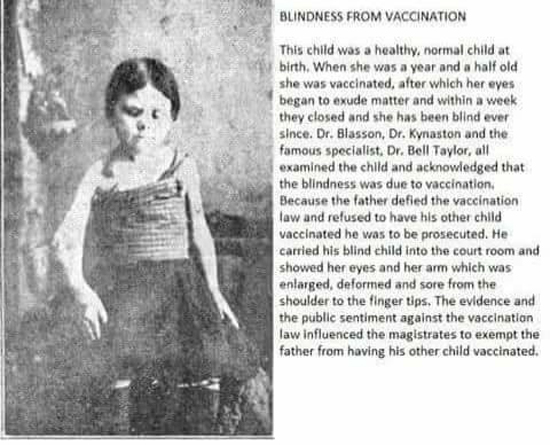 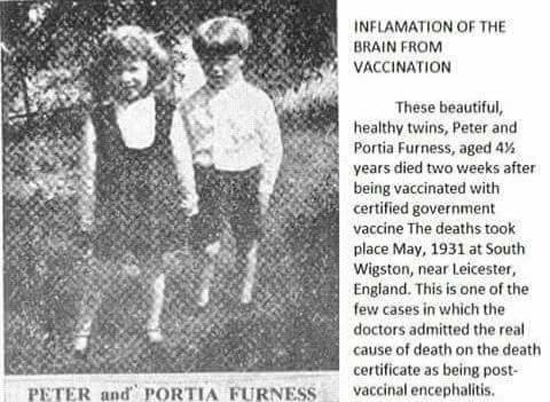 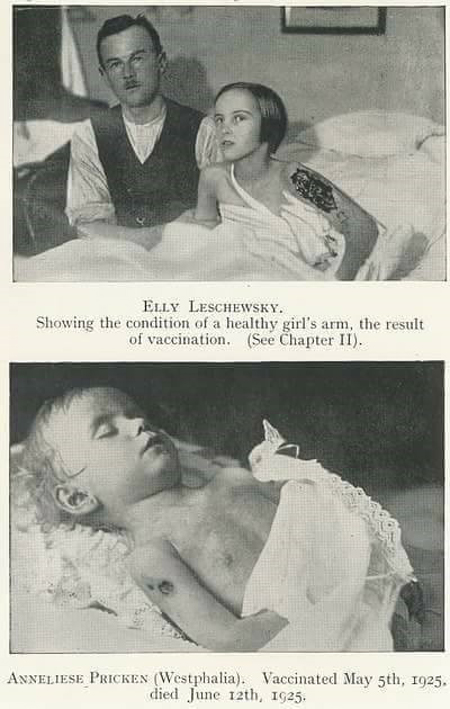 At a time when mainstream media, government, and the medical establishment were not the well-oiled machine of elite propaganda they are today, public outrage and attempts to mobilize against compulsory vaccination were squarely in the public eye: 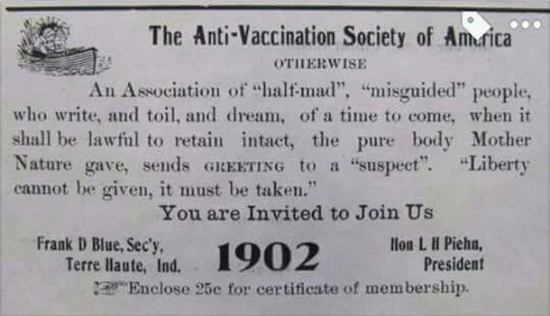 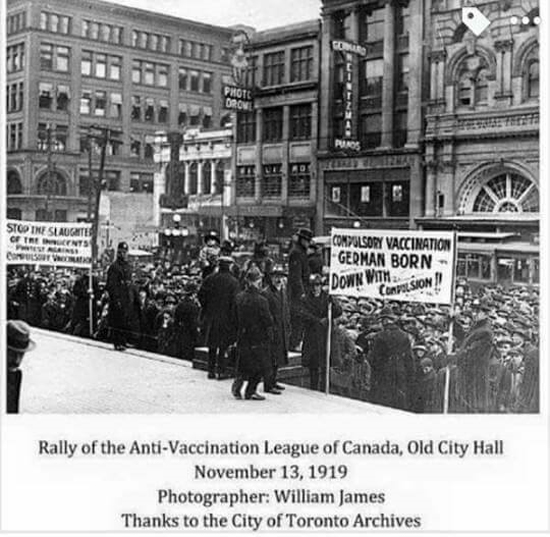 Like today, there were professionals and researchers speaking out against the dangers of vaccination, and probably suffered from the same lack of funding to proliferate their message. 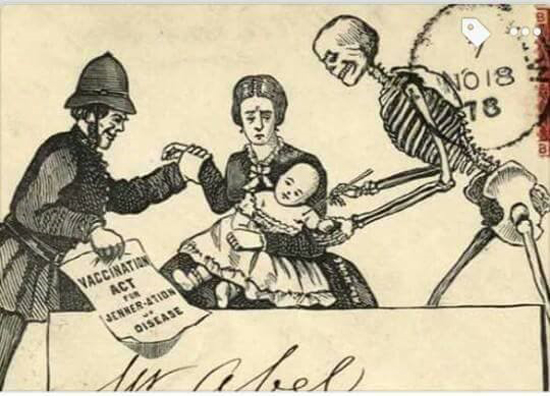 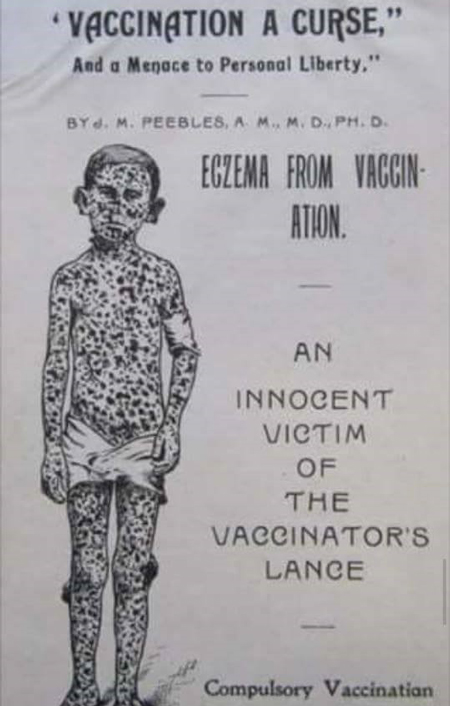 One would imagine that if the early vaccine industry actually cared about public health, that even the death or crippling of ONE CHILD that occurred directly after vaccination would cause them to shut down operations until they could verify that this death was not caused by vaccines. Alas, these pictures demonstrate otherwise. And if it did not happen then, it certainly is not happening now.

The outright lie found on government medical websites that “vaccines are safe and effective” belies the fact that a special fund and a special court was set up by the government to issue compensation to sufferers of vaccine injury that has already paid out over $3.7 billion dollars. The fact is that this court was set up to prevent people from being able to sue vaccine companies directly, because it was forecast that all the vaccine manufacturers would go bankrupt if they were not protected from being sued. That’s how “safe and effective” vaccines have proven to be.

Today there is a tremendous push towards compulsory vaccination as well, despite the awesome and tireless work of enraged citizens at the turn of the century, as evidenced in these pictures! The vaccine industry is also controlling the narrative with well-funded propaganda through coordinated efforts of the medical establishment, government, and the media. Part of this effort is hiding the history from us that we see in the pictures featured above.

If we are to become clear as a collective about the big picture of what is going on behind government and industry policy today, sometimes a brief look at history is all it takes.