We are getting closer and with rapid steps, towards total control of the population

We are accelerating to a full-on police state where “papers, please” is set to be replaced by a much more intrusive biometric scan. It appears that, once again, what many people believed would be restricted to border control measures for specific groups of people is set to trickle down to any and all of the traveling public. 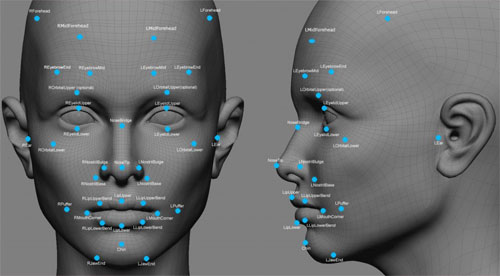 A new program initiated by Delta Airlines at Minneapolis-St. Paul airport is to have automated baggage kiosks for “priority customers” that will first scan a traveler’s passport, then their face in order to match identity to checked luggage. It was promoted as a “pilot program” that Delta launched to seek customer feedback in the hope that it could be rolled out more widely in the future. However, pilot program or not, a new announcement by JetBlue makes it clear that this is quickly heading toward the mandatory in the very near future.

An article from Bloomberg states the familiar calls to convenience and security for the increased push toward requiring biometric ID for air travel:
JetBlue Airways Corp. and Delta Air Lines Inc. will test facial – and fingerprint – recognition technology at two U.S. airports to replace boarding passes, building on industry efforts to increase security and ease passage through airports.
The JetBlue program will start this month on flights from Boston to Aruba’s Queen Beatrix International Airport, the airline said. It will match passenger photos to their passport or visa photos. Delta has been trying fingerprint identification in Washington that may eventually replace boarding passes.

“We hope to learn how we can further reduce friction points in the airport experience, with the boarding process being one of the hardest to solve,” Joanna Geraghty, JetBlue’s executive vice president for customer experience, said in a statement.
While at first this might seem limited in scope, additional statements in the article make it clear that not only is this likely not to be an opt-in situation, but there is an admission that the move toward biometric ID will go far beyond the airport. Emphasis added:
JetBlue passengers will be able to participate without enrolling or registering in advance.

A custom-designed camera will take a photo and transmit it to U.S. authorities to compare against databases of passport, visa and immigration images. A display above the camera will notify travelers when they can board. New York based JetBlue is working with U.S. Customs and Border Protection and SITA, an information-technology provider for airlines.

“This is the first integration of biometric authorization by the CBP with an airline and may prove to be a solution that will be quick and easy to roll out across U.S. airports,” Jim Peters, SITA’s chief technology officer, said in the statement.

“We’re rapidly moving toward a day when your fingerprint, iris or face will become the only ID you’ll need for any number of transactions throughout a given day,” said Gil West, Delta chief operating officer.

This should be viewed as an integral part of helping to lay the foundation of a much larger initiative to turn people into digital organisms with virtual papers. The political will is there, the databases exist and the technology is clearly being rolled out across every meaningful area of human activity.