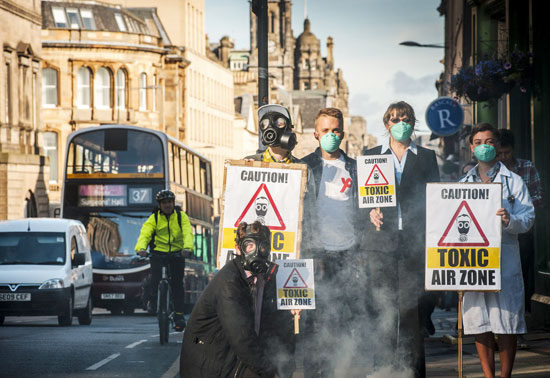 We live in a toxin-laden world; there’s no doubt about that. Whether it’s in food, vaccines, the water we drink or the skies above, there is no shortage of harmful pollutants in modern society. But getting the details on what’s contaminating the food you eat and the water you drink, or what lurks inside those pesky inoculations, is tough going. After all, entire industries have been built around toxins and poisonous practices.

Telling the truth about what’s in vaccines and the harms of pesticides isn’t going to bring home the bacon for profit-driven corporations and their mainstream media shills. But, lying about the dangers certainly will – which is why the importance of independent science and independent media is now at an all-time high. At Toxins.news, you can learn about all the things the legacy media and big businesses don’t want you to know. Whether it’s the truth about what’s in vaccines, chemtrails or toxins in your food – there’s knowledge to be had.

In a perfect world, corporations wouldn’t knowingly produce and sell products that are damaging to the planet and to human health. And even if they did, government agencies charged with preserving that health would actually act in the best interests of the public. But we don’t live in a perfect world; the reality is that pesticide producers, food manufacturers and drug makers often create and sell products that they know are harmful.

Even once the evidence of harm becomes undeniable, in many cases these corporate giants continue to look the other way, and have even been accused of colluding with government agencies to keep the ill effects of their products under wraps. Look no further than the massive cover-up involving Monsanto and their flagship herbicide, Roundup and the EPA.
Monsanto’s history is rife with controversy and the company has a reputation for blatantly ignoring the facts when their products prove toxic. Recently revealed documents show that the company knew PCBs, or polychlorinated biphenyls, were toxic for at least a decade before ceasing production. Were they poisoning us on purpose?

But the problem isn’t just Monsanto – sometimes, it’s the government. The fluoridation of public water supplies across the U.S. is proof of that. Fluoride is not an essential nutrient. In fact, as a neurotoxin, it’s really quite the opposite – and there is plenty of evidence that it’s harmful. Along with weaker bones and skeletal fluorosis, fluoride has been linked to lower IQs in children, cognitive issues, heat disease and more.

Many of the things that have become part of our everyday lives can pose a threat to health. The food we eat is often sprayed with toxic pesticides, herbicides and other chemicals. Whether it’s dioxin, glyphosate, atrazine or something else – there is no shortage of options in the market of toxic things to spray on crops. It’s not rocket science: If it kills living things, it probably shouldn’t be consumed.

Even after crops have been harvested, their path to you exposes them to more toxins. Whether it’s bleaching agents or chemical processing agents like hexane or other additives like benzene or food colorants, what happens between harvest time and meal time can be pretty unsavory. Then there’s food storage: Many plastic containers contain BPAs or other harmful compounds.
The list just goes on and on, and on some more.