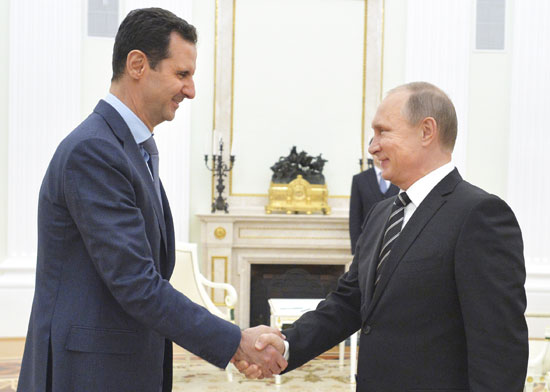 Vladimir Putin is still pummeling the New World Order ideology in Syria, and certainly NWO agents aren’t happy at all because obviously they think that Putin should have given up on Assad.

Well, he is responsible for the deaths of thousands upon thousands of civilians; he is behind torturing prisoners of war; he has used chemical weapons on his own people; he is a dictator who will not listen to the voice of reason; and on and on it goes. In order to make Assad pay, the UN Security Council attempts to put new sanctions on Assad. Putin has declared last year that he ain’t buying it:

Putin moved on to say quite explicitly that “Russia will not support any new sanctions against Syria.” The UN Security Council was indirectly representing the Israeli regime, which aspired to oust Assad since the beginning of the war. Vladimir Putin was indirectly representing the vast citizens of this world, who refuse to bow down to the New World Order ideology in the Middle East and elsewhere.