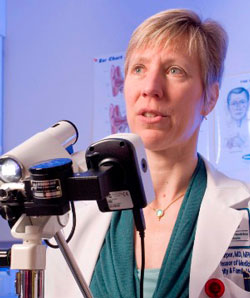 An expert involved in the approval process for the human papilloma virus (HPV) vaccines Gardasil and Cervarix, is speaking out about the dangers and why you shouldn’t risk your child’s health in getting them.

Diane Harper, M.D., professor and chair of the department of Family and Geriatric Medicine at the University of Louisville, revealed at the 4th International Conference on Vaccination that HPV vaccines are essentially worthless, because rates of cervical cancer in the U.S. are extremely low anyway.

Her speech was intended to promote the benefits of vaccines, but she changed her mind and went in a different direction in an effort to “clean her conscience about the deadly vaccines”, according to The Daily Sheeple.

Dr. Harper, a former vaccine research scientist for Merck, said she wouldn’t be able to sleep at night unless she aired the truth about HPV vaccines. In her speech, given in Reston, Virginia, she said that 70 percent of all HPV infections resolve themselves without treatment, and 90 percent do so within two years.

Over 40 young girls reported to have died from HPV vaccines

All safety trials for HPV vaccines were done on 15-year-olds, said Dr. Harper, and not 9-year-olds, the demographic for which the immunizations are now recommended. Furthermore, there is a real risk associated with these vaccines, she added.

More than 15,000 girls have experienced adverse side effects from Gardasil, according to the Vaccine Adverse Event Reporting System (VAERS). A number likely to be far higher in reality, since many vaccine side effects go unreported.

At least 44 girls are known to have died from these vaccines. Some side effects experienced by those receiving the HPV vaccines include seizures, blood clots, brain inflammation, lupus and Guillain Barre Syndrome, a rare but serious autoimmune deficiency that causes the immune system to attack and damage nerve cells.

While the majority of those with GBS recover, the disorder may cause muscle weakness, difficulty breathing, paralysis and sometimes death.

As with most vaccines, parents are usually not made aware of the risks. 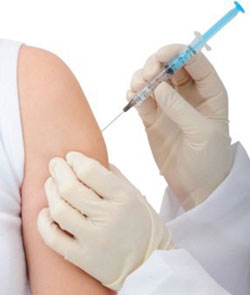 “About eight in every ten women who have been sexually active will have HPVat some stage of their life”, said Dr. Harper during her speech.

“Normally there are no symptoms, and in 98 per cent of cases it clears itself. But in those cases where it doesn’t, and isn’t treated, it can lead to pre-cancerous cells which may develop into cervical cancer.”

Dr. Harper said that while Gardasil and Cervarix are marketed as protecting against cervical cancer, the claim has not been proven and is hypothetical. Research conducted on the drugs show “there is no demonstrated relationship between the condition being vaccinated for and the rare cancers that the vaccinemight prevent, but it is marketed to do that nonetheless”, she said.

“In fact, there is no actual evidence that the vaccine can prevent any cancer. From the manufacturers own admissions, the vaccine only works on 4 strains out of 40 for a specific venereal disease that dies on its own in a relatively short period, so the chance of it actually helping an individual is about the same as the chance of her being struck by a meteorite.”

Her comments, though brave, placed Dr. Harper’s reputation at risk. Big Pharma’s attack dogs quickly sought to destroy her, attempting to dismantle her credibility as a professional research scientist.

Since coming forward with her concerns about the HPV vaccines, a relentless and vicious campaign has been waged against her. The former Merck scientist was made to look like a kook in an article published by The Sunday Express, a British tabloid, which heavily misquoted her.

Hoping to set the record straight, Dr. Harper clarified her position in an interview with CBS News, during which she said that HPV vaccines carry real risks while offering very little benefits.

“The benefit to public health is nothing, there is no reduction in cervical cancers, they are just postponed, unless the protection lasts for at least 15 years, and over 70% of all sexually active females of all ages are vaccinated.”

She also added that reported side effects of the vaccine prove HPV vaccines are more dangerous than the cervical cancer its makers say it prevents.