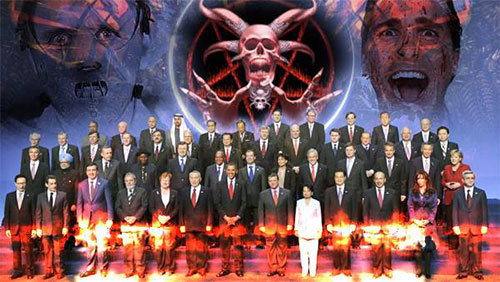 Alternative media sources frequently describe certain political elite members as psychopaths. But what exactly makes up a psychopath? What exactly are the political implications?
Indeed there is a lot of good will shown in the world while at the same time there exists so much suffering in the form of war, poverty and injustice. How come? Sure, humans may have dark aggressive animal tendencies, but much of the suffering inflicted cannot be explained by this alone.
There is a far bigger picture.


Pathocracy comes from the Greek words pathos – feeling pain and suffering – and kratos – rule. So pathocracy can be used to describe an oppressive tyrannical government ran by elite psychopaths and the effects it has on the people.

The wolf in sheep’s clothing, pathocracy, with its media propaganda, paid off political and corporate capitalist cronies, manages to sell the illusion of a democracy: the more it gains in an already way too disproportionate share of political power operating through branches of government, the more unstable it becomes.

The pathocracy with its covert/overt operations can be quite complex but it has certain characteristics. All these characteristics typically reflect a psychopath and psychotic behavior. Indeed, anyone having at least some of these traits may be doing rather well as an associate with the pathocracy. Can you see the following things occurring in your government?

1. Heavily suppressive
Does not recognize individualism, only sees the hive mind. Will prevent freedom of speech and show intolerance to debate or anything outside of the pathocracy ideology. Has little interest in and will suppress creativity, but is quite capable of stealing creative ideas for own gain.

2. Oppressive
Rules and controls by fear or force.

3. No Conscience
Has no morals while not having the integrity needed for social structure, life workability. Shows no empathy where others would.

4. Self-interest
Has the “what’s in it for me?” mentality, hence the ability to manipulate, seeing humans as a resource rather than as intrinsic individuals with needs. This extends to having little regard for human rights as shown for instances in the okaying of torture and slavery.

5. Covertly hostile
The pathocracy is far from transparent. Basically it is evil deception masquerading as we care for you. It hides or sugar coats its real intentions while having much suspicion for those who are different to its hive mind ideology: Hence the real reason for the pathocracy’s paranoiac obsession with surveillance.

6. Widely corrupted
Corruption is endemic in the pathocracy. As expected, corrupted reasoning; cognitive dissonance, Orwellian doublespeak, fanatical Trojan ideology… and all that comes with the corruption. 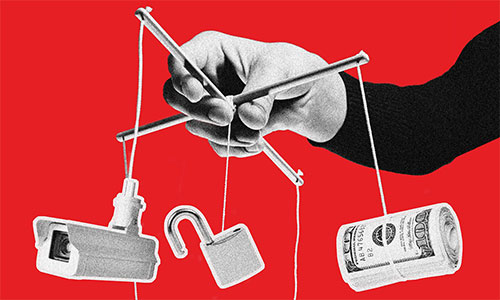 7. Obsession with control
The reason for the want to have centralization of power: only one political party, one central bank, one religion… is the pathocracy’s obsession with control. Centralization makes it easier to control. On the subject of religion, the pathocracy is not interested in spirituality. It sees religion as a control system and anyone going beyond the confines would be regarded as a heretic or threat.

8. Parasitic nature
There is a gross inequality: the parasitical tyrannical state system has created an ongoing forever increasing rift between the rich and the poor. The ruling class talk of equality with all the related ideals while showing much hypocrisy and contempt for the working class.

9. Unfairness
The pathocracy is unfair and uncompromising. It leaves little in the way of choice for the people it supposed to be serving.

As with Hitler and Stalin, no matter how invincible it looks, the pathocracy will fail.
Psychopathology is a form of psychosis. That means an innate inability to live a normal life. That means even if all the success in the world could be handed to the pathocracy on a silver platter because of its destructive nature it will still be doomed to fail. What about the chaos it will create along the way?

The Solution – How to deal with it

As with all psychopaths, the pathocracy will never learn nor see the “error of its ways”. It is hell-bent on power and control. It doesn’t want people growing, because it has the understanding that if we were allowed to grow, then they, the ruling elite, would lose their power through the inability to control us.

Life shows up as a consequence of where we are consciously at. Conscious is dynamic and always changing. So, in turn, circumstances will always change, reflecting that changing consciousness.

When you spread the word about what’s going on in the world, expose the truth about these oppressive psychopathic rulers; what they’re up to with their plans to enslave humanity and do your “inner work”, be it through meditation, thought, prayer or the “laws of attraction” then you are contributing to producing the necessary changes in consciousness needed to raise the awareness of the human race and overall make manifest an outcome far different to the doom and gloom that’s planned by the pathocracy.

People power does exist.
It exists in us all.