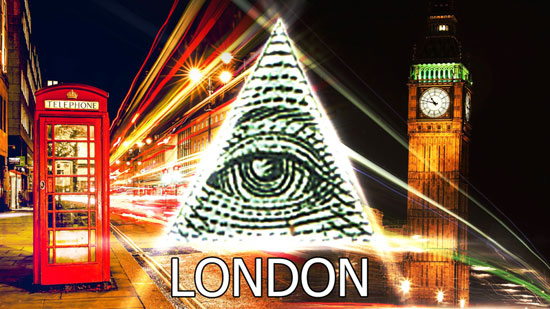 Whether it’s pumping out lies about Germans raping Belgians and killing their children in 1914, misrepresenting Germany’s actions vis a vis Poland in 1939, lying about WMD in 2003, or orchestrating attacks on former Russian spies in 2018, London is proud of its role in bringing war to the world over and over again throughout the last century.

Thanks largely to the internet, most British people are now aware the government is all bluff and blather, going through the same old war-creating games, on behalf of the Satanic Illuminati. But other international audiences, like the US religious right for example, plugged into their TV evangelical outpourrings are sadly buying into the lies. Strangely Satan is fully in control of those who regard themselves as most Christian.

Global insanity has taken over international relations. The British government is leading dozens of nations down a precarious path of Monty Python burlesque politics towards Russia.

It is far from funny. This is how world wars are incited.

Over 100 Russian diplomats were expelled at the end of March by the United States, Canada, Australia, and European countries – largely at the behest of official British claims that Russia was responsible for an alleged poison attack in England.

Moscow, as well as many other independent observers, have pointed out that not one scrap of evidence has been presented by the British government to support its claim that Russian state agents carried out an assassination attempt on a former MI6 double agent and his daughter in Salisbury on March 4.

Sergei (66) and 33-year-old Yulia Skripal remained in hospital after apparently being injured from exposure to a nerve-agent substance while they were in a public space. But the exact circumstances of how they fell ill is not known. British claim of Russian state culpability were simply that: unverified claims.

The link to alleged Russian state involvement was tenuous at best, relying on undisclosed claims made by the British concerning the hypothetical poisonous substance which the Skripals supposedly encountered.

Yet on the basis of no evidence and heaps of sensational British speculation, more than 25 nations have exacted retribution on Russia, expelling up to 130 diplomats. The campaign to penalize Russia looked set to escalate even further. British Prime Minister Theresa May said that more punitive measures were being considered. The US and EU have also warned of further sanctions.

London was gloating at its capacity to galvanize other nations into action against Russia. And so it might have. For it was something of an achievement – albeit dubious – that the British managed to whip up one of the worst diplomatic crisis since the Second World War, based solely on lurid anti-Russian innuendo.

It was all the more something to marvel at given that Britain is in the throes of an acrimonious row with the European Union over its decision to quit the bloc.

The Brexit referendum held in 2016 ended British membership of the European community after more than 40 years from its joining in 1973. The departure has caused an existential rupture in the EU, unleashing tensions among separatist political forces in other member states. Not so long ago, senior EU figures were fretting that the entire bloc might even collapse altogether after the British blow to leave.

So, given the damage that British national politics have inflicted on the European Union it is rather astounding that the bloc was rallying at the behest of Britain to further undermine relations with Russia.

It is unbelievable that supposedly advanced democracies in Europe were indulging Britain’s trashing of legal standards to make wild claims against Russia.

However, on one hand people should not be surprised. Britain’s historic role with regard to Europe since the Second World War has been to act as a spoiler to ensure that European states did not embrace socialist politics or develop friendly relations with Russia.

After World War II, there was a strong movement across Europe to adopt socialism. That was anathema to the Americans and their always-close British ally as the custodians of international capitalism. This was one reason why the US-led military alliance, the North Atlantic Treaty Organization, was set up in 1949 as a bulwark to keep Europe under Anglo-American control.

NATO’s first secretary-general, Britain’s Lord Ismay, quipped that the function of the alliance was “to keep the Americans in, the Germans down and the Russians out”. 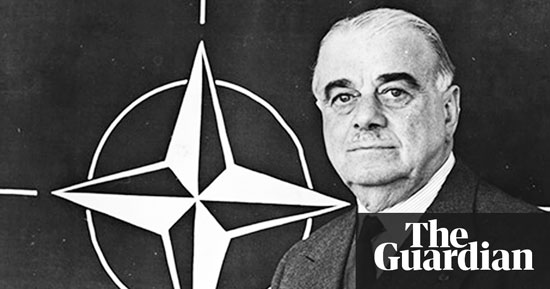 The European Union and its precursor European Economic Community was another such vehicle for American and British control over the continent to make sure it didn’t establish independent, friendly relations with the Soviet Union.

One of the European architects, French President Charles De Gaulle, did not want to admit Britain to the early community because he rightly envisaged the British acting as a spanner in the works. How right De Gaulle was.

For most of its four-decade membership of the European bloc, Britain has been a troublesome party. It has always seemed to be out of step with the rest of Europe, using the benefits of trade, while at the same time stirring up political problems over Britain’s “special status”.

The Brexit debacle is the outcome of decades of incorrigible British carping and spoiling with the rest of Europe.

The irony is that just as this churlish European member is packing its bags to leave the bloc, Britain bequeathed a final act of vandalism on EU-Russian relations with its outlandish tale of an assassination attempt.

It is particularly risible that Britain’s Foreign Secretary Boris Johnson has played such a prominent role in the latest saga, agitating “solidarity” among EU members against Russia. This is the same Johnson who arrogantly wants to dump Europe to pursue British fantasies of renewed “greatness”. Recall his bumptious response to EU claims for financial compensation over the Brexit divorce: he advised the Europeans “to go whistle” – meaning, no reparation.

British leaders must be smugly laughing up their sleeves over the collective insanity they have induced across Europe in particular.

People can expect nothing better from Washington. It is only too willing to exploit an opportunity to demonize and debilitate Russia especially given its strategic goal of displacing Russian gas from European markets with its own fuel exports.

What is perplexing is just how gullible European states were to adopt a British wild-goose-chase story based on no evidence, which was storing up long term strategic problems with Russia and the continent of Europe. Have the Europeans learnt nothing from their history of wars and destruction, and manipulation by perfidious Britain?

All the evidence for these American-British horrors are as plain as the nose on your face. And yet the pious European states have not issued sanctions for those crimes. No. They were instead prepared to cut the nose off their face to spite their own relations with Russia all on the say-so of the self-serving British.

European political leaders may not have common morality or intelligence to see the travesty. But ordinary European citizens do. That is why the venal EU bureaucracy is in deep trouble. Its feckless leaders are betraying the real needs of the people, to pursue geopolitical charades. The people will not forgive such odious decadence.