Luciferianism: A Secular Look At A Destructive Globalist Belief System (1)

Over many years of investigating the mechanics of global events and the people behind them, I have become perhaps a little obsessed with one particular subject – the source and motivations of evil.
This fascination does not stem from a simple morbid curiosity, but a strategic need to understand an enemy. Much like an exterminator needs to understand the behavior of cockroaches to be effective, I seek to understand the behavior and nature of organized evil. 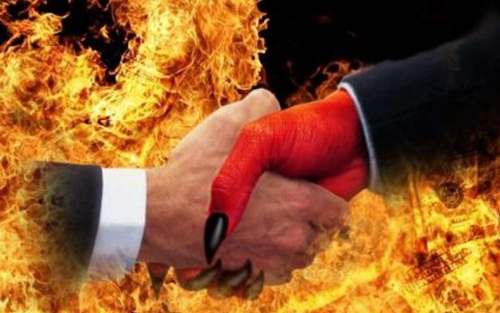 One very important fact that must first be made clear in people’s minds is that evil does indeed exist. Establishment propaganda has spent immense time, effort and capital attempting to condition society into believing that evil is nothing more than a social construct – an opinion.

Two particular areas of human psychology support this fact. First, as the work of Carl Jung (and by extension anthropologists like Joseph Campbell) exposed, all human beings no matter where in the world they are born, from the most isolated tribe in the Amazon to the largest metropolis in America, carry the same archetypal symbols in their psyche. That is to say, we ALL have the same psychological elements in our minds regardless of environment.

This fact alone is so overwhelming to modern man that some people refuse to even acknowledge it as a possibility. We have been trained like lab rats to see only one path through the maze; we have been told over and over again that everything is “relative”; that each person is entirely a product of environment and that we all start out empty as “blank slates”.

The vicious attacks on Carl Jung by the establishment (including lies that he cooperated with the Nazis) tell me that Jung was very close to the mark. He had stumbled upon something very dangerous to the establishment; something that could derail their conditioning of the public.

Second, the undeniable existence of the human conscience suggests that we are born with an understanding of duality. Meaning, just as Jung discovered, our psyches contain inherent concepts of good and evil that influence our decisions and reactions. Jung referred to evil, or psychologically destructive impulses, as the “personal shadow” and the “collective shadow”.

The vast majority of people have an intuitive relationship with good and evil. They feel anxiety when confronted with evil actions or thoughts, and they feel personal guilt when they know they have done something evil to other people. Some might call this a “moral compass”. I would refer to it as part of the soul or spirit.

In any case, there is a contingent of people in the world that do not have it – a small percentage of the population that is born without conscience, or that finds it easy to ignore conscience. We’ll get to those people in a moment, but first, we should probably define what evil is.

Evil is first and foremost any action that seeks to destroy, exploit or enslave in the name of personal gain or gratification.
Unfortunately, evil actions are often misrepresented as advantageous for the group, thereby making them morally acceptable. The needs of the many supposedly outweigh the needs of the few, and thus evil is rationalized as a means to a “positive end” for the “greater good”.

In most cases, however, destructive actions do not end up serving the interests of the majority, and only end up giving more wealth and power to an elitist minority. This is not a coincidence.

Evil begins with the denial of the existence of conscience, or the denial of the existence of choice. Each person is born with a capacity or freedom to choose. We can listen to conscience, or we can ignore it. We can do good, or we can do evil. Evil tells us the choice is relative and that morality is relative; that there is no difference between a good choice and a bad choice, or, that the evil choice is the only choice.

Beyond ignoring conscience, we must also define the motivation that drives evil. Psychology would suggest that destructive self serving actions stem from an obsessive desire to obtain or control things we cannot or should not have. Interestingly, this is also what some religions teach us, but let’s stick to a secular examination. 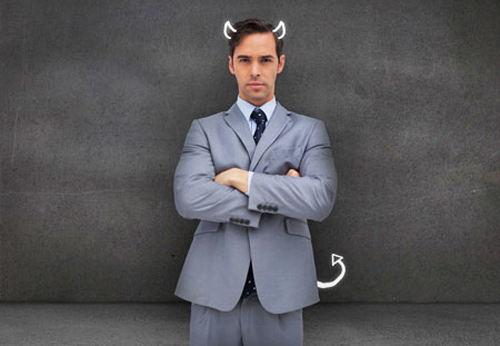 As mentioned earlier, there is a group of people in the world who do not see good and evil the way most of us do. Their psyche functions in a completely different way, without the filter of conscience. These people exhibit the traits of narcissistic sociopaths.

Full blown high level narcissistic sociopaths represent around 1% to 5% of the total human population, and most of them are born, not made by their environment. Also, 5% to 10% of people hold latent traits of either narcissism or sociopathy that generally only rise to the surface in an unstable crisis environment.

I have written extensively on narcissistic sociopaths and the globalist establishment in numerous articles. I have also outlined how such people, contrary to popular belief, are not isolated from one another. They do in fact organize into groups for mutual gain.

There is an ideology or system of belief that argues for the exact opposite of what conscience tells us is “good”, and that system is Luciferianism.
In fact, luciferianism appears to be the source influence for most existing destructive “-isms” in our society today (including socialism and globalism). It is my theory that luciferianism is a religion or cult designed by sociopathic narcissists for the benefit of sociopathic narcissists.

It is sometimes difficult to identify the true “sacraments” behind luciferianism because, for one, luciferians refuse to admit that the system is a religion at all. They prefer to call it a philosophy or methodology, at least in public. The system also seems to encourage active disinformation in order to dissuade or mislead non-adherents. The historic term for this religious secrecy is “occultism”. I would call it “elitism”.

There are some foundational beliefs that luciferians do openly admit to. First and foremost, the goal of luciferianism is to attain godhood. That is to say, they believe that SOME human beings have the capacity to become gods through the accumulation of knowledge.

I have written about the insanity of the goal of godhood in the past, outlining how quantum physics and Kurt Godel’s Incompleteness Proof make total scientific and mathematical observation and understanding of the universe impossible.
But mathematical reality does not stop luciferian circles from destructively chasing that which they cannot have. By extension, scientific knowledge not tempered by discipline, wisdom and a moral compass can lead to catastrophe. Material knowledge is invariably abused by those seeking godlike power.

The notion of self-worship is a core trait of sociopathic narcissists; Luciferianism just codifies it as if it is a virtue. Another problem with the idea of becoming a god is that one inevitably develops a desire for followers and worshipers. What is a savior, after all, without a flock? But how does a human being gain a flock and become more a god? Through force or through trickery?

Second, luciferians claim they seek to elevate the power of the individual in general. In the minds of many people this doesn’t sound like a negative at all. Even I have argued for the importance of individualism in the midst of societal controls. That said, any ideology can be taken to extremes.

The pursuit of individual gratification can be pushed too far, to the point that the people around us begin to suffer. Because of the elitist nature of luciferianism, they are not necessarily seeking the elevation of ALL individuals, just certain “deserving” individuals. There is a tendency to view non-adherents as “inferior”; stupid people that should be sheared like sheep by those who are chasing a superior dream of personal godhood.

This attitude can also be seen in the common actions of narcissistic sociopaths, who have no qualms about conning or exploiting people around them as resources, feeding off others like parasites. They treat this as an acceptable practice because they see themselves as special; they are destined to achieve more than the ignorant rabble. They are meant to do great things, and their image is meant to be cemented in the foundations of history.