Read the first part of the article

Comparing the combat positions of two global players in the arena of fighting without rules, we note the following. The United States is governed by a deep state, and its intentions are perfectly transparent. It is committed to preserving itself and its power forever. Moreover, the power is on a global scale, since the smaller scale does not correspond to the tentacles of this octopus that have grown to ensure its “interests” and its appetites. But the resources of power – the reality is rather sad. 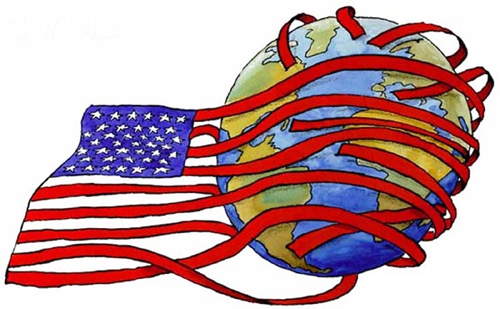 Satellites are rapidly questioning their loyalty, and this is observed on all continents, but it would be especially sad for Brzezinski to see now – Eurasia is almost completely out of control, and there are incredibly large-scale integration processes and projects to which the hegemon is not invited. Even the most devoted satellites begin to look around in alarm in the hope of orienting themselves in the fog of changes and cling to a more reliable shoulder. The geopolitical void, which was to be filled on the bones of Russia, at the expense of Russia and against Russia, is uncontrollably filled with other players who do not obey the world superpower.

Moreover, not only Russia and China are re-building spaces of attraction, but Europe has turned out to be intellectually prepared for the imminent retreat of the world superpower. The French “New Right School” is focused on the power of the Eurasian continent (based on a “common history” and “common destiny”) and rejection of Atlantism and Mondialism. “The Call of the Ancestors” is the sociocultural archetype that underlies the geopolitical scenario. The expected threat to the “common fate” of the Eurasian continent in the event of a possible geopolitical alliance of the USA and China has literally before our eyes turned into another destroyed hegemonic hope. At the same time, in different geopolitical scenarios (J. Tiiar, C. Terracino, J. Parvulesco) Russia is assigned the noble role of the savior of Europe, the entire Eurasian continent, from the Atlantis’s claims. Observing the collapse of the European Union, it remains the hope that European integrators have the wisdom to turn their faces to possibilities of co-development with the projects of the Shanghai Cooperation Organization (SCO), the Eurasian Economic Union (EAEU) and the Belt Road Initiative (BRI).

The deep state turned out to be ideologically and geopolitically bankrupt, which is not surprising when you consider that neo-conservatives have reduced all the intellectual power of geopolitics to squalid and inhumane pragmatics, justifying strategic plans for military operations or the economic expansion of American corporations and the desires of Israel. After feeding a whole generation of Americans with myths about an exceptional nation, about the end of history and the mission of democratizing the whole world, the neoconservative narrative adopted as state gospel turned out to be morally bankrupt.

The one who promised to pull the octopus of the deep-seated state out of the mire of political life came to power, but now the nation does not know for sure who and with what purpose brought him to the White House. But, the Russians, as has already been proved, had nothing to do with it.

Are we seeing a crisis of power in modern Russia today? Undoubtedly Russians quickly tired of empty promises by the liberal government of Medvedev, but if you look at the mood of people today, the degree of self-confidence grows stronger. Vladislav Surkov proposed a new formula for the designation of that internal organic constant that in the Russians lasts from century to century, which neither reforms, revolution, nor war can break or change. Deep people in Russia say this about themselves: “I have in my genes recorded, a good invader doesn’t exist.” Therefore, in the terrible hour of war, all Russian – old, young, children, and women come out to fight the enemy.

The deep nation, through the grief of every Russian family remembers forever how much Western civilizers brought to each beneficiary and at what cost to the Russians. Of all earthly blessings, Russians most of all appreciate the opportunity to live their own way on their own land. You can rely on these people in the hour of trials, these people can be inspired by a great dream.

Are there any deep-seated people in America? There were in past times, before turning America into a world superpower. But for 30 years now, the middle and working class has practically disappeared as factories left the country for the sake of transnational corporate profits. The information and digital economy of office teams will never be a deep-seated people because of Darwinian laws of survival, intellectuals have always been single seekers of truth, students are now crushed by the clutches of education loans. The media, which could play a key role in uniting the nation around a great and noble goal, are engaged in witch-hunt and the corruption of all who can still be corrupted.

Russia Does not Interfere in the Elections, it Interferes into the Brain!

The report of the Carnegie Institute, once a serious “think tank,” can see now the paranormal reality:
“Russia’s growing global activity is a serious problem for the international order led by the United States and for the key pillars that support it. Moscow’s main priorities are the weakening of Euro-Atlantic security institutions, political and economic institutions, as well as the undermining of European unity and global US influence. Russia’s attempt to influence the elections in the United States probably should have discredited and undermined public confidence in the US political system and the electoral process, as well as undermined the country’s image on a global scale. The state of US policy has benefited the Kremlin, and administration delays in developing new US policy in various regions create a vacuum of retreating western power, which Russia, China or other states can use to their advantage.” 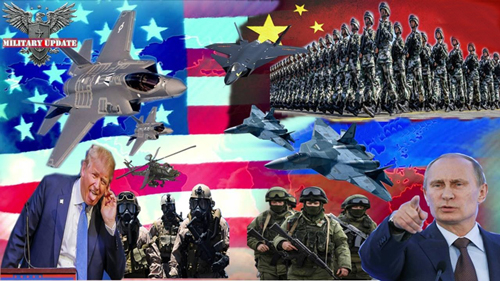 It is necessary to understand that the vacuum of the retreating western power is indeed Russia, China, and Iran which are filling the void not with bombs and weapons, not with aggression or overthrowing foreign governments, but in a more attractive way signaling a future that differs from the scorched desert offered by the West and the smoking ruins of cities.

Vladislav Surkov did not miss the chance to mock western elites:
“Foreign politicians ascribe to Russia interference in elections and referendums across the globe. In fact, the matter is even more serious – Russia interferes in their brains, and they do not know what to do with their own altered consciousness.”

Here it is necessary to clarify that consciousness has changed among the peoples but has remained the same with politicians. For example, in order to change the consciousness of the Greek people, there was no need for the intervention of Moscow, it was enough to strangle Greece in the IMF’s debt embraces and EU regulations, to take ports and a merchant fleet for debt. To change the consciousness of the French, it was enough to flood the cozy streets of French cities with thousands of refugees who do not carry a drop of mercy in their hearts to those who destroyed their homes and countries.

Note that among the 25 points of the requirements put forward by the “yellow vests” to the Macron government, there are two critically important ones – the withdrawal of France from NATO, and the rejection of aggression against other countries. The struggle of the “yellow vests” has been going on for the third month, and the brutal methods of suppression only warm up the mood of the protestors.

The Gathering Fog of War

There is a need to consider a new global security architecture, in which the unfit blocks of American centrism, Eurocentrism, expansion and dictatorship of exceptional nations will be removed. The world needs more than ever justice as the basis of relations between states, authorities and people, employer and employee. How to introduce this foundation into the world, tired of conflicts and wars, can be solved only in the process of dialogue. Panic moods manifest themselves among analysts in connection with their sense of the loss of their vision of the future due to the thickening fog of war.

Andrew Monogan, director of research for Russia, defense and security of Northern Europe at Pembroke College, Oxford University (United Kingdom), which studies the nature of war changes, proposed a new concept – “war of perception” where “the field of perception is also a battlefield where the state itself must impose such perception”, – Monaghan believes, adding that “we are moving from war, as war of the armies, to the war of all societies.”

Having quite correctly defined the new type of war, Monaghan again makes a typical mistake for the Atlantis’s, arguing that the state should impose such a perception. It is time to realize the experience of the fatal mistake when the USA imposed its perception on the world as the superpower, but in return received hatred and rejection.

Russia does not impose self-perception on anyone; it has a lot to do in the coming years – to give birth to many children, build houses for their families, develop vast spaces, piercing them with arteries of new highways and sea routes, give again a hope for a better future to the peoples of the world. Russia does not love war and never loved it, but “the armored train is always on the siding”.

Back in 2012, the “long-term prospect of creating weapons based on rediscovery of physical principles: optical, geophysical, wave, genetic and psychophysical” designated by Putin was already embodied in certain types of weapons tested and deployed for the defense of Russia. The younger generation of Russian scientists and engineers surpasses all previous generations in intellectual power.

In the arena of fighting without rules, Russians really have a huge advantage, they won in any conditions, following the rules of the nobility of the Warrior’s Spirit, but we also have invaluable experience of surviving in the taiga, where only alien idiots may think that there are no rules. So, considering Russia today as defined by Putin, it is clear the 2007 declaration in Munich was prophetic and only western doubters persist in avoiding its wisdom.

Luciferianism: A Secular Look At A Destructive Globalist Belief System (1)