Many now claiming they are able to actually smell chemtrails 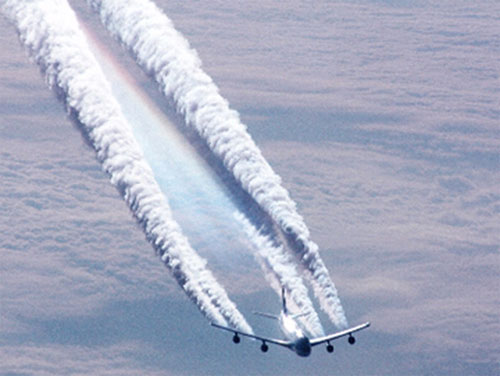 Newer chemtrails may have a static electricity or metallic smell, similar to the scent that hits you when you walk into a hospital. Google searches for the term chemtrails have skyrocketed after the easily observed an increase in spraying activity arising that has a distinct, sharper smell. It has other characteristics as well; it also seems to cause flu-like symptoms.

There is a possibility of biological agents and other chemicals being hidden in the mix of chemtrails used for weather modification and geoengineering. There is a long history of biological warfare experiments on citizens, therefore the great possibility exists that we are still being sprayed with the materials. Some people can smell the new chemtrail smell prior to opening any of their home doors or windows in the morning, while others aren’t capable of detecting the smell at all.

What gets sprayed in the sky falls to the ground. The same toxins that have been detected during direct chemical aerosol sampling from plumes in the sky has made its way into rainwater, soil, and blood tests that show contamination from aluminum, barium, and strontium among other toxic substances. These are the chemicals responsible for burning holes in leaves. Sensitive people have the ability to detect when these metal particles fall to the ground.

Chemtrails are a likely culprit for sudden migraines, joint pain and fatigue. Mercury contained in chemtrails can also interfere with thousands of the body’s chemical processes, preventing Gamma-Amino Butyric Acid (GABA) from binding to their receptors in the body. GABA is an amino acid in the body used to regulate the conductivity of nerves. Without GABA regulation, your thoughts will race uncontrollably and you will become extremely sensitive to sound, light, scents, and tastes.

The loss of essential active GABA results in racing thoughts, which is also common today with mercury toxicity. Short term memory may suffer as your ability to concentrate diminishes. Sensitivities to sounds, lights, and scents will heighten. The loss of essential active GABA will also induce sensitivities to emotions, which could result in depression, moodiness, irritability, and rage. Some fears may also arise as a result, which make some people petrified of the dark, car crashes, and confrontation.

The mercury in chemtrails also binds to zinc rendering it useless. A zinc deficiency is the most common reason people lose their senses of smell and taste. Seniors with dentures often suffer because dentures commonly contain red colorings made with cinnabar, which is the red ore of mercury. After denture placement, many seniors will experience dementia and hearing loss as a result of the exposure. Cinnabar is also present in lipstick and tattoo ink.

Researchers Discover How Our Brains Sharpen Our Memories While We Sleep