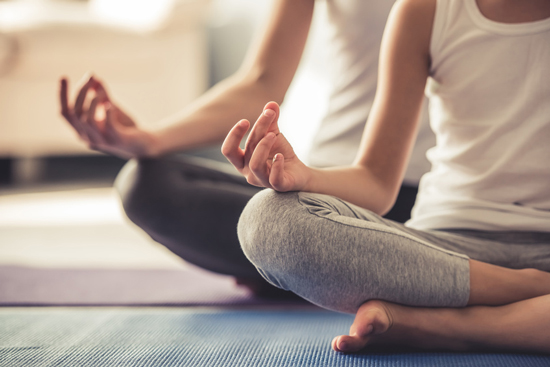 Meditation works on the premise that the problems and worries of everyday life can be diminished by focusing on what is happening in the present, and expelling properly-timed breaths. It is championed by 42-year-old American actress Angelina Jolie and 27-year-old British actress Emma Charlotte Duerre Watson.

Hollywood stars are not the only ones who partake of this new practice. Thirty-one-year-old investment bank employee Julia Lyons has taken up the practice since April 2016. “I have been meditating pretty regularly – probably five times a week, 30-minute sessions.”
“I just need a moment to chill out. This city – you are always running place to place and there are not a lot of quiet spaces. I think it’s made me a lot happier and also just helped me make better decisions, more thoughtful decisions” Lyons adds.

Lordlo Rinzler, “chief spiritual officer” of New York-based meditation studio Mdnful, says their service will offer 30 minutes meditations classes which follow the trend that has doubled in recent years. “I am sure they are going to be exactly like yoga studios, you are going to find them on every block,” Rinzler tells Agence France Presse (AFP).
Rinzler says that other Buddhist centers only offer long-term investment into the practice – several-hour session and even seminars that last for days and cost thousands in dollars. With classes at just $10 for half an hour, the New York-based studio and its other branches in Los Angeles, Boston, Miami, and Washington are aiming to cast their nets a little farther and gain a little bit more traction.

Companies are in on the craze, too

Companies are also moving in on meditation and its purported benefits. Organizations in Silicon Valley are reportedly incentivizing their employees to patronize meditation studios and reap their mind and wellness benefits so that they would have more productive working hours.
“The most common way that I find myself teaching at companies is I teach the CEOs to meditate, and they start to benefit and they bring me on to do a talk with the company,” Fletcher says in an interview with AFP.

Employees also go to her voluntarily. “Either they want to speak better, please their boss, want to make more money, or have better lovemaking. If you actually practice you will start enjoying your life more, your brain will function better, your body will feel better, you get sick less often.”

Meditation is also becoming more popular with the help of mobile apps. One of the most downloaded, Headspace, has more than 40,000 paying users. It has been downloaded more than 11 million times since the spring of this year.

The craze is a result of many factors – dwindling congregations at places of worship; immersion in technology, especially in cellular phones; and neuroscientists’ backing up of health claims. These, along with Americans’ never-ending quest for peace of mind and body wellness, have led to skyrocketing demands for this service.

Meditation became popular to the Western world when British rock and roll band The Beatles suddenly promoted the practice after returning from a trip they made in India in the late 1960s.