The ultimate covert weapon that the military’s secret research branch DARPA has been developing for decades, that the Federal Drug Administration approved for use on United States soil, has been quietly deployed across the American nation. 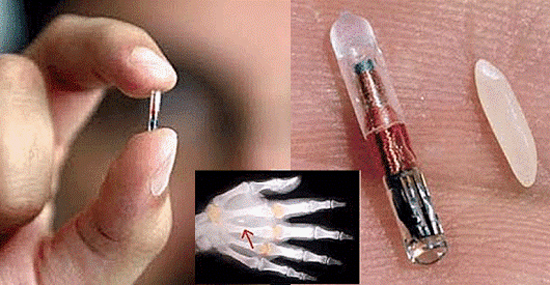 Human implant RFID, only a little bigger than a rice grain

Radio-Frequency Identification (RFID) is a small electronic device consisting of a small chip and an antenna. The RFID chip, also called a spy chip, is capable of carrying 2,000 bytes of data. The antenna, contrary to popular belief, both emits and receives information, even when embedded in the human body. Many chipped targeted individuals experience receiving both injurious psychological messages that are self-destructing and physical attacks that amount to torture due.

Each tiny chip, some now the size of nano particles, can be swallowed or inhaled. They immediately connect the unwitting human through the antenna to electromagnetic energy beamed at it from a reader device – yes, invisibly “beamed”.

In 2013, after DARPA, the secretive research arm of the Department of Defence after had spent decades experimenting on humans to develop and refine RFIDs for human use, and as America’s Federal Drug Administration processed approving RFID chips for Americans, Harvard graduate Dr. Katherine Albrecht, RFID expert, Genesis Communications Network Radio host and author of the book Spychips, discussed with Steve Vasquez the Real Id and Enhanced Driver’s license.

When an RFID chip picks up electromagnetic energy, the chip sends back its unique identification number to the reader device, allowing the item or individual to be remotely identified, monitored – and stalked or spied upon. These spy chips can beam back information anywhere – from a couple of inches to up to 20 or 30 feet or more away.

Transnational corporations, some of the world’s largest product manufacturers, have been plotting behind closed doors since 1999 to develop and commercialize RFID technology to replace the bar code, while the military has already begun implanting soldiers with chips. RFID tags are not an “improved bar code” as proponents espouse, nor are they to simply help soldiers heal from battlefield brain injuries, as the military espouses. 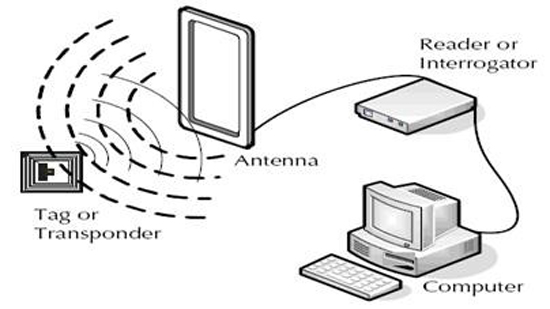 1. Today’s bar code technology on every Coke can is the same bar code number as every other Coke can in the world. Today’s RFID enables each and every Coke to have a unique ID number, one potentially linked to the person buying it when the can is scanned and a credit card or frequent shopper card is used. This is part of an “item registration system”.

2. A bar code must be read close distance. A chip can be read from long distance, straight through clothes, wallet or purse — without the owner’s knowledge or consent — by anybody with the right reader device. It gives strangers X-ray vision powers to stalk, spy on, identify both the individual person, as well as what that individual is wearing and carrying. (This is only one reason the stalking crime is exploding, according to stalking specialists: technology.)

3. A bar code has no health impact. RFIDs are hazardous to health in a world where RFID reader devices are everywhere – stores, in floors, on doorways, on airplanes, in refrigerators, in home medicine cabinets, etc. – each one continually bombarding electromagnetic energy at the human body. Long-term health effects of chronic exposure to energy emitted by these devices can be lethal, as surviving self-identified Targeted Individuals are experiencing and reporting.

As said before, the U.S. military has been secretly brain-chipping soldiers. Even worse, believe it or not, most Americans have been chipped tiny nano dust without their knowledge or consent, according to private investigator William Taylor in a discussion with Deborah Dupré.