More and more men nowadays are put in front of a difficult choice – mobile phone, or virility? 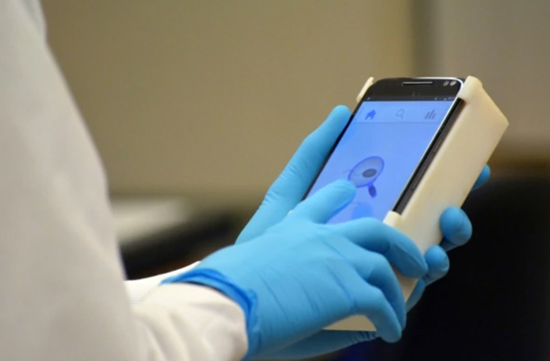 As many as one-in-seven couples has trouble conceiving a baby, even after having frequent, unprotected sex for at least a year. In at least half of these cases, the cause is found to lie with the man. Male infertility can be caused by several problems, including a low sperm count, abnormalities with the sperm itself or a blockage in the delivery system of the sperm.

One of the most frequent fertility problems encountered by men is low sperm count. Fortunately, there are several things a man can do to correct the problem, since many of the culprits are things that can be controlled.

Causes of low sperm count include:

Electromagnetic frequencies (EMFs) emitted by cell phones and other electronic devices. Avoid carrying your cell phone in your pocket, and place your laptop on a desk rather than on your lap, as these devices have been found to heat the testicles, lowering sperm production.

Smoking, in addition to causing multiple other health issues, also damages sperm. If you want to have a baby, you should stop smoking; it’s as simple as that.

Pesticides, like the hormones found in meat and other foods, mimic estrogens, playing havoc with a man’s hormonal balance. Be sure to choose organic, non-GMO fruits and veggies (or grow your own), and quit eating meat.

As tough as it might sound, you will need to quit alcohol consumption as well, as studies have found that it can decrease sperm count.

Soy is highly processed and contains a type of phytoestrogen that interferes with testosterone production. Plus, most soy in the United States is genetically modified, so there is plenty of reason to avoid it altogether.

Don’t ever heat anything up in a plastic container. When plastics are heated, they release xenohormones, which in turn mimic estrogen in the body.

Sperm doesn’t like getting hot, plain and simple! It is therefore a good idea to avoid saunas and hot tubs if you’re trying to conceive. Tight underwear also interferes with your body’s natural “cooling” system, so rather choose boxers while you’re trying to make a baby.

‘Do it yourself’ fertility test to your smartphone

In many cases, frustrated couples continue trying for a baby for years, unsure of why they’re struggling, because visiting a doctor or fertility clinic to determine the cause of the problem is invasive, embarrassing and expensive, costing as much as $250 at a private clinic. The problem is so serious, that a fertility test has been elaborated, which men can do by themselves, at home, with the help of the mobile phone.

A study published in the journal Science Translational Medicine offers a new, non-invasive way for men to determine whether they have fertility issues that need to be addressed.

A new device called “the analyzer” which is in the trial phase and awaiting approval by the U.S. Food and Drug Administration (FDA), attaches to a smartphone, using the phone’s own camera to video the sperm swimming in a test sample. Researchers claim that it is 98 percent accurate in measuring sperm count, mobility and concentration levels. The device is programmed to detect samples below the World Health Organization’s sperm concentration and motility thresholds.

The analyzer promises to be inexpensive, as it costs just $4.50 to produce, using a 3-D printer.
In addition to its ability to help infertile couples identify the source of their problems, it will also be a useful device for men who have recently undergone vasectomy surgery, and who wish to ensure that the operation has successfully done its job.

“The ability to bring point-of-care sperm testing to the consumer, or health facilities with limited resources, is a true game changer,” said Dr. John Petrozza, of the Fertility Center at Massachusetts General Hospital. “More than 40 percent of infertile couples have difficulty conceiving due to sperm abnormalities and this development will provide faster and improved access to fertility care.”

This kind of testing, that one can do by himself, far from embarrassing looks, seems very comfortable. Yet, in the age of surveillance, the problem of intimacy moves somewhere else – the private life details get to be known by those who collect data from mobile phones.

The link between patience, willpower and imagination