According to an article published by the Business Insider on July 7, 2017, the tensions between NATO and Russia are mounting. “With US and Russia backing opposite sides in the Syrian Civil War, relations between Moscow and NATO have continued to sink to some of their lowest levels since the end of the Cold War”, the article says.

This continuation of tensions has led NATO to carry out significant military activities throughout Europe, and Russia didn’t sit back and watch. Now both sides try to increase the pressure and show their military capabilities.

The following map, from the Institute for the Study for War (ISW) shows how this tension across Europe is playing out. 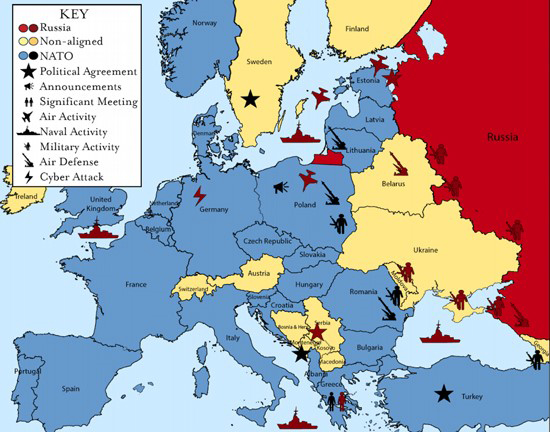 It seems that the worsening of the American-Russian relations inspired the president Vladimir Putin to order a 4-day long drill, evacuating 40 million people from Russia, in October 2016. What is he preparing for?

The West is concerned about this massive drill and many suspect it to be the Russians’ way to demonstrate their power and intimidate America, which isn’t so disturbing on its own, not nearly as disturbing as the belief that some have – that Russia is preparing for WWIII. 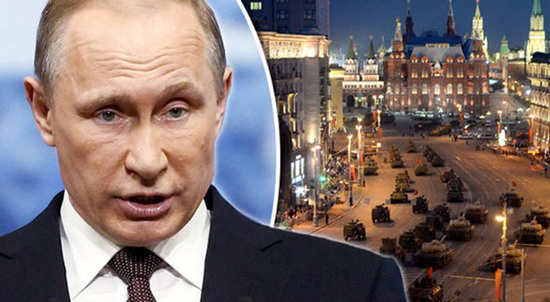 The official version of events states that the emergency drill was supposed to prepare the citizens for “large natural and man-made disasters”, the Russia Minister for Civil Defense, Emergencies and Elimination of Consequences of Natural Disaster said. The drill included 40 million civilians, 200,000 emergency rescuers and 50,000 units of equipment.

Here’s what the Russian Ministry’s spokesman said in an official statement:
“The main goal of the drill is to practice organization of management during civil defense events and emergency and fire management, to check the preparedness of management bodies and forces of civil defense on all levels to respond to natural and man-made disasters and to take civil defense measures. They explained the scheme would be divided into three stages: awareness, planning and evacuation.”

Furthermore, the statement said:
“The drill will rehearse radiation, chemical and biological protection of the personnel and population during emergencies at crucial and potentially dangerous facilities. Fire safety, civil defense and human protection at social institutions and public buildings are also planned to be checked. Response units will deploy radiation, chemical and biological monitoring centers and sanitation posts at the emergency areas, while laboratory control networks are going to be put on standby.”

At the time, there was a reaction from the U.S. State Department, condemning Russia’s actions in Syria and blaming them for all the deaths and destruction that followed them.

Amid growing international tensions, particularly over Russia’s conduct in Syria, the Russian Defense Ministry-run Zvezda TV network announced prior to the October 4-7 drill: “Schizophrenics from America are sharpening nuclear weapons for Moscow.”

Garlic Kills 14 Kinds Of Cancer and 13 Types Of Infection. Why Don’t Doctors prescribe it?