Nanoparticle additives in your food (2)


All nanoparticles bind to gut bacteria

According to a study, published last year, all nanoparticles in food have the ability to bind to all types of gut bacteria, albeit to varying degrees, thereby altering the bacteria’s life cycle and activity inside your body. 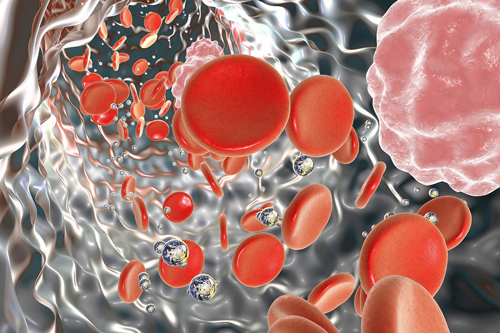 While the authors suggest these characteristics may render nanoparticles usable in medicine – they could potentially be used to push the gut microbiome in a positive direction, for example – they may also cause problems. As noted in Medical News Today, which reported the team’s findings:

“Compared with bigger particles derived from the same materials, nanoparticles have a much larger surface area relative to their size … and are able to cross biological barriers. These barriers include the mucus layer that lines tissues such as the gut.

For these reasons, their fate in the human gut is likely to differ greatly from that of larger-scale counterparts derived from the same materials. According to the study authors, ‘It is, therefore, important to ensure that any nano-enabled food ingredients are safe for application in foods’ …

A potential outcome that could be of benefit is the inhibition of infections, for example by H. pylori. The team made this discovery when experimenting with silica nanoparticles in cell cultures.

However, a potentially disturbing prospect that came up in other experiments was that binding to nanoparticles could render some unfriendly bacteria less visible to the immune system. Such a result could increase inflammation responses, for instance.”

As noted in a 2018 paper in the journal Nanotechnology Reviews, “There is an imbalance between the increase in research to identify new nanoparticle applications and their safety …”

The authors further point out that “It has been observed that people perceive nanotechnology risks similar to genetically modified food, thus reducing the consumption of such food,” and that while “there are numerous studies on the use of nanotechnology in food and the effect of nanoparticles on human health,” few analyses of the available evidence have been performed.

In an attempt to fill this void, the authors “present and analyze different studies on the use and the safety of nanoparticles in food.” This is a good paper to read through if you want a comprehensive overview of their use and potential toxicities.

Problematically, “After years of research, we have only come to the conclusion that materials at nanoscale show drastically different properties and unexpected behavior,” the authors state, adding that “This unexpected behavior is what leads to our concerns about its toxicity.”

The fourth section, “Nanotoxicity,” reads in part:
“Nanoparticles have the unique property of increased surface area per unit volume. This renders them to behave completely different from their bulk counterparts … [N]anoparticles are more likely to react with various biological entities such as lipids and proteins or cells as a whole. Nanoparticles may cross the cell membrane entering various organs and activate inflammatory or other immune responses.

The dose-response relationship from these experiments determines the optimum dose and acceptable limits for chemicals. However, unlike conventional chemicals … nanoparticles … have shapes, surface area, and surface electrical charge completely different from bulk counterparts. These might diffuse, aggregate, sediment, and change the physical and chemical properties of the media they are kept in.

The major inference that we draw is that the conventional in vitro assays may misinterpret the results and the dose-response regimes. These conventional assays do not take into account the anomalous behavior of nanoparticles in the environment and their cellular uptake.” 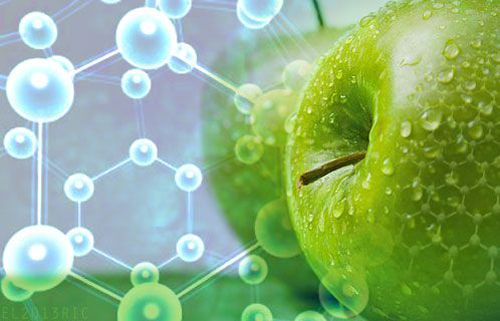 According to the authors, several factors can affect the toxicity of nanoparticles, including dosage, chemical reactivity, charge distribution, size and shape of the particle, and the particle’s surface area. Other influencing factors include the fact that “the interaction between the nanoparticle and the biological membrane can be either physical or chemical.”

Multiple exposure routes further complicate the picture when trying to identify health risks. Similarly, the route a nanoparticle uses to enter any given cell can also influence its toxic potential to the cell, as different entry routes generate greater or lesser stress.

“The fact that their particles can distort lipid organization and overall membrane structure is an evidence in itself that the nanoparticles may affect biology as a whole,” the authors note, adding “There is an urgent need for information to better understand the nanoparticle-biological interactions and processes.”

FDA Does not regulate nanoparticles in food

While the EU has required engineered nano ingredients to be clearly indicated on the food label, no such rules exist in the U.S. When asked for a comment, the U.S. Food and Drug Administration told The Guardian “there are no specific provisions in the Federal Food, Drug, and Cosmetic Act that deal with nanomaterials in food.”

Many do not realize that food additives are not automatically required to get premarket approval by the FDA, or that items that fall under the “generally recognized as safe” (GRAS) designation are exempt from the approval process altogether.

The problem with the GRAS program is that a company can simply hire an industry insider to evaluate the chemical, and if that individual determines that the chemical meets federal safety standards, it can be deemed GRAS without any involvement from the FDA. No independent third party objective evaluation is required.35 As a result, we now have many so-called GRAS chemicals in our food supply that have never existed in the food supply before.

Adding further complexity to an already complicated picture is research showing that when you consume multiple food additives in combination, the health effects may be more serious than previously imagined.

In 2015, Denmark’s “largest research project on chemical cocktail effects in food,” led by the National Food Institute, concluded that even small amounts of chemicals can amplify each other’s adverse effects when combined. As reported by the Institute:

“A recently completed, four-year research project on cocktail effects in foods … has established that when two or more chemicals appear together, they often have an additive effect. This means that cocktail effects can be predicted based on information from single chemicals, but also that small amounts of chemicals when present together can have significant negative effects.

‘Our research shows that indeed, little strokes fell great oaks also when it comes to chemical exposure. Going forward this insight has a profound impact on the way we should assess the risk posed by chemicals we are exposed to through the foods we eat,’ Professor Anne Marie Vinggaard from the National Food Institute says.”

While this research did not address nanosized additives, it stands to reason that since nanoparticles tend to be more reactive and unpredictable than their bulkier conventional counterparts, when combined with other additives – nanosized or not – the risk of toxicity may be significantly magnified.

Avoid processed foods to side step many potential hazards 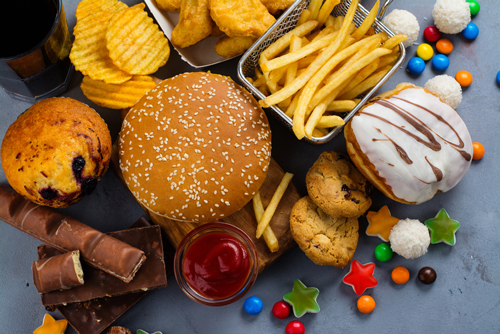 The food industry has dramatically altered our diet, and these changes directly affect your weight and overall health. A large part of the problem stems from the processes used to manufacture the food, as food processing destroys valuable nutrients.

It also removes much of the food’s original flavor, and to address these shortcomings, synthetic nutrients, flavors, colors and other additives are used. Many of these added chemicals can wreak metabolic havoc, as your body doesn’t quite know what to do with them.

Another factor that makes processed foods the antithesis of a healthy diet is the excessive use of refined sugar and processed fructose. Virtually all processed foods contain added sugar – including commercial infant formula and baby food. Most processed foods are also loaded with genetically engineered ingredients and/or glyphosate, the most widely used herbicide in the history of agriculture.

If you’re concerned about your health, buying a good cook book and cooking from scratch using whole, organic ingredients is one of the best investments you could possibly make.

Remember, a processed food diet sets the stage for obesity and any number of chronic health issues. In fact, many of the top diseases plaguing the United States are diet-related, including heart disease, diabetes and cancer. The answer to these health problems lies not in a pill, but, primarily, in what you eat every day.