Narcotics and Covert Intelligence: How the CIA Commandeered the War on Drugs (2) 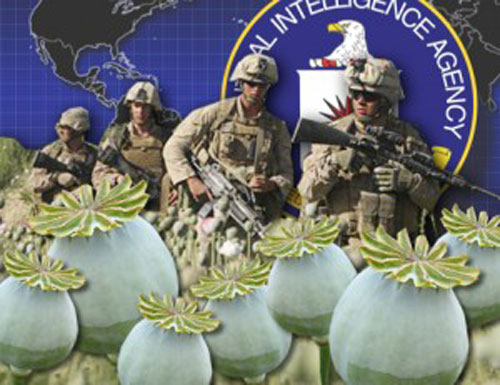 By 1970, BNDD Director Ingersoll’s inspections staff had gathered enough evidence to warrant the investigation of dozens of corrupt FBN agents who had risen to management positions in the BNDD. But Ingersoll could not investigate his top managers while simultaneously investigating drug traffickers. So he asked CIA Director Helms for help building a “counter-intelligence” capacity within the BNDD.

The result was Operation Twofold, in which 19 CIA officers were infiltrated into the BNDD, ostensibly to spy on corrupt BNDD officials. According to the BNDD’s Chief Inspector Patrick Fuller, “A corporation engaged in law enforcement hired three CIA officers posing as private businessmen to do the contact and interview work.”

CIA recruiter Jerry Soul, a former Operation 40 case officer, primarily selected officers whose careers had stalled due to the gradual reduction of forces in Southeast Asia. Those hired were put through the BNDD’s training course and assigned to spy on a particular regional director. No records were kept and some participants have never been identified.

Charles Gutensohn was a typical Twofold “torpedo.” Prior to his recruitment into the BNDD, Gutensohn had spent two years at the CIA’s base in Pakse, a major heroin transit point between Laos and South Vietnam. “Fuller said that when we communicated, I was to be known as Leo Adams for Los Angeles,” Gutensohn said. “He was to be Walter DeCarlo, for Washington, DC.”

Gutensohn’s cover, however, was blown before he got to Los Angeles. “Someone at headquarters was talking and everyone knew,” he recalled. “About a month after I arrived, one of the agents said to me, ‘I hear that Pat Fuller signed your credentials’.”

Twofold, which existed at least until 1974, was deemed by the Rockefeller Commission to have “violated the 1947 Act which prohibits the CIA’s participation in law enforcement activities.” It also, as shall be discussed later, served as a cover for clandestine CIA operations.

The Nixon White House blamed the BNDD’s failure to stop international drug trafficking on its underdeveloped intelligence capabilities, a situation that opened the door to further CIA infiltration. In late 1970, CIA Director Helms arranged for his recently retired chief of continuing intelligence, E. Drexel Godfrey, to review BNDD intelligence procedures. Among other things, Godfrey recommended that the BNDD create regional intelligence units (RIUs) and an office of strategic intelligence (SI0).

The RIUs were up and running by 1971 with CIA officers often assigned as analysts, prompting BNDD agents to view the RIUs with suspicion, as repositories for Twofold torpedoes.

The SIO was harder to implement, given its arcane function as a tool to help top managers formulate plans and strategies “in the political sphere.” As SIO Director John Warner explained, “We needed to understand the political climate in Thailand in order to address the problem. We needed to know what kind of protection the Thai police were affording traffickers. We were looking for an intelligence office that could deal with those sorts of issues, on the ground, overseas.”

Organizing the SIO fell to CIA officers Adrian Swain and Tom Tripodi, both of whom were recruited into the BNDD. In April 1971 they accompanied Ingersoll to Saigon, where Station Chief Shackley briefed them. Through his CIA contacts, Swain obtained maps of drug-smuggling routes in Southeast Asia.

Upon their return to the U.S., Swain and Tripodi expressed frustration that the CIA had access to people capable of providing the BNDD with intelligence, but these people “were involved in narcotics trafficking and the CIA did not want to identify them.”

Seeking a way to circumvent the CIA, they recommended the creation of a “special operations or strategic operations staff” that would function as the BNDD’s own CIA “using a backdoor approach to gather intelligence in support of operations.” Those operations would rely on “longer range, deep penetration, clandestine assets, who remain undercover, do not appear during the course of any trial and are recruited and directed by the Special Operations agents on a covert basis.”

The White House approved the plan and in May 1971, Kissinger presented a $120 million drug control proposal, of which $50 million was earmarked for special operations. Three weeks later Nixon declared “war on drugs,” at which point Congress responded with funding for the SIO and authorization for the extra-legal operations Swain and Tripodi envisioned. 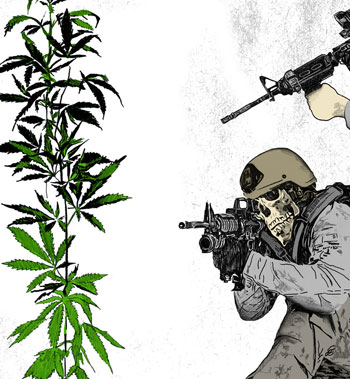 SIO Director Warner was given a seat on the U.S. Intelligence Board so the SIO could obtain raw intelligence from the CIA. But, in return, the SIO was compelled to adopt CIA security procedures. A CIA officer established the SIO’s file room and computer system; safes and steel doors were installed; and witting agents had to obtain CIA clearances.

Active-duty CIA officers were assigned to the SIO as desk officers for Europe and the Middle East, the Far East, and Latin America. Tripodi was assigned as chief of operations. Tripodi had spent the previous six years in the CIA’s Security Research Services, where his duties included the penetration of peace groups, as well as setting up firms to conduct black bag jobs. Notably, White House “Plumber” E. Howard Hunt inherited Tripodi’s Special Operations unit, which included several of the Watergate burglars.

Tripodi liaised with the CIA on matters of mutual interest and the covert collection of narcotics intelligence outside of routine BNDD channels. As part of his operational plan, code-named Medusa, Tripodi proposed that SIO agents hire foreign nationals to blow up contrabandista planes while they were refueling at clandestine air strips. Another proposal called for ambushing traffickers in America, and taking their drugs and money.

The creation of the SIO coincided with the assignment of CIA officer Lucien Conein to the BNDD. As a member of the OSS, Conein had parachuted into France to form resistance cells that included Corsican gangsters. As a CIA officer, Conein in 1954 was assigned to Vietnam to organize anti-communist forces, and in 1963 achieved infamy as the intermediary between the Kennedy White House and the cabal of generals that murdered President Diem.

Historian Alfred McCoy has alleged that, in 1965, Conein arranged a truce between the CIA and drug trafficking Corsicans in Saigon. The truce, according to McCoy, allowed the Corsicans to traffic, as long as they served as contact men for the CIA. The truce also endowed the Corsicans with “free passage” at a time when Marseilles’ heroin labs were turning from Turkish to Southeast Asian morphine base.

Conein denied McCoy’s allegation and insisted that his meeting with the Corsicans was solely to resolve a problem caused by Daniel Ellsberg’s “peccadilloes with the mistress of a Corsican.”

It is impossible to know who is telling the truth. What is known is that in July 1971, on Howard Hunt’s recommendation, the White House hired Conein as an expert on Corsican drug traffickers in Southeast Asia. Conein was assigned as a consultant to the SIO’s Far East Asia desk. His activities will soon be discussed in greater detail.

In September 1971, the Heroin Committee was reorganized as the Cabinet Committee for International Narcotics Control (CCINC) under Secretary of State William Rogers. CCINC’s mandate was to “set policies which relate international considerations to domestic considerations.” By 1975, its budget amounted to $875 million, and the war on drugs had become a most profitable industry.

Concurrently, the CIA formed a unilateral drug unit in its operations division under Seymour Bolten. Known as the Special Assistant to the Director for the Coordination of Narcotics, Bolten directed CIA division and station chiefs in unilateral drug control operations. In doing this, Bolten worked closely with Ted Shackley, who in 1972 was appointed head of the CIA’s Western Hemisphere Division. Bolten and Shackley had worked together in post-war Germany, as well as in anti-Castro Cubans operations in the early 1960s. Their collaboration would grease federal drug law enforcement’s skid into oblivion.

Bolten “screwed” the BNDD, and the American judicial system, by setting up a “parallel mechanism” based on a computerized register of international drug traffickers and a CIA-staffed communications crew that intercepted calls from drug traffickers inside the U.S. to their accomplices around the world. The International Narcotics Information Network (INIS) was modeled on a computerized management information system Shackley had used to terrorize the underground resistance in South Vietnam.

Bolten’s staff also “re-tooled” dozens of CIA officers and slipped them into the BNDD. Several went to Lou Conein at the SIO for clandestine, highly illegal operations.

Factions within the CIA and military were opposed to Bolten’s parallel mechanism, but CIA Executive Director William Colby supported Bolten’s plan to preempt the BNDD and use its agents and informants for unilateral CIA purposes. The White House also supported the plan for political purposes related to Watergate. Top BNDD officials who resisted were expunged; those who cooperated were rewarded.

In September 1972, DCI Helms (then immersed in Watergate intrigues), told BNDD Director Ingersoll that the CIA had prepared files on specific drug traffickers in Miami, the Florida Keys, and the Caribbean. Helms said the CIA would provide Ingersoll with assets to pursue the traffickers and develop information on targets of opportunity. The CIA would also provide operational, technical, and financial support. 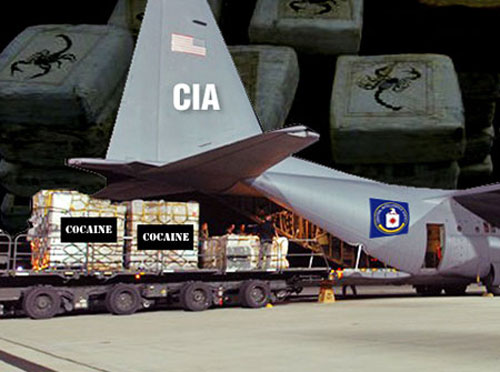 BNDD officials managed BUNCIN’s legal activities, while Conein at the SIO managed its political and CIA aspects. According to Conein’s administrative deputy, Rich Kobakoff, “BUNCIN was an experiment in how to finesse the law. The end product was intelligence, not seizures or arrests.”

CIA officers Robert Medell and William Logay were selected to manage BUNCIN. A Bay of Pigs veteran born in Cuba, Medell was initially assigned to the Twofold program. Medell was BUNCIN’s “covert” agent and recruited its principal agents. All of his assets had previously worked for the CIA, and all believed they were working for it again.

Medell started running agents in March 1973 with the stated goal of penetrating the Trafficante organization. To this end the BNDD’s Enforcement Chief, Andy Tartaglino, introduced Medell to Sal Caneba, a retired Mafioso who had been in business with Trafficante in the 1950s. Caneba in one day identified the head of the Cuban side of the Trafficante family, as well as its organizational structure.

But the CIA refused to allow the BNDD to pursue the investigation, because it had employed Trafficante in its assassination attempts against Fidel Castro, and because Trafficante’s Operation 40 associates were performing similar functions for the CIA around the world.

Medell’s Principal Agent was Bay of Pigs veteran Guillermo Tabraue, whom the CIA paid $1,400 a week. While receiving this princely sum, Tabraue participated in the “Alvarez-Cruz” drug smuggling ring.

Bill Logay was the “overt” agent assigned to the BUNCIN office in Miami. Logay had been Shackley’s bodyguard in Saigon in 1969. From 1970-1971, Logay had served as a special police liaison and drug coordinator in Saigon’s Precinct 5. Logay was also asked to join Twofold, but claims to have refused.

Medell and Logay’s reports were hand delivered to BNDD headquarters via the Defense Department’s classified courier service. The Defense Department was in charge of emergency planning and provided BUNCIN agents with special communications equipment. The CIA supplied BUNCIN’s assets with forged IDs that enabled them to work for foreign governments, including Panama, Venezuela and Costa Rica.

Like Twofold, BUNCIN had two agendas. One, according to Chief Inspector Fuller, “was told” and had a narcotics mission. The other provided cover for the Plumbers. Orders for the domestic political facet emanated from the White House and passed through Conein to “Plumber” Gordon Liddy and his “Operation Gemstone” squad of exile Cuban terrorists from the Artime organization.

Establishment Media Has Abandoned Objectivity and Engages Mostly in Agenda-Pushing