Images captured by the Mars Global Surveyor (MGS) spacecraft reveal what looks like three huge towers on Mars equally spaced out from one another and symmetrically aligned.

The massive structures were spotted in the Terra Meridiani area of Mars located just south of the equator where surface material appear to be constantly in the process of getting stripped away. 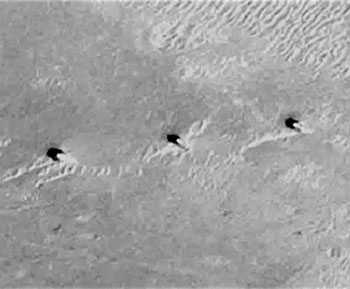 The towers appear to be artificial and laid out in the same pattern as the famous Giza pyramids of Egypt. 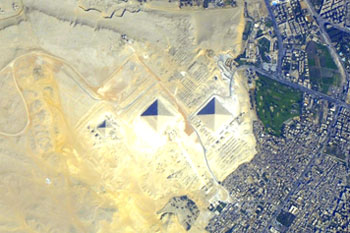 The Daily Sheeple reports: “Here’s yet another curious find on the surface of the red planet. It looks like three towers spaced equidistant from one another in the same pattern as the pyramids at Giza or the belt in the constellation Orion.” 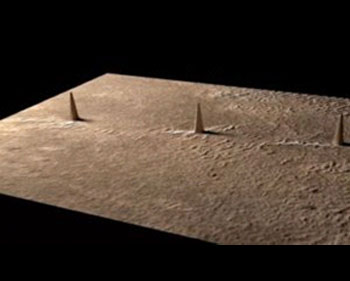 Thoughts? Something about these towers definitely does not look natural…
Well, it certainly wouldn’t be the first time strange things have been found on Mars, anyway.