Nazis in the FBI: It’s an Outgrowth of Gestapo

While thousands of Nazis were allowed to immigrate and were given disguised identities, Jews were turned away from the US at the same time. They were supposedly considered a security risk.

American taxpayers have been helping to support these ex-Nazis ever since. Those who have attempted to expose the US’ involvement in harboring Nazis have been attacked by the FBI, harassed and more recently declared a threat to national security. 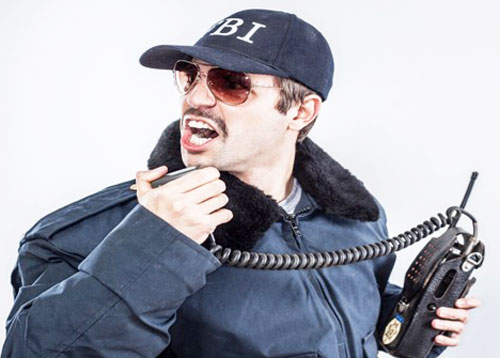 As if the governments covert, taxpayer-funded employment of Nazis after World War II wasn’t bad enough, U.S. government agencies, like the FBI or the CIA, and the military have fully embraced many of the Nazis well-honed policing tactics, and have used them repeatedly against American citizens.

These are not tactics used by constitutional republics, where the rule of law and the rights of the citizenry reign supreme. Rather, they are the hallmarks of authoritarian regimes, where the only law that counts comes in the form of heavy-handed, unilateral dictates from a supreme ruler who uses a secret police to control the populace.

It is the FBI more than any other agency that wields these virtually unbridled powers domestically. Its tactics include surveillance, disinformation, blackmail, entrapment, intimidation, harassment and indoctrination, governmental overreach, abuse, misconduct, trespassing, enabling criminal activity, damaging private property and more.

Post-9/11 Congress has virtually abdicated responsibility, partially because by law, the FBI is supposed to collect a dossier on them. The FBI pretty much does as it wants beyond the reach of laws that would limit its abusive power or make it subject once more to constitutional limits.

It illegally operates over 50 offices abroad, though its brief is supposedly only domestic. It has set up its own illegal repository of profiles of tens of thousands of Americans and legal residents who are not accused of any crime. Increasingly this database is available to private entities for routine background checks.

The agency has a budget of over $8 billion and issues tens of thousands of National Security Letters that collects financial records and other personal information on a very questionable basis.

If you live in America, you do not have to be vocal about such views. The FBI will come to you anyway, as it routinely infiltrates groups and businesses of all kinds. If you have anti-government sentiments you can easily be caught up in FBI investigations and blackmail and entrapment.

In the wake of the 9/11 terrorist attacks, the FBI started to create forward leaning preventative prosecutions that ensnare and utilize informants who are given permission to break the law to bring the case to a successful conclusion.
Sometimes these informants first commit crimes that get them caught by the FBI, and some speculate even mind control may be experimented with them.

The journalists with The Daily Bell tell they had their own experiences with this sort of FBI intimidation. He was actually picked up by FBI wiretaps involving 9/11 information. The phone tapping led to the FBI writing emails to the alternative news website, suggesting that they cooperate with the agency in investigating off shore activity that some involved in The Daily Bell were supposedly involved with.

The emails were signed by someone called “Nalum” and then by someone who called himself “God”. These emails have kept up on and off for an incredible seven years now, which shows the extent of institutional memory. The group has even written an exposé of supposed activities using a spurious author who supposedly has no affiliation with police work, but obviously does.

Even more incredibly, the FBI, has decided the way to expose The Daily Bell is via an accusation of “Fake News”. The Daily Bell has been put on a list of groups that are supposedly involved with producing “Fake News”, including The Drudge Report and others.

When the time comes, the “Fake News” accusations will be triggered and the article and other information they have gathered over seven years will be suddenly discovered and further publicized. The idea is to avoid exposing the initial methodology of the 9/11 wiretapping which was patently illegal and outrageous.

That is the FBI story which has led one of the The Daily Bell journalists to abandon the US and travel abroad, for which he later received a death threat and also a suggestion to kill himself. This is a tactic the FBI has used since encouraging Martin Luther King Jr. to kill himself in a letter they sent him.

Conclusion: When and if a true history of the FBI is ever written, it will not only track the rise of the American police state but it will also chart the decline of freedom in America. We can certainly vouch for that and for the FBI’s insatiable, illegal energy in pursuing people who are writing columns and articles it doesn’t like.