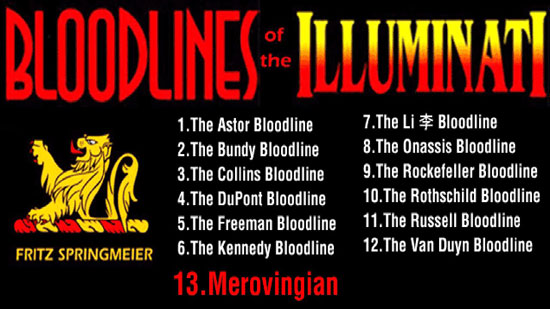 The undeclared civil war inside the ranks of the Western elite is continuing to rage, with both sides carrying out major offensives. Ultimately, this battle is between the old aristocratic bloodlines, strongest in Europe, and the anti-bloodline Gnostic Illuminati, now prevalent inside the U.S.

The biggest battleground continues to be Washington, D.C., where the old establishment is fighting for its life and losing against the military-backed regime of President Donald Trump.

However, the situation in Europe is also heating up intensely as the Russia/China Eurasian alliance moves to consolidate control there in alliance with some old-bloodline factions, according to White Dragon Society sources in Europe. Germany and Turkey, reviving a World War I alliance, are leading the anti-U.S. moves there. Also, Italy’s new government has declared open warfare against the Khazarian mafia cabal in a move that will bring new turmoil to the Eurozone.

We will start with a look at the situation inside the U.S. Here, the U.S. military is supporting President Donald Trump in some ways, while fighting against him in others. This ambiguous stance can be seen in the form of a continuing major offensive against pedophiles and other corrupt elements in the old establishment.

A Pentagon source summed up the situation as follows: “After 8 months of defiance, liberals are reeling from their defeat in the culture war as the NFL was forced to ban kneeling when the national anthem is sung, and nearly 8 months after a New York Times exposé, Manhattan prosecutors were forced to arrest Harvey Weinstein”.

Furthermore, the impending retirement of Supreme Court Justice Anthony Kennedy is expected to give the Trump regime control over the Supreme Court, the sources say. This will make it possible to carry out the long-awaited mass arrests without interference from cabal agents in the justice system, the sources note. It will also make a big difference in the culture wars, as a pushback to family values and away from promoting non-reproductive sex intensifies with Christian support.

As a part of these culture wars, Harvey Weinstein’s criminal trial is putting a lot of pressure on the Hollywood elite. Pentagon sources are saying that Weinstein “signals with the book he carries about Communist director Elia Kazan that he will rat on other predators and pedos in Hollywood”. Kazan’s “testimony as a witness before the House Committee on Un-American Activities in 1952 at the time of the Hollywood blacklist brought him strong negative reactions from many liberal friends and colleagues”.

Various other “rats” have been singing like canaries for a while now in a bid to get off the sinking cabal ship. In particular, we now know that Jeffrey Epstein, who ran a pedophile island used to compromise and blackmail elite politicians, etc., is now an FBI informant who has been squealing to U.S. special prosecutor Robert Mueller. This is important because Mueller, despite his past tainted by 9/11 etc., is now working for the U.S. military. Since Trump himself has been a visitor to this pedophile island, the military is getting evidence he was blackmailed into doing Israel’s bidding in places like Syria and Iran, Pentagon sources say.

The pushback against Trump’s Zionist blackmail-induced activity in the Middle East could be seen when “the House on May 23 banned Trump from declaring war on Iran without Congressional approval, and Congress on May 24 killed a measure for the U.S. to recognize Golan as part of Israel” the sources say. In other words, Zionist blackmail against Trump is not going to be enough to allow these fanatics the opportunity to start their long-awaited World War III.

Other Pentagon sources, meanwhile, are saying a major victory against the Zionist-controlled banks was achieved last week (in mid-May) and that as a result, trillions of dollars fraudulently obtained after the Lehman crisis is now going to be used for a new financial system. The source says: “…that a gold-backed U.S. dollar looms on the horizon; that the U.S. government is going to stop borrowing money from the banks; that Donald Trump may have succeeded in getting back perhaps…

…$15 trillion in credits from the $23-43 trillion now known to have been stolen by the banks; and – most importantly for the American public – that sometime in June over a trillion dollars will be released into the U.S. economy through trusted stewards – normal people, many of them veterans – to inspire a job creation and new construction boom such as we have not seen since the aftermath of World War II. The massive investments in mostly black inner cities and mostly white impoverished rural areas is part of this deal.”

This financial move, if it is realized, is definitely connected to ongoing intrigue in Saudi Arabia, the current main financial backer of the old petro-dollar. Here, de facto monarch Mohammad bin Salman has not been seen in public since a shoot-out was reported at his palace on April 21, 2018. This move against Salman, who was put in power by Israeli special forces, is definitely linked to attacks on Saudi agent and former CIA head John Brennan, the sources say. Brennan is now being blamed as the source for the entire “Russiagate” witch-hunt against Trump, they say.

No doubt, stress over the impeding doom of his protégé Brennan is one reason why 93-year old George Bush Sr. is in the hospital again.

Another blow against the Bush/Nazi faction of the cabal may come soon in the form of a military coup in Brazil, Pentagon sources are saying. Here, a truckers’ strike has paralyzed the economy. This is expected to be the trigger for a military coup that will restore former presidents Dilma Rousseff and Lula da Silva “from Zionist usurpers who seized control of the central bank in 2016”, the sources say.

The Zionists also failed in their recent push to derail a peace deal with North Korea by using their agent John Bolton to issue provocative statements. This move was supposed to be coordinated with an attack in Korea by an Israeli submarine pretending to be a North Korean submarine, Pentagon sources say. Instead, however, the Zionists lost yet another submarine near Korea, the sources say.

The battle for the planet Earth is also raging in Europe. Here, market-watchers are seeing many obvious signs that a new crisis is coming. While Germany and France are looking increasingly towards Russia and China, the situation to watch is now in Italy and Spain.

Spain and Italy, especially, are going to be big in the news cycle over the coming weeks. To put this situation in perspective, the Italian and Spanish GDPs combined are worth more than $3 trillion, or 16 times the $194 billion GDP of Greece. This means the crisis will be 16 times bigger than the Greek crisis that, by itself, nearly undid the Euro. 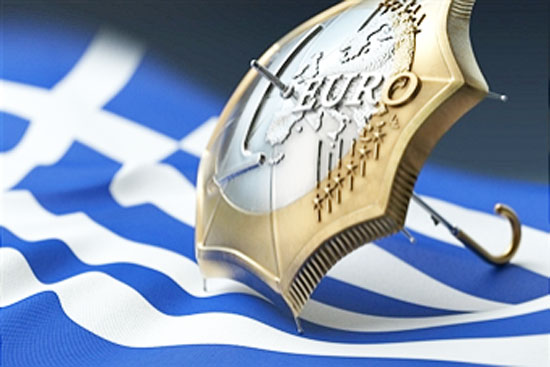 The Italians now have a government that plans to do something about the slow destruction of the Italian economy caused by its participation in the Euro by issuing a new currency to pay for various plans to fix Italy’s economy. The old establishment is so upset about the new Italian government that Italian President Sergio Mattarella vetoed their candidate for Finance Minister because he is opposed to the Euro. The Italian president is supposed to be a figurehead, and this anti-democratic move is going to result in an open attack on the Italian deep state, according to P2 Freemason lodge sources. Italy’s Five Star leader Luigi Di Maio said that President Sergio Mattarella should be impeached for betraying the state because of his rejection of a Eurosceptic as economy minister.

A comparable thing is likely to happen in Spain because of similar structural problems related to the Euro. These problems can only be solved by these countries either giving up economic sovereignty or else issuing their own currency. The governments in both countries favor issuing new currencies. However, any new currencies in Southern Europe would not only endanger the Euro, they would also open the way for the big Kahuna – a new currency for the United States to replace or cohabit with the no-longer-American U.S. dollar.

In other words, the existing financial paradigm is likely to face its biggest crisis since the Lehman shock, and this time it may not survive without a complete reboot. Until that happens, we can expect financial turmoil.

Typically with these crises, the first victims will be those with the riskiest gambling portfolios – in this case people who have been buying junk bonds and stocks at historically unsustainable prices.

On a final note, we must inform our readers there is a lot we are being asked not to report just yet so the bad guys cannot interfere. However, we can say that the good guys, with really nice plans for the planet, are headed for victory. Planetary liberation is coming soon.