Even though we’ve made tremendous advances in science in recent years, some of the best medicine you can find today comes from plants and trees. Case in point: broccoli. It’s always been considered a health food, but now, a study published in the Journal of Nutrition shows that this cruciferous vegetable has the power to protect against liver cancer. 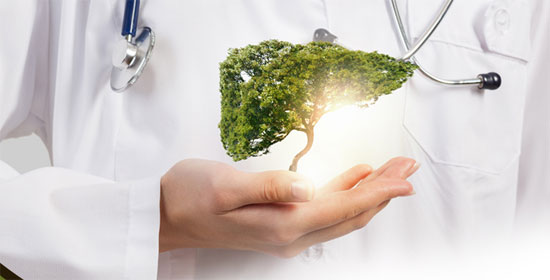 It’s an important finding as obesity – which has been linked to liver cancer – is skyrocketing in the U.S., due largely to the poor American diet. This unhealthy way of eating sees more sugar and saturated fat stored in the liver and converted to body fat, placing people at risk of non-alcoholic fatty liver disease, which leads to cirrhosis and liver cancer. Obesity places men at a five times higher likelihood of developing this deadly cancer.

Although it has already been established that brassica vegetables like broccoli can protect against some types of cancer, researchers from the University of Illinois wanted to know if it could help liver cancer specifically. They studied four groups of mice, some of whom ate a control diet or a Westernized diet; some were fed broccoli and others weren’t.

The researchers found that the mice who were fed an unhealthy American diet had higher levels of liver cancer, but when broccoli was subsequently added to their diet, the number of nodules they had decreased. Although it didn’t affect their body weight, it did help keep their livers healthier.

Lead Researcher Elizabeth Jeffery said that people should take advantage of the fact that more restaurants are starting to offer broccoli. It’s a good idea to eat it with your meal, she says, especially when eating somewhere that doesn’t offer a lot of lower-fat choices.

Past studies have shown that the sulforaphane in broccoli can target and kill breast cancer stem cells in addition to preventing new malignancies from growing. This is significant when you consider that chemotherapy can’t stop cancer stem cells, which is why some people experience recurrences or cancer spreading after the treatment. Although that study used concentrations that were higher than people would typically get from consuming broccoli, it shows that broccoli extract has the potential to impact cancer.

The University of Illinois study only looked at broccoli, but the researchers believe that other brassica vegetables, like Brussels sprouts and cauliflower, could have the same effect.

Fighting cancer isn’t the only reason to consume broccoli. Rich in nutrients like vitamins C, E and A, it can help your body remove toxins and fight free radicals. It supports the immune system, eyes, skin and urinary system in addition to the liver.

The right way to eat broccoli for health benefits

The best way to get the cancer-fighting compound in broccoli, sulforaphane, into your system is by eating your broccoli raw and freshly chopped or steamed very lightly. Some studies indicate that the levels of sulforaphane in broccoli can be reduced by as much as 90 percent when it’s cooked, with raw broccoli also offering higher bioavailability and faster absorption compared to cooked broccoli.

People should aim for at least three servings of broccoli per week, but eating more is even better. Always seek organic broccoli, preferably grown locally.

It’s never too late to change unhealthy eating habits, and an overall healthy diet low in processed food and sugar is one of the best ways to preserve health and prevent cancer. However, if you’re concerned about your liver, upping your broccoli intake is a powerful first step.