A study that was published in the Obesity issue of the American Association for Clinical Chemistry’s journal, Clinical Chemistry, showed that people face higher risks of becoming obese if they produce higher-than-normal levels of insulin after ingesting processed carbohydrates. 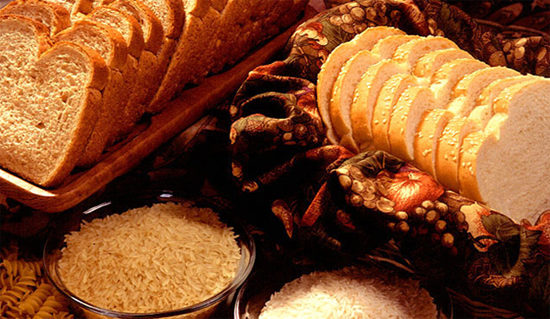 This finding backs the assumption that refined carbs are causing the obesity epidemic.

“Americans are very aware of low-fat diets and because of that we’ve been eating more fat-free and low-fat products. But what many people don’t know is that in many of these products, sugar is being substituted for fat, so we’ve really been trading fat for sugar,” said United States Department of Agriculture (USDA) food scientist Shanthy Bowman.

As obesity rates keep on rising, low-carb diets have become popular throughout the United States as a method to try to control weight gain. The main scientific model that supports the low-carb trend is the carbohydrate-insulin hypothesis, which purports that ingesting fast-digesting carbohydrates (such as potato products, refined grains, and sugars) results in obesity by increasing insulin production.

Even though Americans think that going easy on carbs is healthy, no research has definitively proven that the carbohydrate-insulin hypothesis is accurate, and health experts are still unsure as to whether low-carb diets are beneficial or not.

“It appears that a lifetime of high glucose-stimulated insulin secretion… is obesogenic. These findings lend additional support to the carbohydrate-insulin model of weight regulation, which postulates that diets high in glycemic load promote weight gain through the anabolic effects of increased insulin secretion,” said David Ludwig of Harvard Medical School in Boston, Massachusetts.

Processed carbohydrates, or what are called refined carbohydrates, quickly seep into the bloodstream, leading to dangerous spikes in blood sugar and insulin levels. Such occurrence is a contributor of many Western diseases such as an increase in blood pressure and risks of stroke and heart attack; at the same time, American culture seems to be advocating its proliferation, as the country is famous for its sugary and oily confectioneries – what is known as the Western diet.

Processed carbohydrates come from natural whole foods, but their constituents have been changed in some way – so as to make them more flavorful, or last longer. Carbohydrates are processed via the methods of enzymatic transformation, concentration, industrial extraction, and purification.

Frozen, dried, and canned fruits and vegetables contain processed carbohydrates and are high in sodium. Americans already ingest an average of 3,436 milligrams (mg) of sodium per day, which is higher than the recommended daily intake of 2,300 mg.

Candies and sugar-sweetened beverages should also be avoided as much as possible, for they are chock-full of empty calories and contain no real nutritional benefits.

To gain real carbohydrates, health experts recommend consuming natural foods such as fresh fruits and vegetables; whole grains like barley, brown rice, millet, oats, quinoa, whole-grain bread, and whole-grain couscous; starchy vegetables like corn, potatoes, and yams; and legumes like black beans, peas, and pinto beans. Good carbohydrates are high in naturally-occurring fiber, which not only helps lower blood sugar and insulin levels, but also discourage the preponderance of low-density lipoproteins (or bad cholesterol). Fiber-rich foods help you manage your weight as they can fill you up easily, doing away with the need to eat more food. They also help prevent constipation, hemorrhoids, and certain cancers.

Researchers are stunned at the tremendous anticancer potential of turmeric